Vernal Fall in Yosemite and a Sense of Scale (or, How to Feel Very Small) 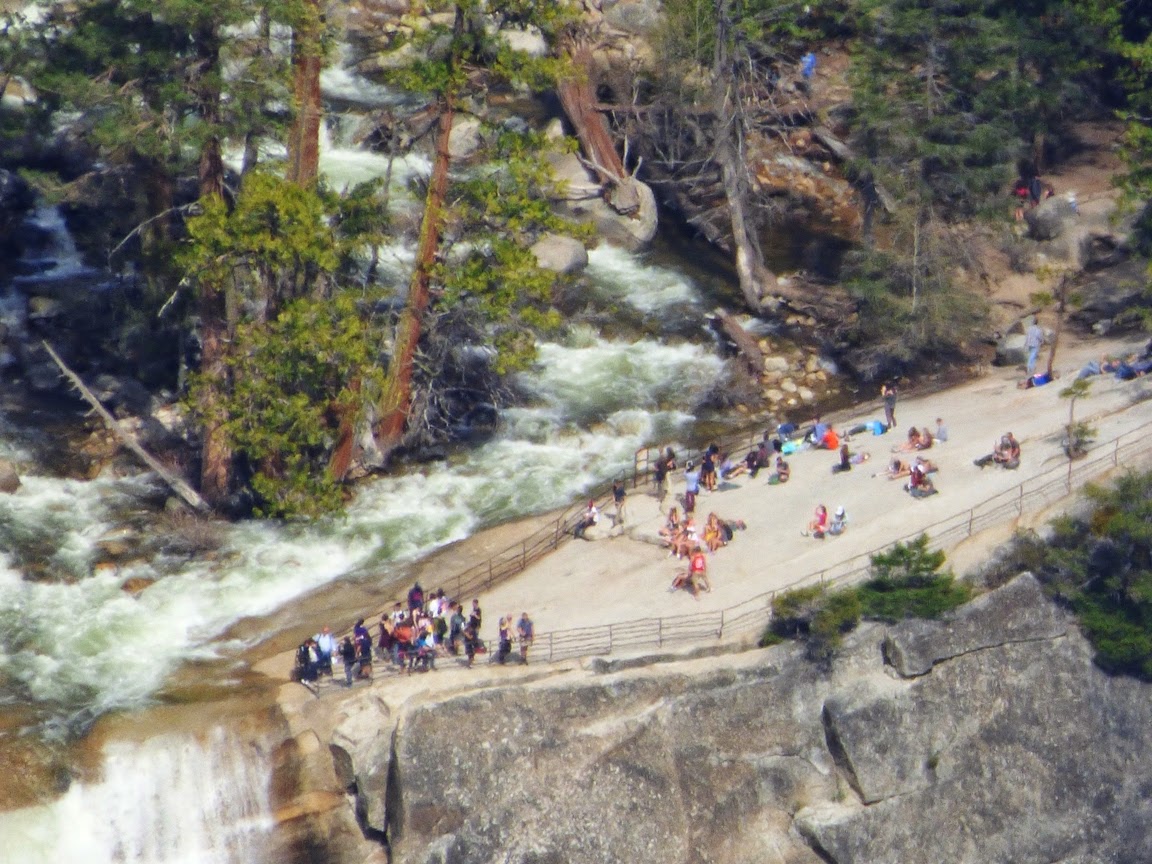 It's a sense of scale that helps us keep perspective. I was at Washburn Point in Yosemite National Park today, and I took a few shots with the zoom of the same spot across the way.

We have a bunch of people apparently enjoying themselves on a flat slab of rock next to a fair sized river. But why the fence? Why aren't they letting people cool their feet in the river on this reasonably warm day? 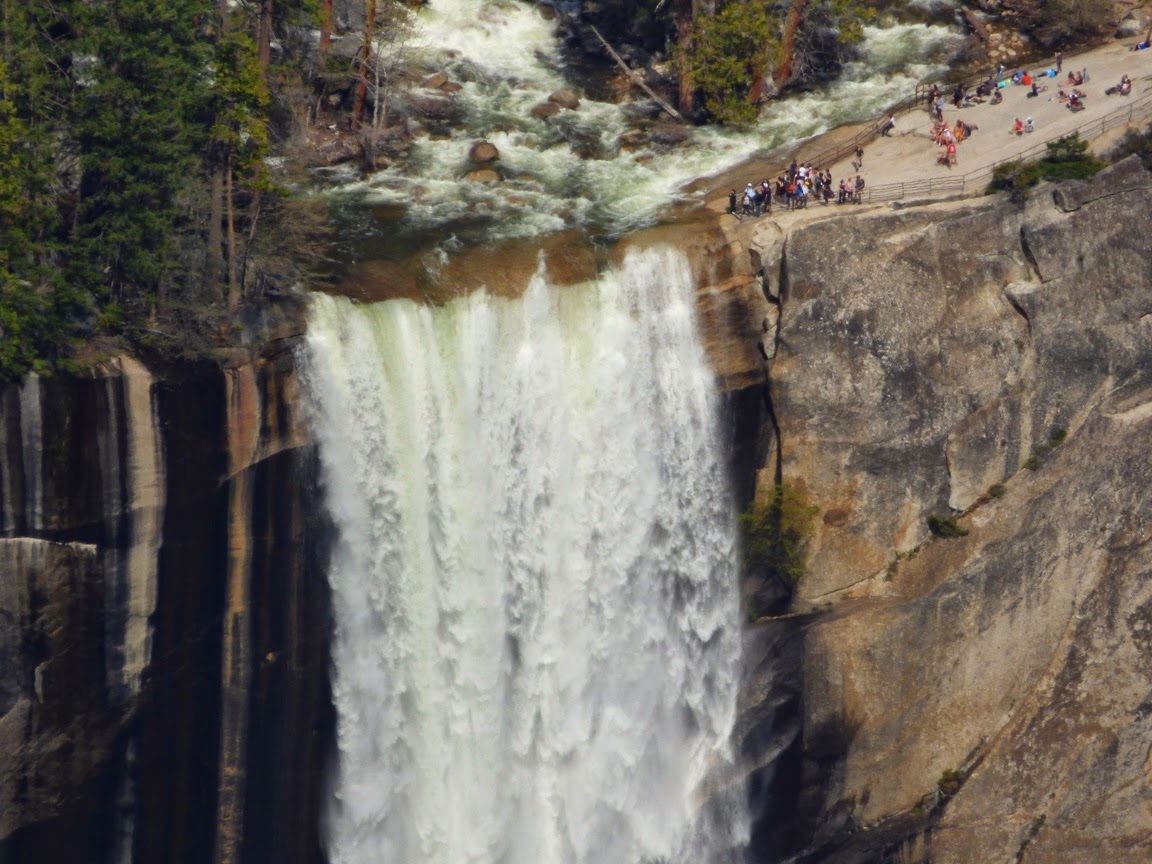 Maybe it is the fact that they are standing at the top of a 318 foot (97 meter) waterfall. And a hell of a dangerous one. It is far too easy to miscalculate just how powerful a flowing river can be. Water only a foot deep can easily knock you off your feet, and the rock can be exceedingly smooth from glacial erosion and slick with algae. Too many people on the wrong side of the fence have lost their lives. 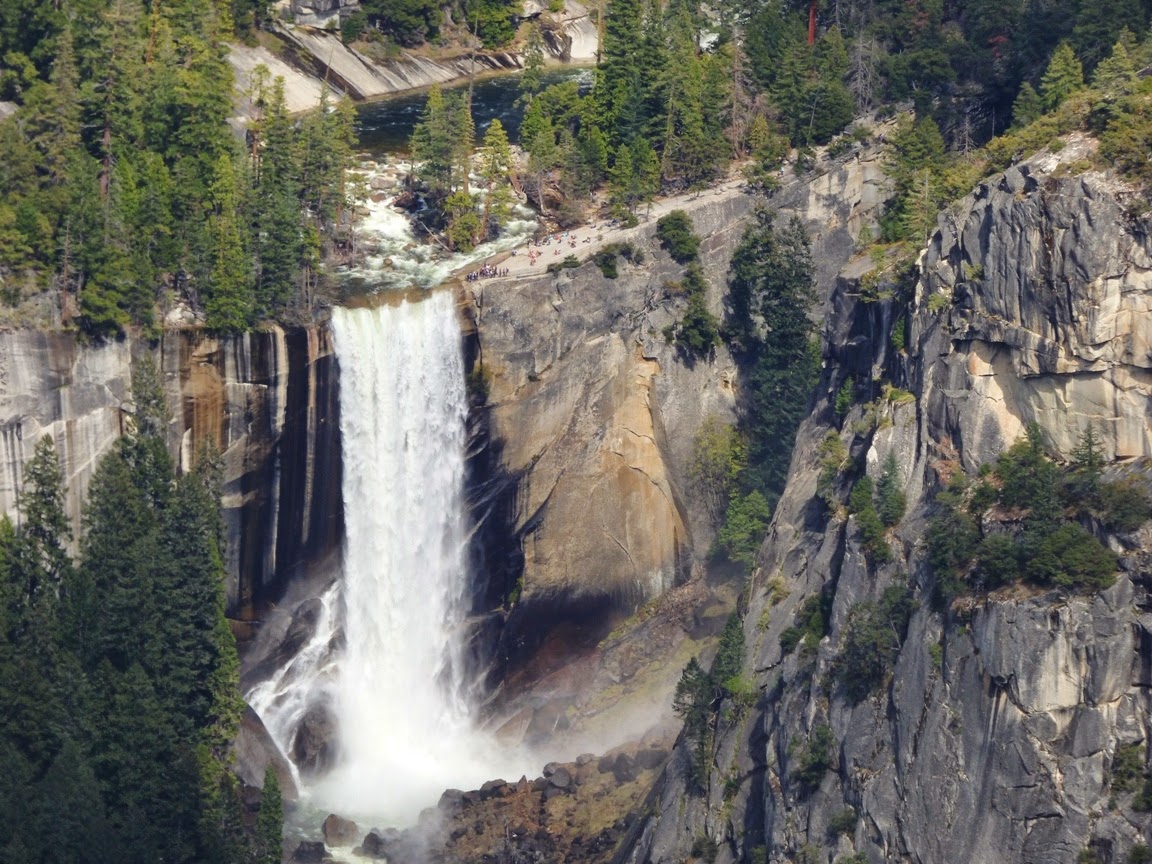 As we pull back even more, we can see the full extent of the waterfall, and the insignificance of the people gathered around the brink. They are now barely visible. This is Vernal Fall on the Merced River just upstream of Yosemite Valley. It formed because the glaciers that once flowed through the valley plucked away at highly jointed rocks forming what is called a glacial stairstep. It is just one of many spectacular waterfalls in Yosemite that leave one feeling awestruck. 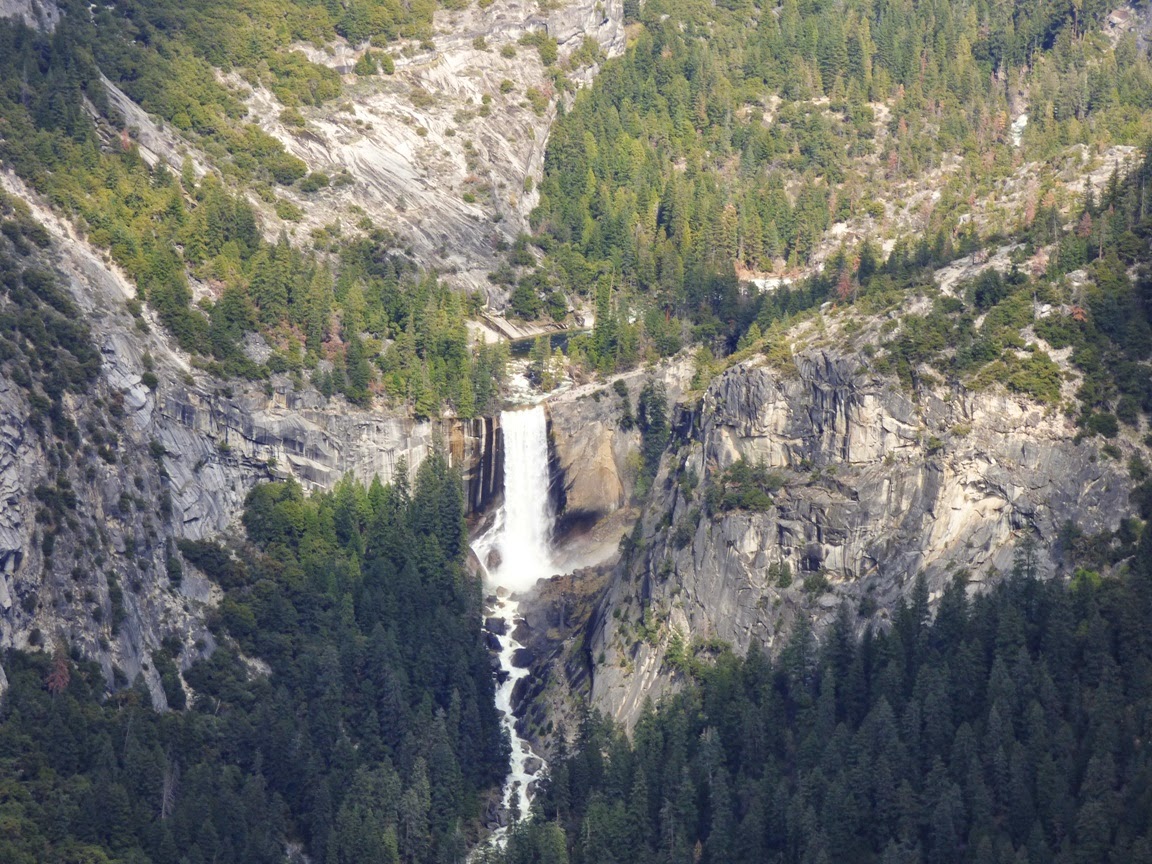 And yet, Yosemite is such an incredible landscape of gigantic granite domes and deep glacially carved gorges that even a 318 foot waterfall can almost be lost in the richness of scenery. As I noted before, I was on Washburn Point, about two miles away as the crow flies (or more probably the raven, given their abundance here) from Vernal Fall. In the picture below, Vernal is the smaller of the two gigantic waterfalls. The upper one is Nevada Falls, which drops 594 feet (181 meters). 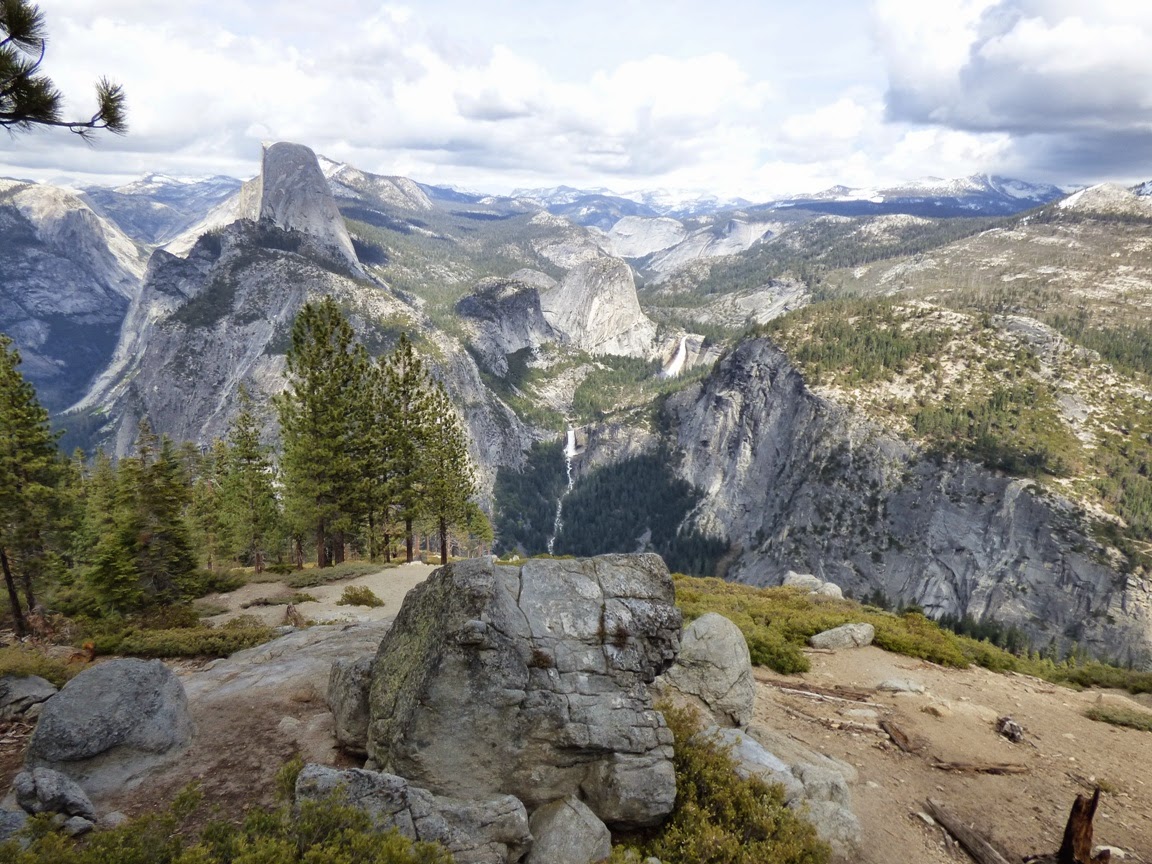 To the left of Nevada Falls is Liberty Cap, a glacially smoothed granitic dome. To the left of Liberty, the dark rounded form of Half Dome is seen from an unfamiliar angle. From this angle it is clear that if anything, it should be called Three-Quarters Dome, or even Four-Fifths Dome.

Half Dome was never covered by glacial ice, and was formed instead by exfoliation, the tendency of rocky monoliths to break off slabs of rock as the pressure is released as the rock is exposed at the surface. The slabs mostly remove corners and edges, giving the rock a rounded profile. The steep face of Half Dome was a prominent joint, a vertical crack that also forms from pressure release. The "missing" half was undercut by the glacier below in Tenaya Canyon and quarried away down the valley.

Feeling small yet?
Posted by Garry Hayes at 12:44 AM

At least the pool above Vernal falls looks dangerous even at low flow. The pool above Nevada is deceptively calm looking even at high flow.
But both are instant Darwin awards for passing the fence.

I've swum in the Emerald Pool, back in the days before the fence and forbidding signs and regulations. But only a drizzle was going over the lip of the falls, and nothing but blue in the sky --- no flash flood coming.