Where are the Ten Most Incredible Places You've Ever Stood? My Number 8: The Burgess Shale in British Columbia

The journey continues through the ten most incredible places where I've ever stood. Every person's list will be different; I'm hoping to hear of great ideas for future travels! Number ten for me was the Alaka'i Swamp of Kaua'i. Number nine was Frame Arch in Arches National Park next to Delicate Arch, Frame's better-known counterpart. This next one was an easy post because one of the Accretionary Wedge topics asked a similar question, i.e. What is your geological pilgrimage – the sacred geological place that you must visit at least once in your lifetime? What follows is a slightly abridged post from the wedge topic in April of 2012. Keep in mind that no order is implied with these posts, except for number one.

I've had a rich life, being able to link my favorite activities, traveling and photography, with my career as a geologist and teacher. It means I have been to a lot of places, so determining a list like this leads to a lot of introspection. I've been enjoying reading some of the other entries...I like new ideas of where to go!

I settled on this one particular site because of the emotional impact it had when I reached the goal. It was indeed remote and difficult to get to. It was the Burgess Shale fossil quarry in Yoho National Park in British Columbia, Canada. Besides being one of the most important fossil sites in the world, it involved one of the most beautiful hikes I've ever taken. Just look at the scenery from the edge of the quarry: 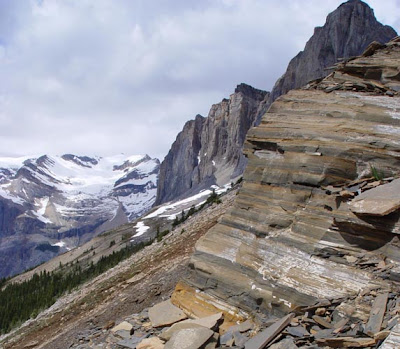 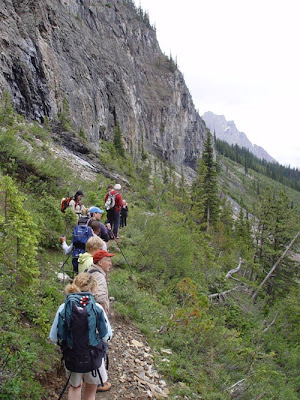 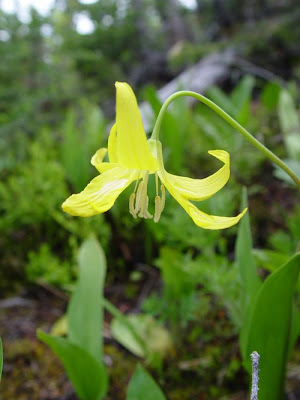 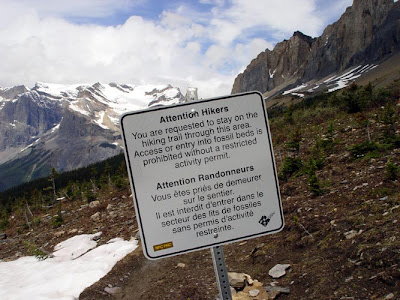 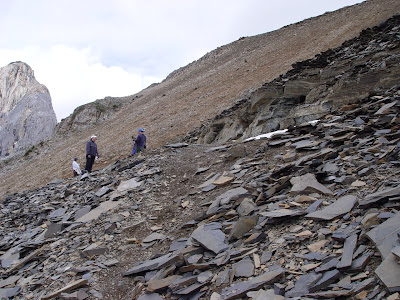 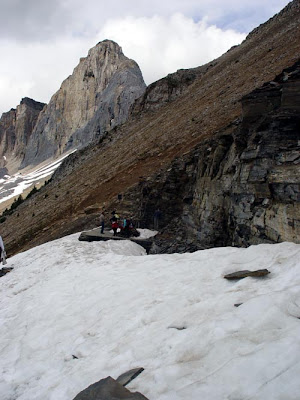 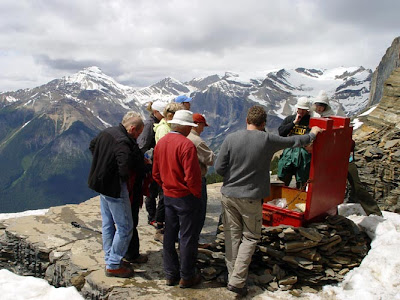 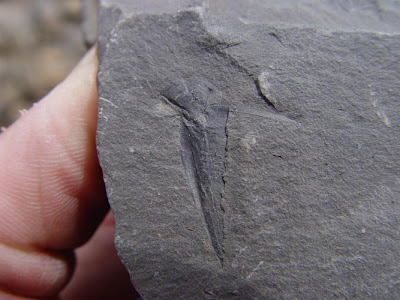 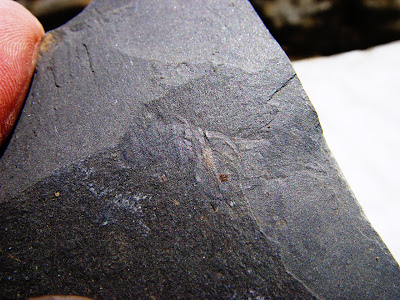 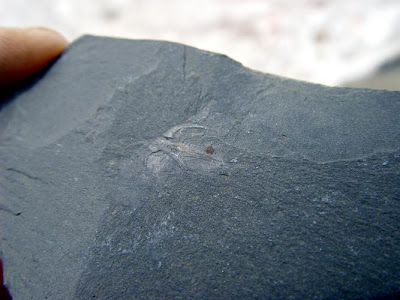 If you are having difficulty making out the specimen in the pictures above, check out the reconstruction in the picture below to get an idea of the complexity of the little creature. Something close to 180 species of creatures have been found in the shale, and perhaps only 2% would have been preserved in Cambrian sediments anywhere else in the world. The fossil record certainly has a bias that favors animals with hard shells or skeletons.
The rain started to fall, so we started down the barren slope. It's not a very smart place to be in a lightning storm! During the hike down, I was no longer so anxious about reaching the goal. I strolled along, enjoying some of the finest alpine scenery I have ever laid eyes on. 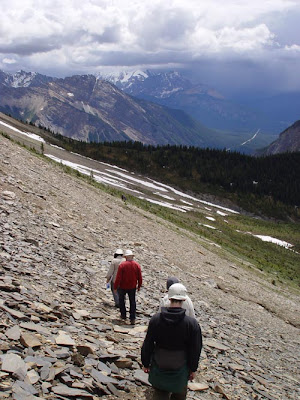 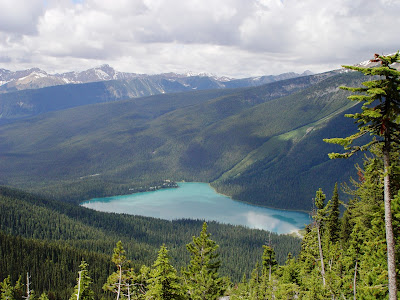 After about ten hours and 12 miles on steep trails, I arrived back at the parking lot, tired but happy. It was indeed a place worthy of a geological pilgrimage, and easily made my top-ten list of the most splendid places I've ever stood.
Posted by Garry Hayes at 9:06 PM

Years ago, when my car was stolen and I was new in the workforce (poor), I found a bus route to work and read parts of Stephen Jay Gould's book about the Burgess Shale that I checked out of the local library. I was amazed. Just last year, I was fortunate enough to attend a conference in Washington DC and visited the Nat History museum on the Mall. Seeing the trilobites and exotic wiwaxia and opabinia from the Burgess Shale was "otherworldly" if you will. Seeing them in place would be an experience of a lifetime. You lucky bastard.

It's an ongoing project that I will return to after finals!