Last Light on the Longest Day: Green Flash on the Summer Solstice It isn't really a time for traveling, but a funeral had us traveling up the California Coast yesterday evening. We stopped at Clam Beach north of Arcata to watch the sun set. It was almost 9:00PM and the sun was setting nearly half an hour later than it did back home (hundreds of miles south). It was the summer solstice, the longest day of the year.

To my surprise, the skies were clear (we expected coastal fog and overcast conditions), so we got to see the disk of the sun dipping below the horizon. I was watching for the 'green flash', and saw it, although it was most visible between snaps of the camera. You can still pick out some greenish color at the top of the sun's disk. 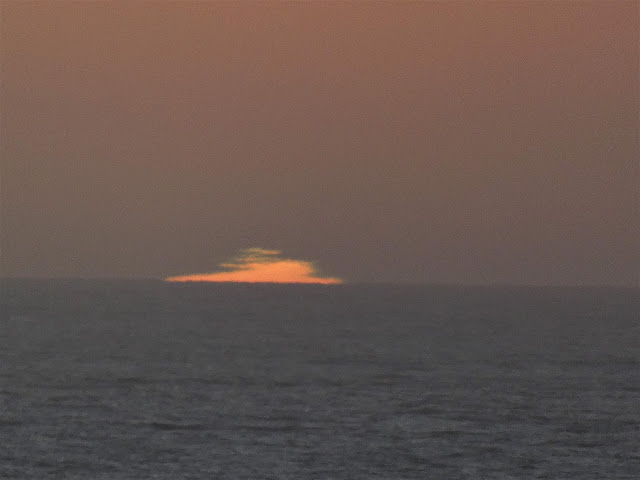 The green flash is a sudden flash of greenish light above the sun at the moment of sunset, and it is said to last only a second or so. As the sun dips into the horizon, the layers of the atmosphere will cause some of the sunlight to be refracted, with red and orange on the lower parts of the disk along with green (and rarely blue) across the top. 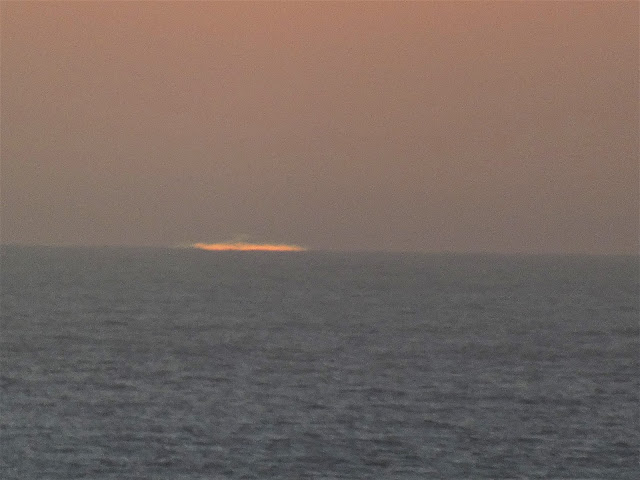 It was the last day of a strangest spring, and probably a similarly strange summer. Stay healthy. Wear that mask in public. It's all we've got to fight this thing.

Posted by Garry Hayes at 8:47 PM No comments: