California's Rarest Ecosystems: The Prairies and Vernal Pools (Part One of a Two-part Miniseries) 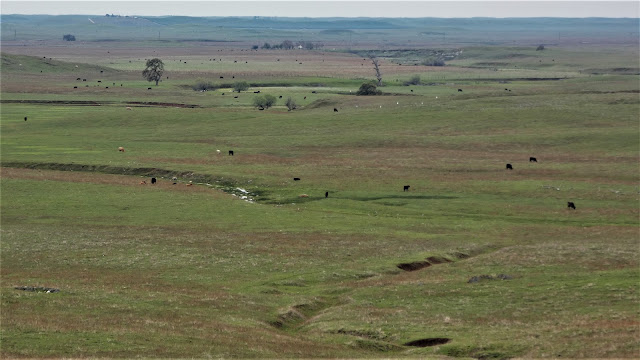 The lower foothills of the Sierra Nevada are one of the most unique and almost universally ignored parts of California. Caught between the famous and heavily-visited forests and alpine regions of Yosemite's high country and the utilitarian agricultural fields of the Great Valley, the lower foothills are made of soils too poor to be developed, and too "plain" to be noticed by people rushing up the highways to the mountain resorts. For much of the year they seem barren and lifeless. But these prairies are one of the most precious of California's diverse ecosystems. 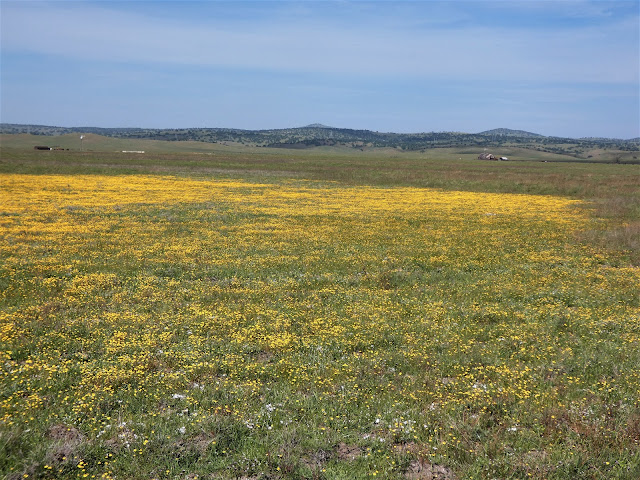 There were also modern-day wolves, and it is ironic and coincidental that a wolf returned this week to the Great Valley for the first time in a century. It is a young male from Oregon who made an epic journey through Modoc County into the Sierra Nevada near Yosemite Valley, and then into the Sierra foothills of Fresno County, and across the Great Valley (including two freeway crossings). At last report it's now in Monterey County (it's wearing a radio transmitter). 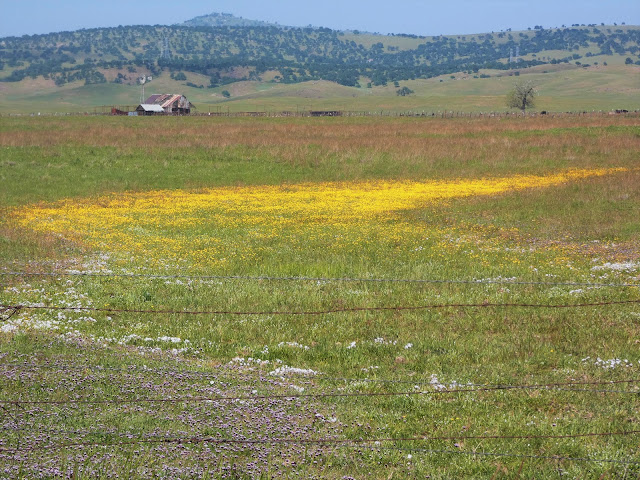 The prairies were covered with native grasses that were quickly replaced by invasive species when European colonizers arrived and started herding sheep and cattle. Farms eventually replaced the ranches, and the remaining prairies, no more than 5% of the original land cover, were relegated to the fringes where the soils were poor and no water was available for irrigation. Those remaining prairies form a belt through the foothills of Sierra Nevada.  A narrow remnant can be found along the Coast Ranges and the Carrizo Plains west of Bakersfield. 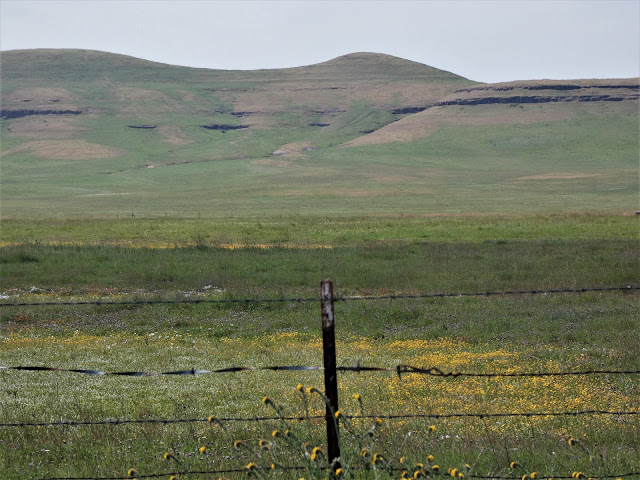 The prairie soils in the Sierra Nevada foothills are notably poor in nutrients because they have not been part of an active floodplain in tens of thousands of years, and the fertile components have been leached away, leaving behind reddish iron oxides and thick clays. Differential settling and wind deflation has left small hollows and depressions that collect rainfall during the relatively rare winter storms. The clay prevents the water from seeping underground, so pools will persist for weeks or months at a time. These pools are the basis for one of California's rarest ecosystems, the vernal pools. 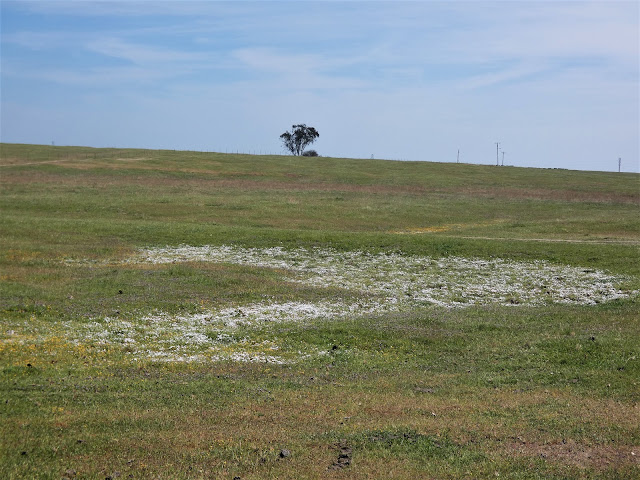 The vernal pools are islands of diverse life in the otherwise barren grasslands. Numerous species of plants and wildflowers, amphibians, and invertebrates have evolved to survive the weeks of water and the months of dryness. As the waters evaporate away, one species of plant after another germinates, grows, and goes to seed. The pools are often rimmed in colorful zones of different flowers. 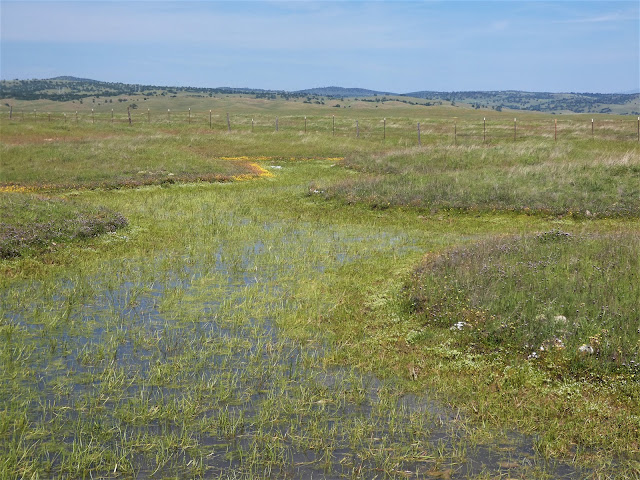 I'm writing about the vernal pools today because the limitations of travel in the times of a pandemic have kept me pretty close to home. I live on the edge of the prairie between the Tuolumne and Stanislaus rivers and I was out there today. A few pools are left, and flowers are blooming across the region. The views are expansive, extending to the snow-capped peaks of the High Sierra. 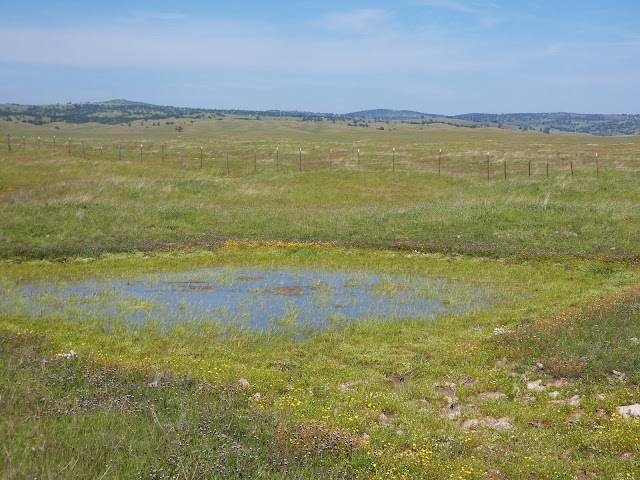 The pools and plants provide food and cover for multitudes of bugs and other wiggly organisms, so the pools are trafficked by a large variety of birds, and dozens of species can be identified by discerning and observant individuals, and occasionally by me as well. 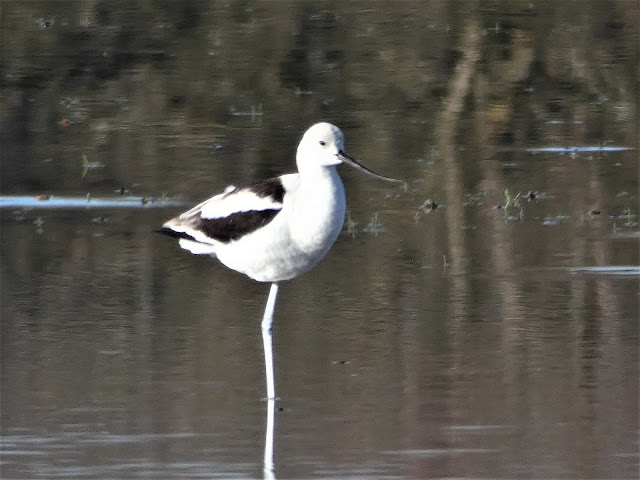 I saw a half-dozen American Avocets in one pond a few weeks ago. 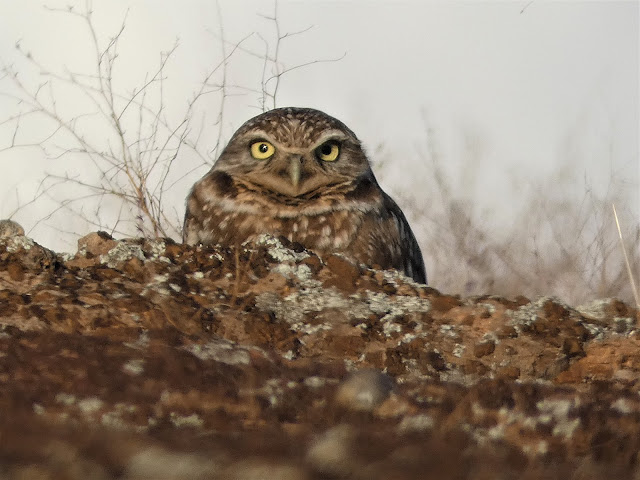 The prairies are one of the best places to see the rare and threatened Burrowing Owls. The area around Crabtree, Willms, and Cooperstown Roads are among the most dependable places to see them in our region. 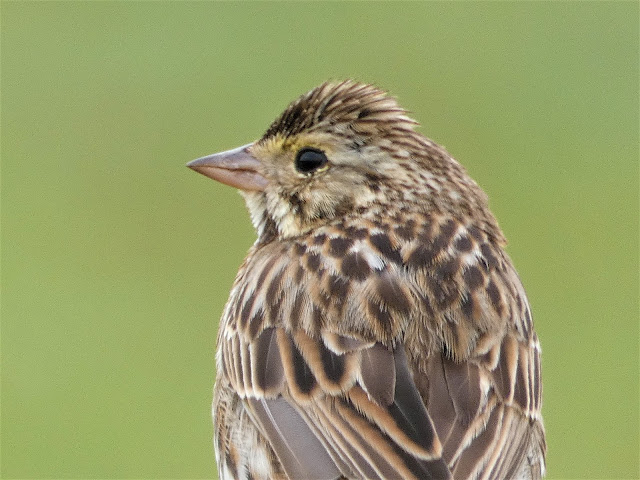 Savannah Sparrows are a common species, and they'll occasionally cooperate with photographers. 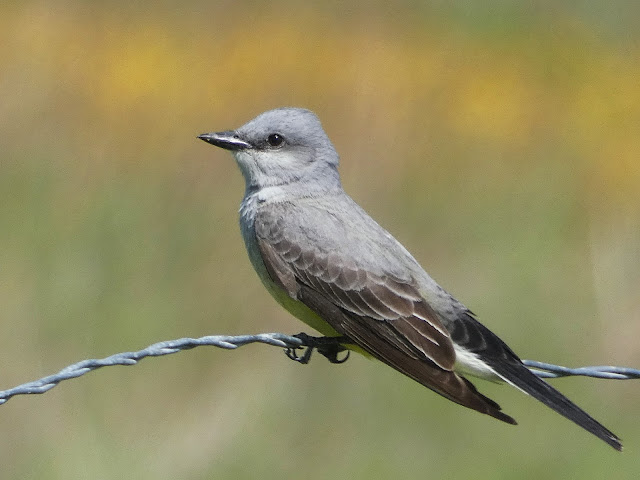 The Western Kingbirds seemed to arrive from their winter homes in Mexico all at once last week. I saw none a week ago, and dozens today, including this one that hung about long enough for a picture.

I have no picture, but I came upon a Gopher Snake in the road that was in serious danger of being run over. I stopped, looked at it carefully to make sure it wasn't a rattlesnake, and then I picked it up to put it in a safer spot. I was suddenly reminded of how Gopher Snakes sometime pretend to be rattlers! They can flatten their normally narrow heads into the triangle shape of a rattler, and will strike in a similar manner. I didn't hold it for long...how do you explain to the EMTs that you picked up a rattlesnake that you thought was something else?

If you are lucky enough to live near a California prairie, this is a good time of year to explore them. If you tend to rush through this unique part of the Sierra Nevada and the Great Valley on your way to Yosemite or some other mountain destination, slow down and give these precious and unique lands a quick look. You won't be disappointed.