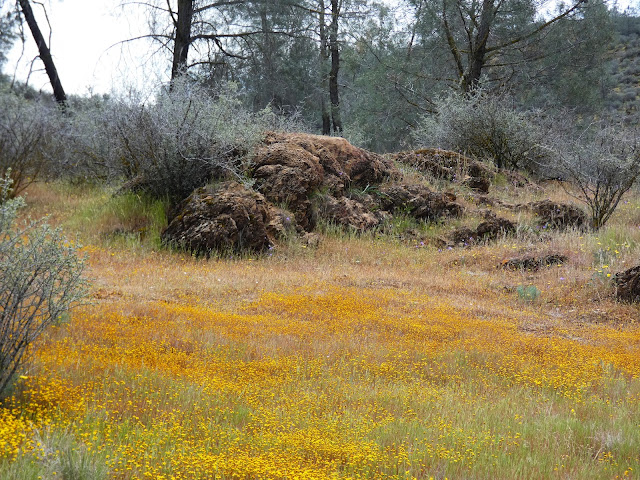 Welcome to one of the most unique ecosystems and habitats in California's wealth of incredible places. It was ignored initially by miners in the region because it had no gold (the Mother Lode is a scant two miles away).  It was more recently ignored because it had no grass for grazing and poor soils incapable of growing anything "useful". The Bureau of Land Management, tasked in its early days of giving away land by way of the Homestead Act couldn't give the free acreage away at all. All but ignored by federal government, the absentee owner, it became an unofficial garbage dump, unauthorized shooting range, and unsanctioned off-road vehicle route. 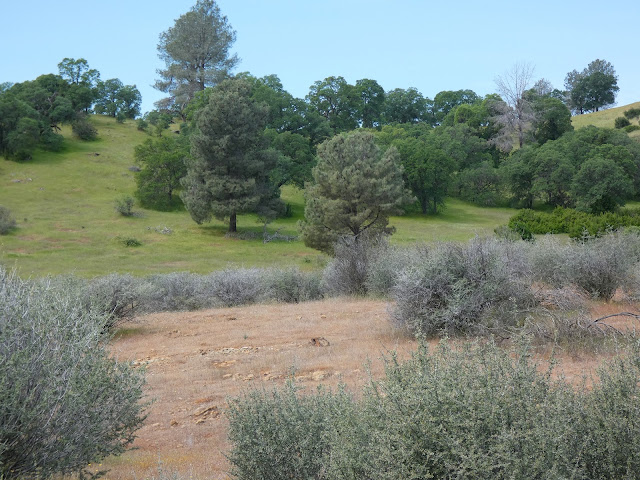 Why were the soils so poor in nutrients and toxic to plant growth? It was the underlying rocks: the serpentine and other ultramafic rocks associated with the Melones Fault in the Sierra Nevada Mother Lode. The soils developed on these rocks were severely deficient in important macronutrients, and contaminated (so-to-speak) by toxic metals. Most plants, including most grasses, cannot survive in these soils. Some select species tolerate the soils, and a few rare ones thrive. It is literally a different world, and as you can see in the picture above, the change is abrupt, as the prairie grasses and oak woodland suddenly give way to ceanothus or buckbrush and gray pine. 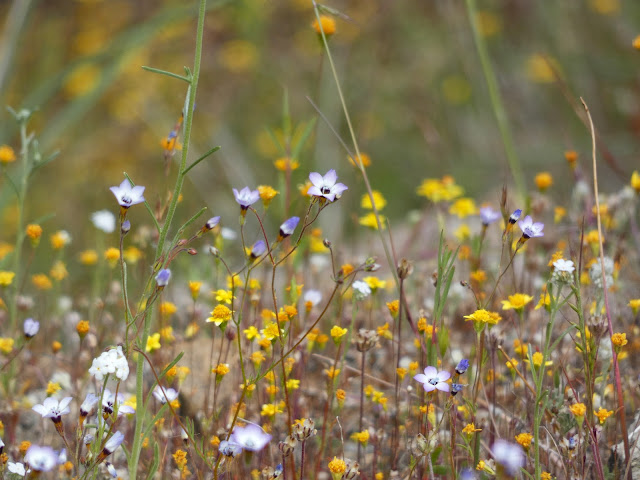 By the late 1980s the Bureau of Land Management, the federal agency in charge of the Red Hills area, belatedly recognized (with the encouragement and assistance of community and environmental activists) the unique nature of the ecosystem here, and declared it an "Area of Critical Environmental Concern", the kind of a designation that only a bureaucrat could love. It turned out that this landscape contained a large variety of endemic species found almost nowhere else, including a unique fish species, the Red Hills Roach (Lavinia symmetricus). Clean-ups were organized, and minimal tourists facilities (trails, parking areas, vault toilets, and a nature trail) were constructed.
For much of the year, especially in the hot dry summer, there is little to recommend about the Red Hills. Most of the plants are dead and gone to seed. But for a few months during the cooler wetter spring season, the hills come alive. It turned out that many of the plants adapted to living in these soils produce a vivid display of color when they bloom.
We took a bit longer to make our way up to the Red Hills this year, in large part because there hasn't been more than a spatter of rain since December. We are in the midst of another year of lingering drought. But in the end we decided to have a look, and although it came nowhere near the pyrotechnics of color of past years, there was more than enough to make for a satisfying excursion.
Enjoy a little bit of color!


The Red Hills got their name from the red soils that develop on the ultramafic rocks, including serpentine. The rocks are rich in iron, thus the red color, but fresh surfaces of the rocks are generally shades of green, as can be seen above.


The Red Hills Area of Critical Environmental Concern is in the Sierra Nevada foothills near Chinese Camp off of Highway 120. If you want to learn more, or pay a visit, information about the Red Hills can be found on this BLM website, and the trail and road map can be found here.

Posted by Garry Hayes at 1:38 PM No comments: