The Other Yosemites: The Treasured Valleys of the Sierra Nevada

"Yosemite is so wonderful that we are apt to regard it as an exceptional creation, the only valley of its kind in the world; but Nature is not so poor as to have only one of anything. Several other yosemites have been discovered in the Sierra that occupy the same relative positions on the Range and were formed by the same forces in the same kind of granite." John Muir, The Yosemite, 1912 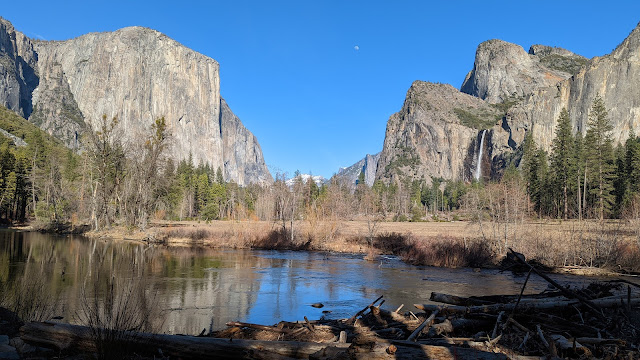 It may very well be that there is no place on Earth quite like Yosemite Valley. Few places can combine such dramatic cliffs and peaks with impossibly high waterfalls and deep forest glens. It remains one of my favorite places to visit, and it is one of life's great pieces of luck that I live only a 90 minute drive away. I go whenever I can. 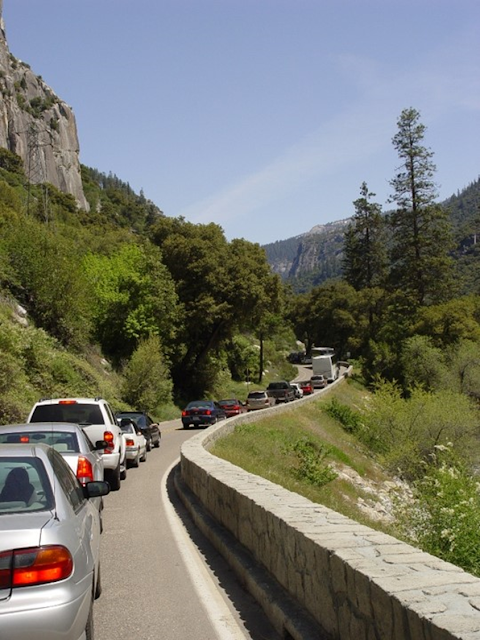 There is, however, an unfortunate truth of Yosemite Valley: here, like at Arches, Zion, Glacier, Yellowstone, and Grand Canyon, we are loving our national parks to death. The crowding in Yosemite Valley can be abysmal, only relieved to some small extent by the rationing of entrance reservations. I remember the nightmare of visiting the park on a Labor Day weekend (the family members who were seeing it for the first time could only get away at that time). We spent nearly the whole time in a traffic jam, finally scoring a parking spot at Curry Village for a while. And then a long traffic jam getting back out of the valley. The family with us treasured the experience of at least seeing the soaring cliffs, but really, this is no way to enjoy our national treasures. 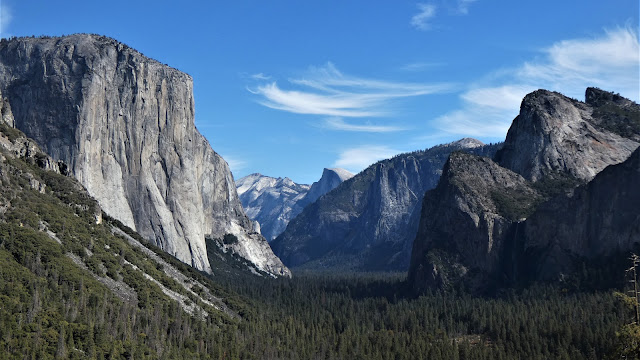 When it comes down to it, we have a choice. We can continue to ration these precious places more and more, or we can expand the idea of what is spectacular and convince people that there are places of awe that can also be places of serenity and wonder. Without the crowds. John Muir, one of Yosemite's greatest fans, understood this well. In his writings, he was constantly reminding us that the Sierra Nevada is full of spectacular canyons, which he called the "other yosemites".One of those places is so remote that I expect that I will never have the chance to see it personally. I'm a bit too old I think to make the long trek of 10-plus miles followed by a precipitous plunge down thousands of feet of switchbacks into Tehipite Valley on the Middle Fork of the Kings River. And it doesn't have just a half a dome; it has a whole one, Tehipite Dome, which towers 3,500 feet above the forested valley floor.

Amazingly, the valley was proposed as a site for a reservoir despite its remote location. When Kings Canyon was made a national park in 1940, Tehipite Valley was purposely left out of the park boundaries on the expectation that the dam would be built. It wasn't until 1965 that the valley was incorporated into the park.

I have stood at the portal of one of the other yosemites, the Grand Canyon of the Tuolumne River. When I was a teenager, my family backpacked to Glen Aulin Camp at the upstream end of the gorge, but we didn't go any further downstream. I still have hopes of hiking out to the rim of the canyon from White Wolf in Yosemite.

The canyon is as deep as the Arizona version of the Grand, but could hardly look more different. The canyon has been shaped by the longest most extensive glacier that ever existed in the Sierra Nevada. While Yosemite is famous for high waterfalls that leap from the canyon rim, the Tuolumne is noted for the large waterfalls on the Tuolumne River itself, especially Waterwheel Falls, where the river leaps upward into the air during periods of high flow. 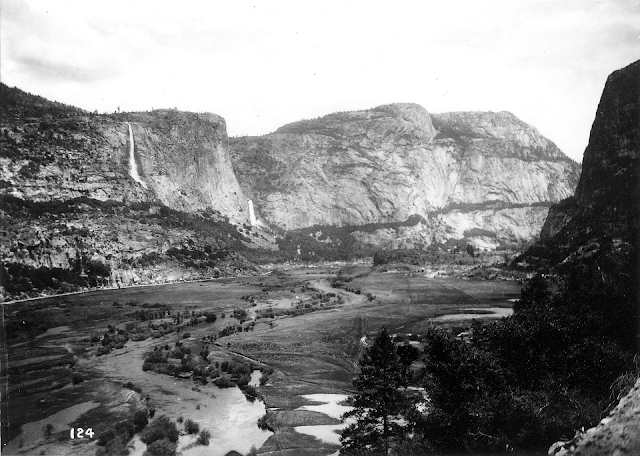 One of the most famous "other yosemites" was Muir's most treasured valley, Hetch Hetchy, which is downstream of the Grand Canyon of the Tuolumne. Parts of Hetch Hetchy bear a startling resemblance to Yosemite, with a rectangular cliff that resembles El Capitan, and a pair of stunning waterfalls, Wapama Falls, at 1,080 ft (330 m), and Tueeulala Falls, at 840 ft (260 m). 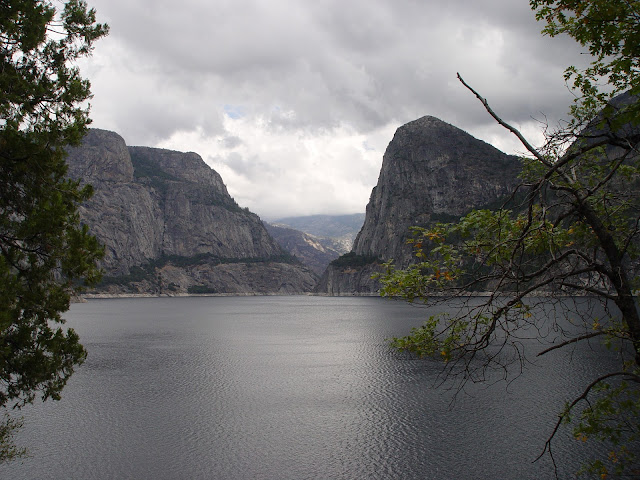 Unfortunately, Hetch Hetchy was deemed an ideal spot for water storage, and after a protracted political battle in 1914, O'Shaughnessy Dam was built and flooded the entire valley floor under 300 feet of water. It was at the time within the boundaries of Yosemite National Park. Muir's heartache over the loss was said to have contributed to his death. 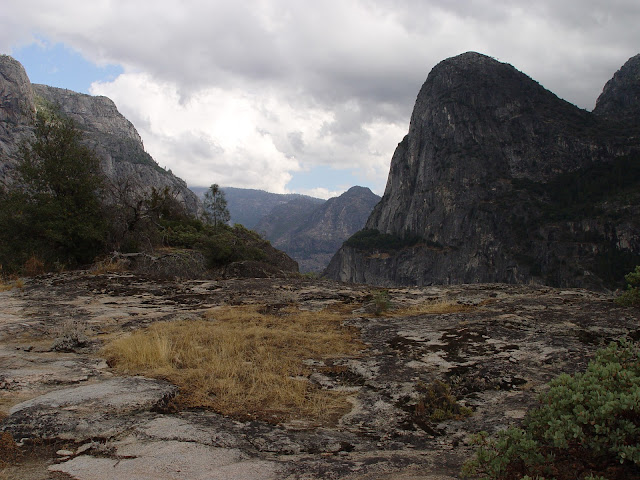 Access is much easier at Hetch Hetchy, as a paved road reaches the valley and dam from the Big Oak Flat Entrance to Yosemite National Park. There are trails that reach the base of the waterfalls and on into the backcountry, but Hetch Hetchy receives a very small fraction of the visitation that Yosemite gets. It should have been different. There are constant calls for the dismantling of the dam, but it would be decades before the valley could become what it should be. When I photograph the valley, I tend to crop out the lake... 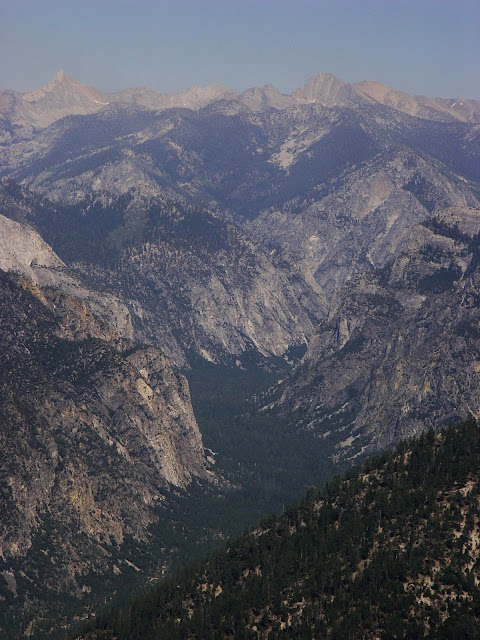 John Muir wrote of another yosemite in a magazine article in 1891:

In the vast Sierra wilderness far to the southward of the famous Yosemite Valley, there is a yet grander valley of the same kind. It is situated on the south fork of King's River, above the most extensive groves and forests of the giant sequoia, and beneath the shadows the highest mountains in the range, where the cañons are deepest and the snow-laden peaks are crowded most closely together. It is called the Big King's River Cañon.

Today we call it the South Fork of the Kings River, and the valley floor Cedar Grove. It is more accessible than all the others, with a paved highway, four or five campgrounds, and a small resort and store. But most importantly, it offers a quiet experience in a spectacular setting. I've rarely seen crowds here, although I'm sure it happens. But never on the scale of what goes on in Yosemite Valley. 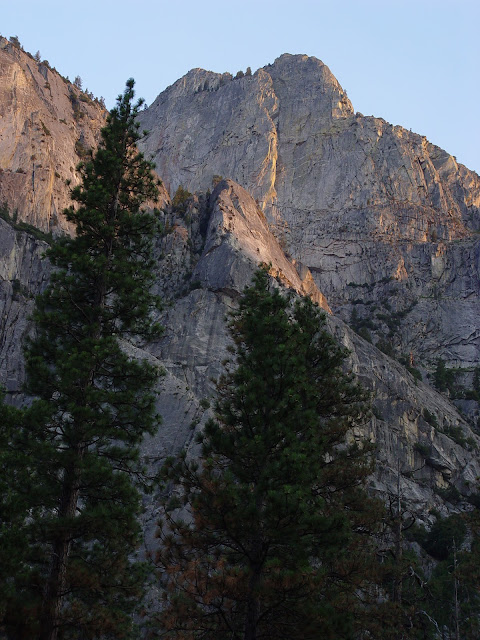 There is a network of trails throughout the valley, and trailheads lead into the alpine country above (some of them insanely steep). But most of all, it offers high granite cliffs that tower over the valley floor. They aren't the same as Yosemite's cliffs, nor should they be. But they are just as high and are truly awesome in their own right. 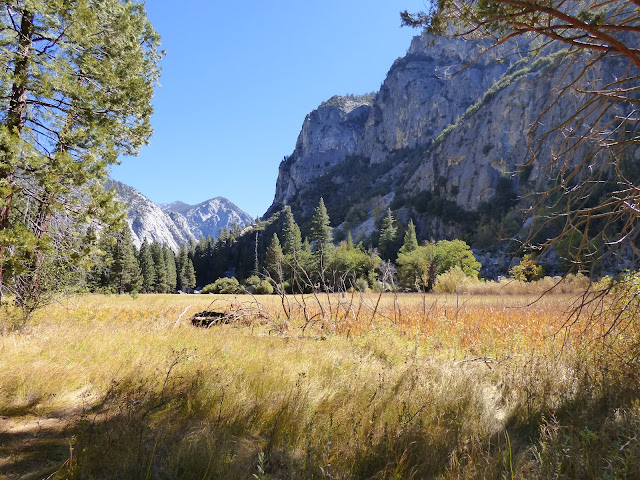 It's a sad commentary on human values that this incredible valley was also slated to become another reservoir, and like Tehipite Valley it was left out of the boundaries of the new Kings Canyon National Park in 1940, and was not added to the park until 1965. Because of this wise decision, we have a beautiful alternative to the crowded madness of a summer day in Yosemite Valley. 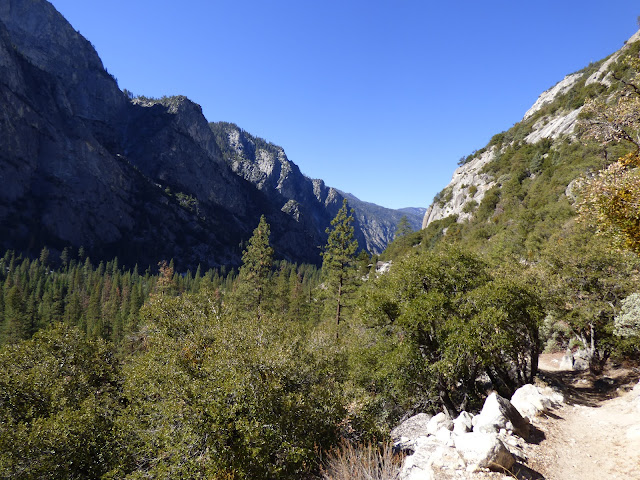 Come and see Yosemite Valley, of course. It is the experience of a lifetime. But give yourself some time to see the other less famous yosemites. If you can, walk to the remote valleys. Take lots of pictures for the benefit of those who can't (I would love to post an entire blog entry of anyone's journey into Tehipite Valley). You won't be disappointed, and all you'll miss is the traffic and the unruly masses of humanity. 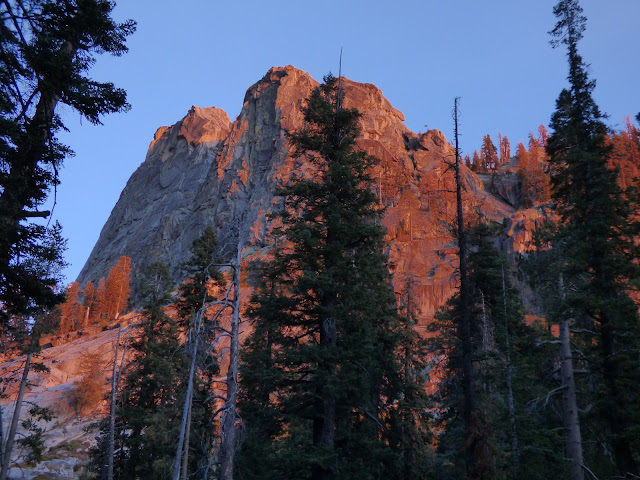