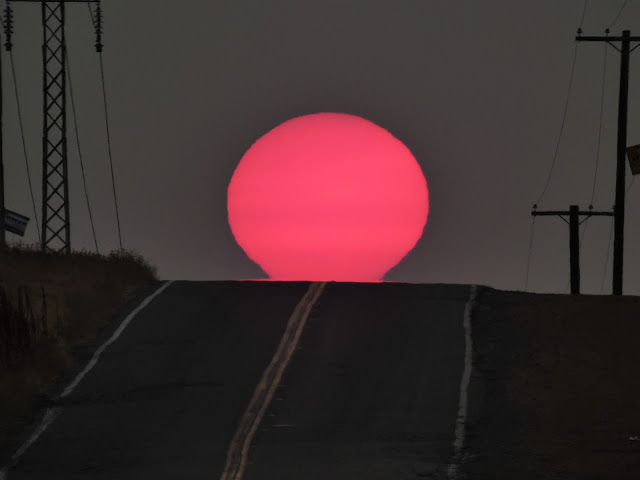 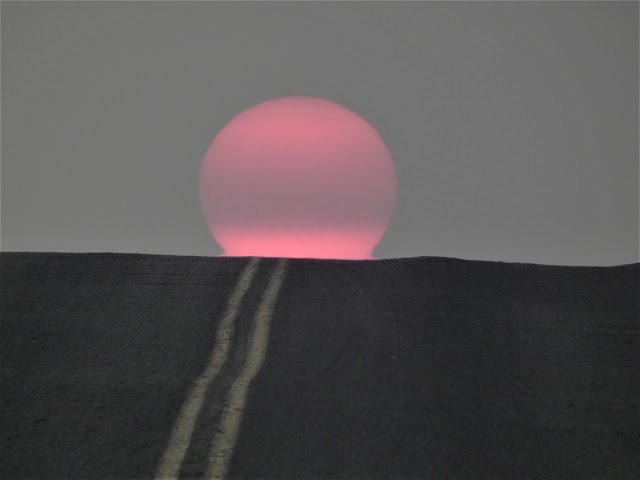 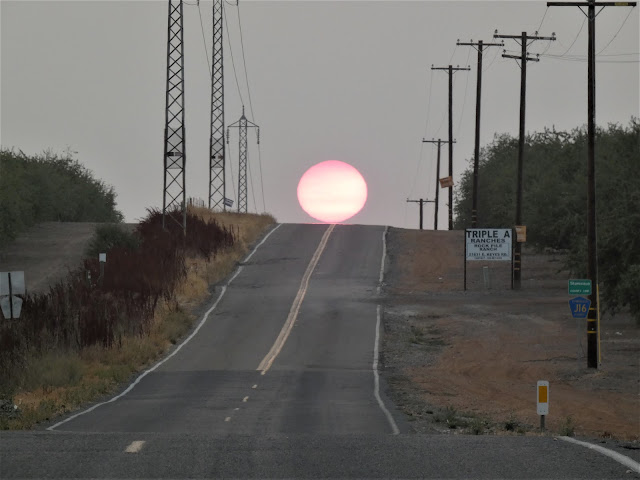 The sun set in a pall of smoke from the hundreds of fires blazing in California right now. We've lost so much, not just from a pandemic, but from changes in our climate that were predicted three decades ago, and are manifesting themselves on an accelerated time scale. Six months ago I wrote "this too shall pass", but some things will not pass without being inalterably changed. The changes are permanent and we have to prepare.
The sense of loss in my family this week has been sharp and painful, but it was compounded by the loss of some of my treasured places to the fires that have destroyed so much already.
So I mark the passage of another equinox. This moment of the year has had a magic quality for humans for thousands of years, for better or worse. Spring has been the time of birth and hope, and the fall is the time of death and consuming darkness. I can only repeat my words from six months ago:
"Whatever takes place in the coming weeks and months, please be kind to one another. Look out for your neighbor, and remember that whatever you have, someone else has far less. Be generous as you are able, and remember that with all things, this too shall pass."
Posted by Garry Hayes at 9:25 PM 2 comments: