The Dogwoods are Blooming in Yosemite Valley! And North Dome, the Stuff of Legend 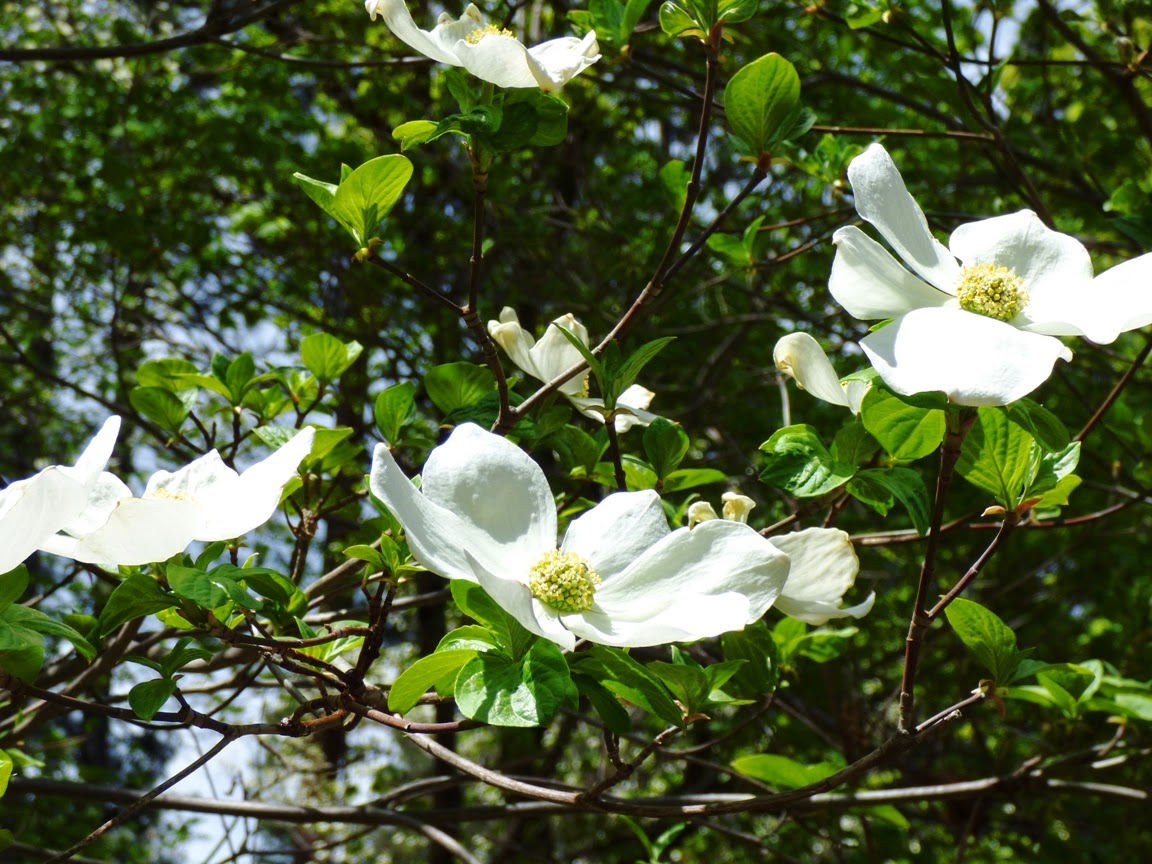 The Pacific Dogwood (Cornus nuttalli) is a diminutive tree that forms some of the understory of Yosemite Valley's conifer forests. It seems practically invisible to park visitors (like me, anyway) most of the year except for two times: fall, when the tree becomes one of the most vivid contributors to the autumn colors of the valley, and spring, when the Dogwood flowers bloom. The flowers aren't all that showy actually. They are the small yellow sphere in the middle of the structure. But they are surrounded by large white bracts that look like flower petals. Bracts are actually highly modified leaves. Just the same, they add a bright splash of white to the forest understory in the spring. I was in Yosemite Valley just a week ago and I would swear there were no Dogwood blooms at the time, but there were many of them yesterday. 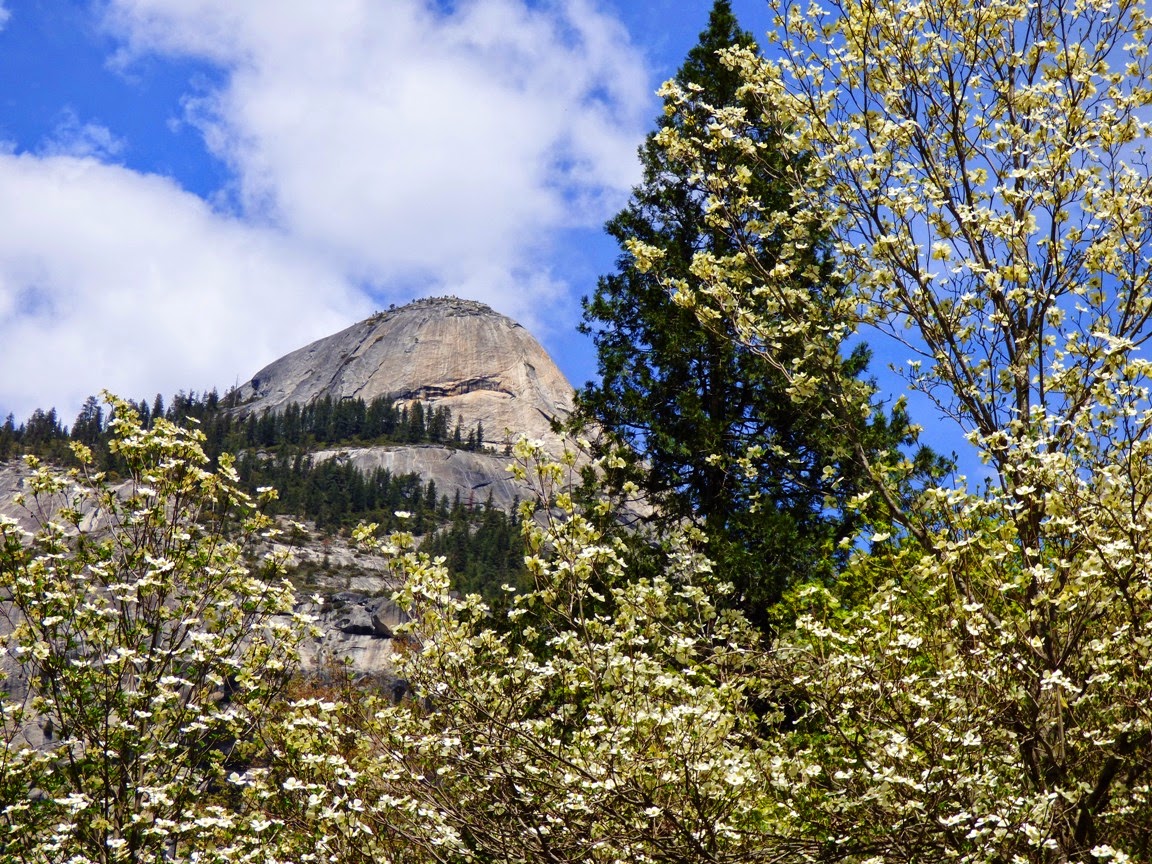 Of course this is mostly a geology blog, so I couldn't help but notice that I was using North Dome as a backdrop to the blooming trees. North Dome is one of the less heralded sights in Yosemite Valley, a place with so many gigantic cliffs and waterfalls, that otherwise spectacular features get lost in the shuffle. It sits to the east of Yosemite Falls and across Tenaya Canyon from the much more famous Half Dome. It is a marvelous example of an exfoliation dome, which developed as the rock was exposed by erosion. The granitic rock, which formed miles deep in the crust, expanded as it reached the surface and the rock slabbed off, removing the corners and edges and forming the spherical outline (although from above it is a more linear ridge). According the writings of Galen Clark, North Dome is tied in with Half Dome in the mythology of the Native Americans who inhabited the valley. It is called To-tau-kon-nu'-la, referring to the cranes that could be seen around the base. Half Dome, across the canyon is Tis-sa'-ack. According to one version of the story, the great chief Choo'-too-se-ka', whose name was later changed to To-tau-kon-nu'-la after he built is home on the dome, fell in love with the woman Tis-sa'-ack who had come out of the south to help teach the people to weave beautiful baskets. She did not return his love, saying she needed to return to her people, and she left in the night. The chief set out to search for her and never returned, leaving the people behind to suffer droughts, floods, rockslides, earthquakes and other calamities. One of the earthquakes caused Half Dome to split and half of it fell into the valley. Eventually the Great Spirit had mercy on the remaining people and returned the land to a bountiful state. An image of Choo'-too-se-ka/To-tau-kon-nu'-la appeared on North Dome, and Tis-sa'-ack is visible on Half Dome.

There is a second story about quarreling spouses that I don't like as much...