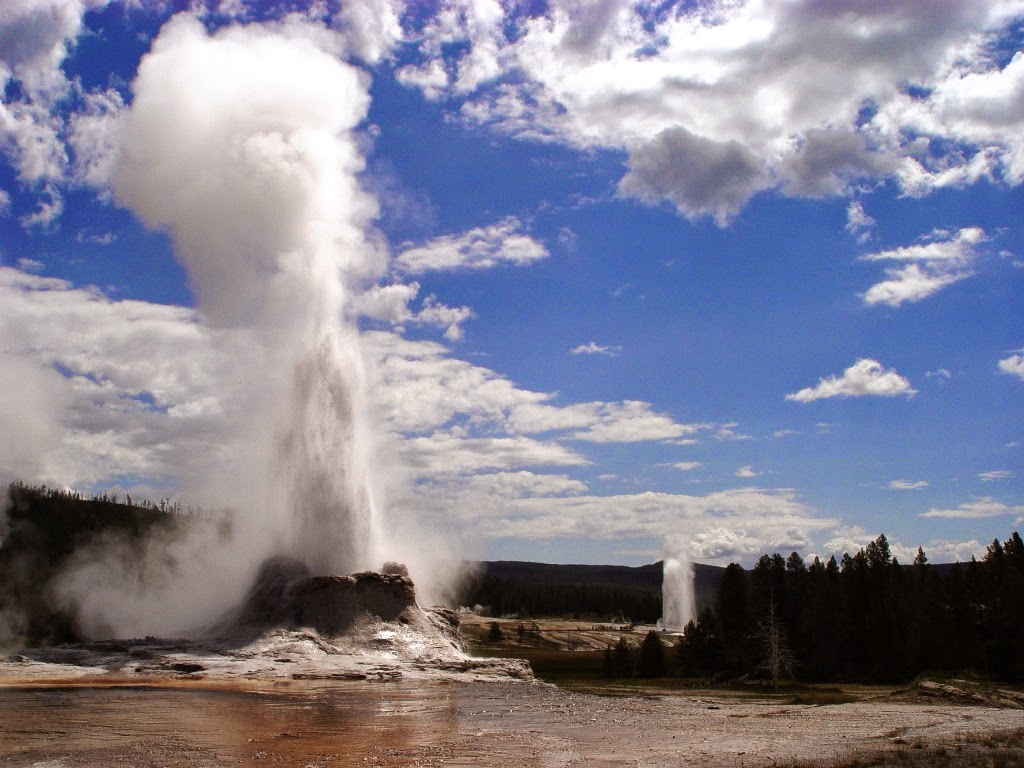 "Bison and many other animals are leaving Yellowstone in droves, and its (sic)prompting theories that minor earthquakes in the area could soon set off the Yellowstone Super Volcano." Source: click here

How many things can be wrong in one sentence? I count at least three or four. To begin with, the viral video that has the rumor mill going crazy apparently is showing a herd of bison rushing into Yellowstone National Park, not out. And I wouldn't be surprised that animals are leaving for lower elevations in any case. There is a decided lack of food higher up. They do it every winter.

Then, the word "theories" gets casually tossed into the mix. Speculation on the basis of very limited (or absolutely no) evidence is not a theory (a model or idea confirmed by extensive testing). The speculation in the sentence above doesn't even rise to the level of an hypothesis, which nearly all school children call an "educated guess". "Hypothesis" is reserved for ideas and models that are plausible.

The minor earthquake was a magnitude 4.7 event. The largest in thirty years. So what? It's still a minor earthquake. There are hundreds or thousands of earthquakes in Yellowstone every year, and the caldera hasn't exploded. There was a quake with a magnitude of 7.3-7.5 back in 1959. That quake, which killed 28 people was thousands of times more powerful than the quake last week. Why didn't the caldera explode back then?

It comes down to ignorance of basic geologic principles on the part of journalists and the fear-mongers on the web. Having a little bit of knowledge is sometimes as damaging as having no knowledge. People have been told by cable channel documentaries over and over that Yellowstone is a "supervolcano", which was never a geologist's term. They pick up that there was a truly colossal eruption 2.1 million years ago, another 1.3 million years ago and another 640,000 years ago. OMG it's a pattern and we're all going to die! Next week!

The gentle fact is that Yellowstone has not had a volcanic eruption in 70,000 years. There is indeed a large body of molten magma beneath the park, but it has been there for millions of years, and there are currently no signs of unusual activity. From studies of calderas around the world, it is clear that many warning signs taking place over centuries would give humans plenty of time to figure out how to deal with the eventuality of a major eruption.

There are many things to worry about in the world these days, but a gigantic eruption at Yellowstone is not one that I lose sleep over. When you read someone's frantic post about "the BIG ONE" shaking up Southern California or supervolcanoes destroying civilization, make use of one of the most powerful human tools ever invented. Take to the internet, the greatest repository of human knowledge ever constructed, and investigate.  Don't seek out the idiots who post rumors and innuendo. Find out what the real geologists are saying before hitting that "share" button. Don't get Snoped by your more intelligent friends. It's really embarrassing.

And that goes double for "journalists". What you have done with is non-story is irresponsible. At the very least, read an analysis by a responsible blogging expert like Erik Klemetti at Wired before writing anything on your own.
Posted by Garry Hayes at 12:53 AM

Thank you. Just, thank you.

thank you for gentle facts.