And They Became Gods in the Classroom: A Different Use for Monopoly Houses 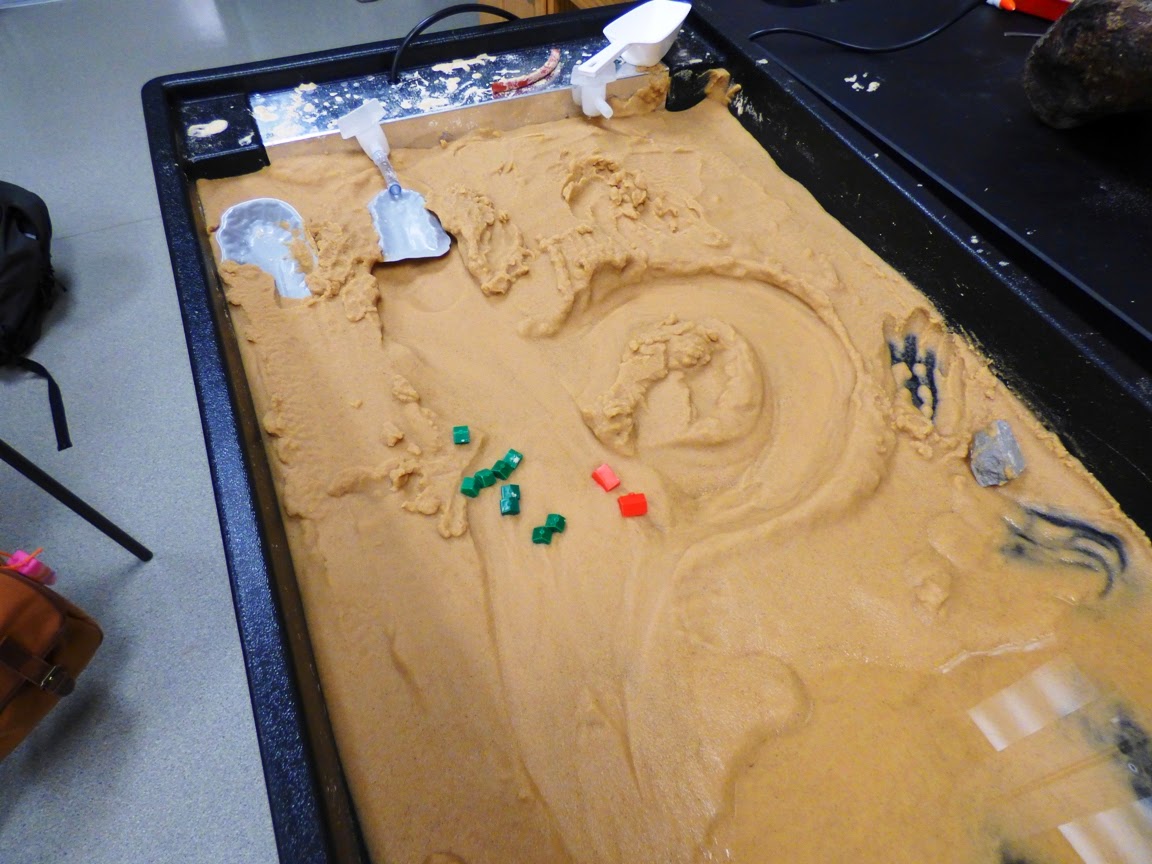 It's getting well into the semester, and it's starting to wear on the students. A lot of them work at awful jobs which keeps them convinced that they need to do well in school so they can get a career doing something they enjoy. Some of them look a bit tired, as evidenced by the fact that their faces are planted on their desks, snoring. So what can you do in a geology lab to wake them up a bit? Let them play god!

Stream tables are the grown-up college equivalent of a sand box and hose. They allow students to simulate various hydrological situations, producing river deltas, alluvial fans, river channels and meanders, and shoreline wave processes. They set up a situation, a river channel or a dam, and then they turn on the pump and let the water run for awhile, observing the changes that take place. For some reason, the addition of Monopoly houses and hotels takes it to a new level. The students become capricious gods, determining the fates of their subjects on a whim, a flood here, a wild tsunami there.

I would hardly have noticed or commented today, but for once I set up a meander pattern in the sand and wandered away for a few hours with the water running. The stream did what streams will, and produced a sweet little meander cutoff , destroying the little Monopoly village in the process. It was sad for the Monopolians, but a great educational moment for the gods of the classroom!

Monopoly houses and hotels for years have taught our children to become corrupt hedge fund managers and criminal bank presidents (didn't you cheat too, or was it just me?). Why not put them to work to teach the dangers of ignoring geology too?

The stream table, by the way, is one of the best ways to detect a potential geology major. They will be hypnotized and work with the thing for hours!
Posted by Garry Hayes at 9:37 PM

they should all quit their jobs and become full-time geologists!!