Physics Makes for a Beautiful Moment in a Day 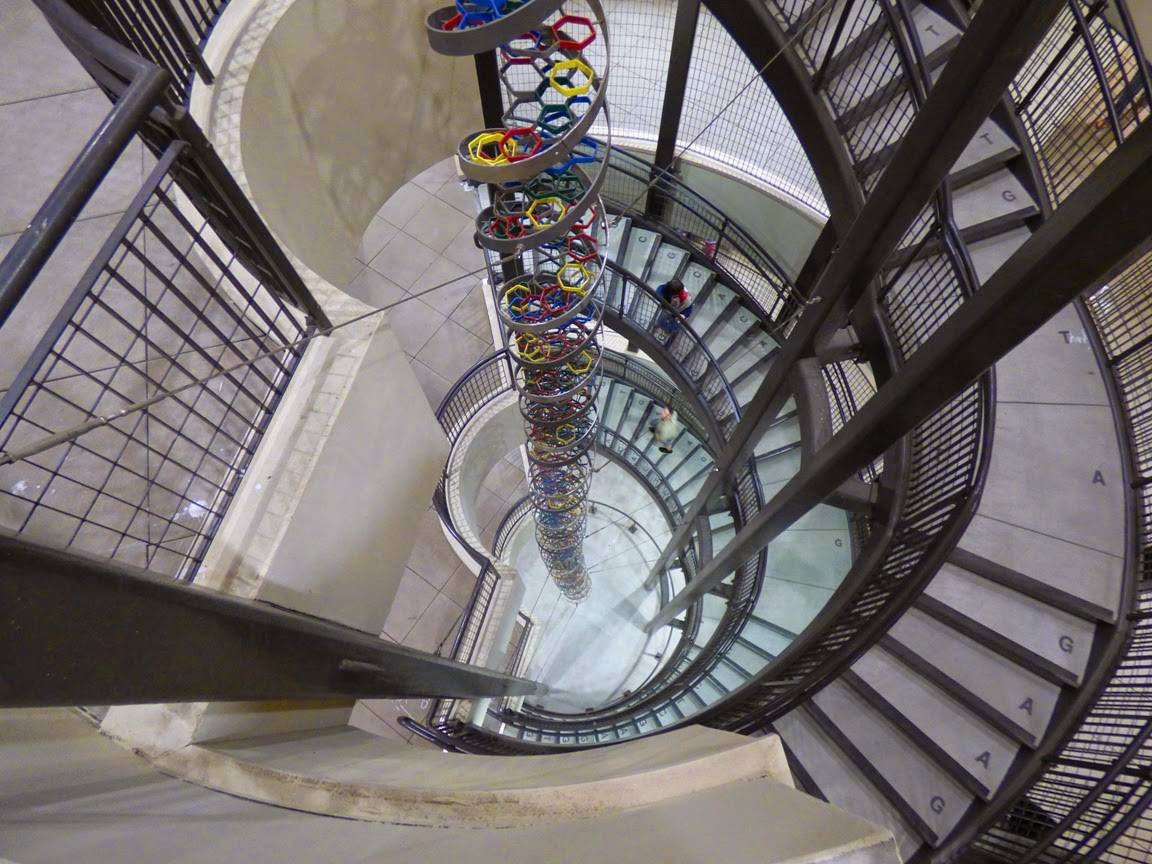 This post is off the beaten geo-track today, but there is a little bit of science involved. Our new Science Community Center at Modesto Junior College, which I have mentioned extensively in previous posts, has many remarkable features that represent educational opportunities. There are the big ones like the observatory and planetarium, and there are others built into the functionality of the building, like the stairwell. It is a rather grand circular stairwell that climbs four floors (three stories of labs and classrooms, and a fourth story of astronomical equipment storage and access to the rooftop observatory). Each step has one of the letters representing the DNA sequencing of a protein related to insulin, but the most dramatic aspect is the DNA double helix spiral sculpture that winds from the base of the stairwell to the very top. It is a dramatic way to get to class.

I have an early class and to beat traffic snarls I usually arrive well before 8 AM, and at that hour almost no one is in the building. It is a pleasant couple of moments to wander up the stairs in silence before the start of a busy day. Except for the bird...

For months, there has been a bird singing somewhere in the stairwell (it is an exterior stairway, so the bird isn't trapped or anything). The shape of the spiral channels the bird song and amplifies it, so that it is difficult to tell where it is coming from. I always assume that it is near the top, since that is the least-used part of the stairs, so I will sometimes take the camera and try to find out what species is making such a pretty song. I didn't find it up there, but I looked down from my spot on the fourth floor and realized the bird was way down on the first floor, perched on a support bracket for the DNA spiral.

There weren't any exotic species hiding out on our stairwell, it was a common House Finch (Carpodacus mexicanus). If I were any kind of real birder, I would have known the song because these birds are at the feeder in my backyard every day. But take the simple song of a finch and put it into an acoustical sound chamber, and the song becomes a symphony. It's a nice way to begin a chaotic day. 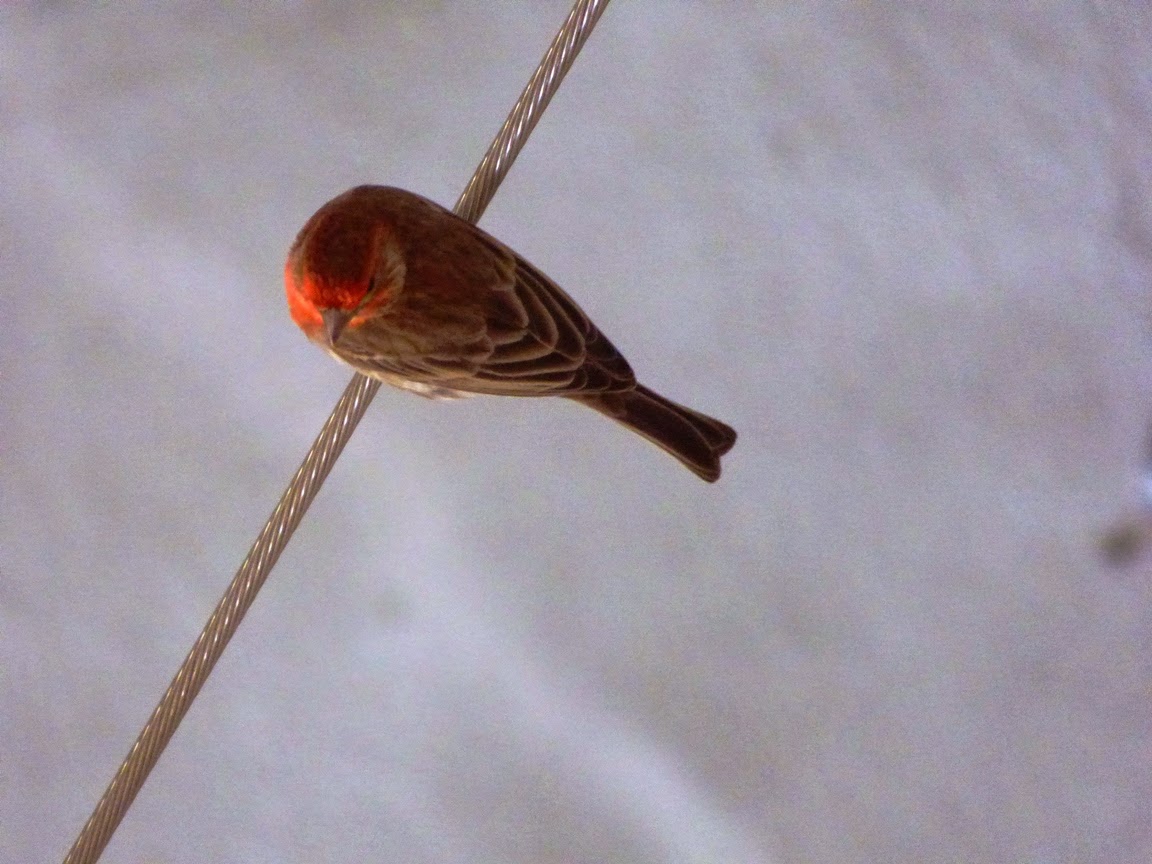 cool bird on a wire pic