One of the World's Most Precious Places, Under the Volcano 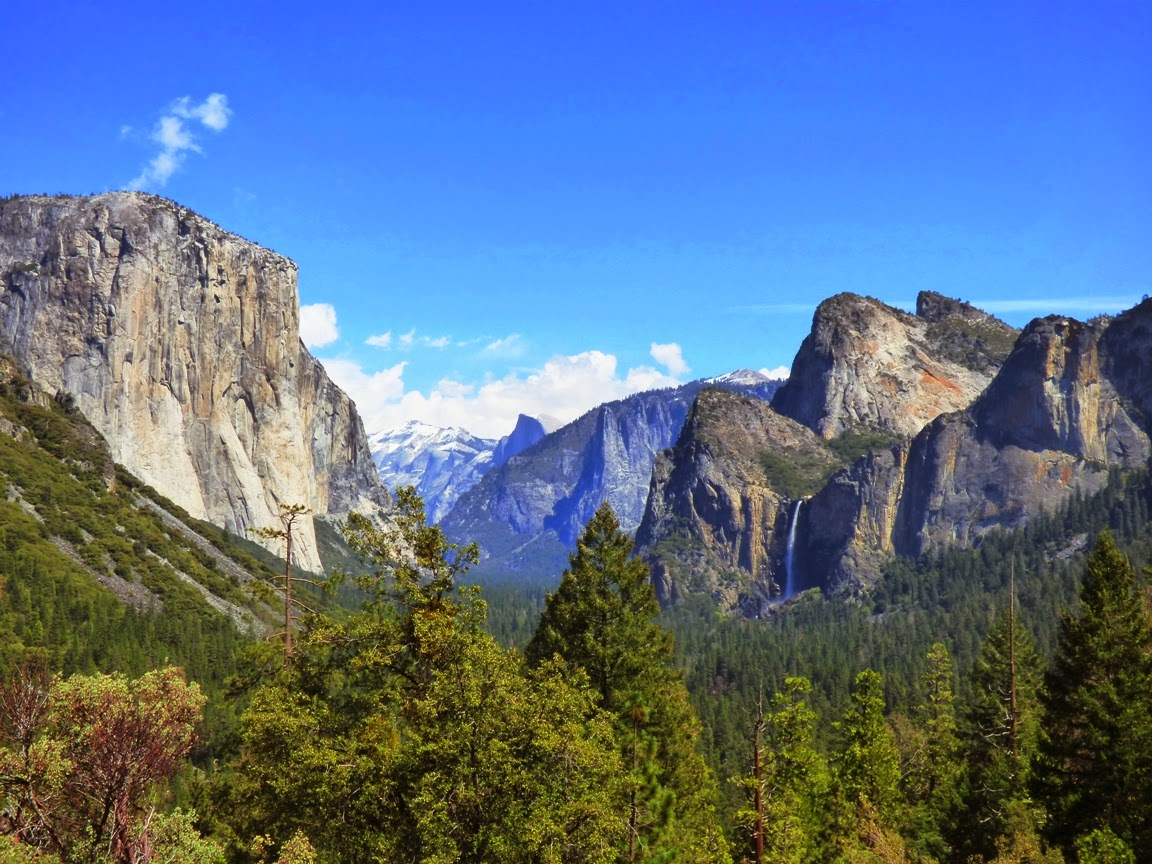 Yosemite Valley, hands down, is one of the most extraordinary places on our amazing planet. I have been going to Yosemite National Park three or four times a year for the last quarter century, and I never get tired of spending time there. The thousand square miles of national park that surround Yosemite Valley are incredible, but the valley itself is hypnotic. I would hope that everyone could visit the park at least once, but it becomes something special when you can see it throughout the seasons, in all the different moods of the place. 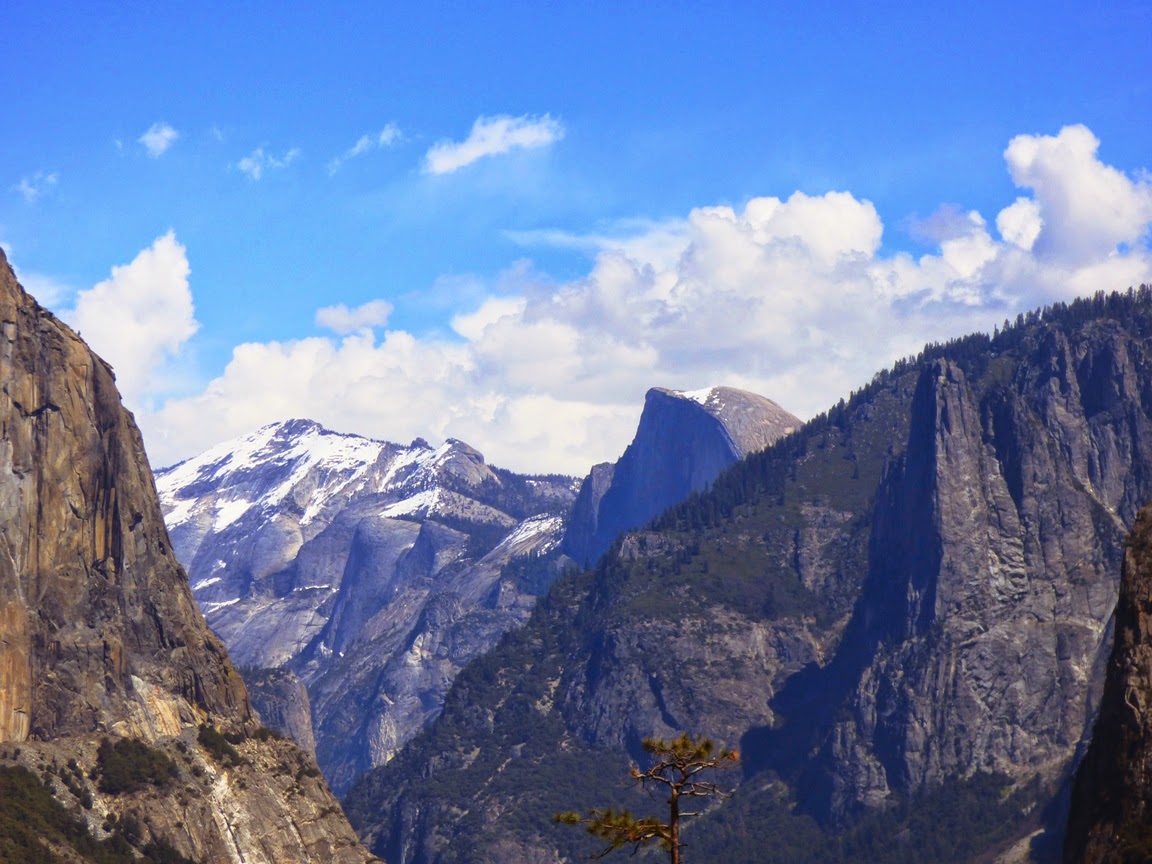 The mood in the park on Saturday was expectant. The snowmelt has been filling the rivers a little (the drought continues unabated), and the first hints of green are showing up in the meadows and oak woodlands on the valley floor. Snow still lingers in the high country. The Dogwoods are just hinting at the possibility of a bloom. Changes will be coming fast in the next few weeks (and the long dry spell of summer will begin soon; much sooner than we have hoped). 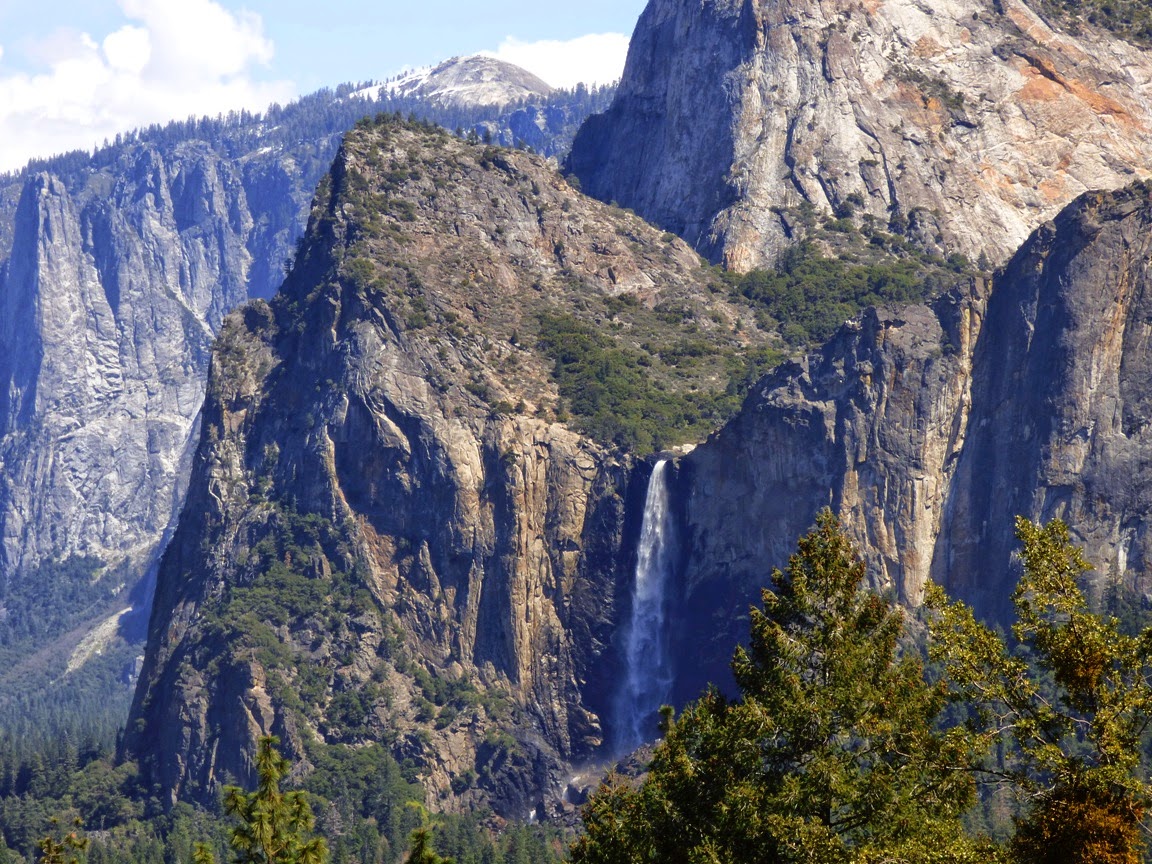 The valley is a showcase for learning about glacial features and glacial erosion, although several aspects of valley scenery are not anything like typical. But if the subject is hanging valleys, Yosemite has no peer.

Big glaciers carve deeper valleys than little glaciers. When the massive Merced River glacier joined the Tenaya Creek glacier (with its spillover of additional ice from the Tuolumne Meadows icecap), the combined force of the two ice rivers produced the deep trough of the main valley, 3,000 feet deep (even deeper if the sediments filling the valley floor are removed). The tributary glaciers in Yosemite and Bridalveil Creeks were much smaller and couldn't cut nearly as deep. Their valley floors were left hanging high above the main valley, and today high waterfalls spill over the edges. Bridalveil Fall (in the pictures above and below) is 620 feet high, nearly four times the height of Niagara Falls, but it's one of the smaller waterfalls in Yosemite Valley. 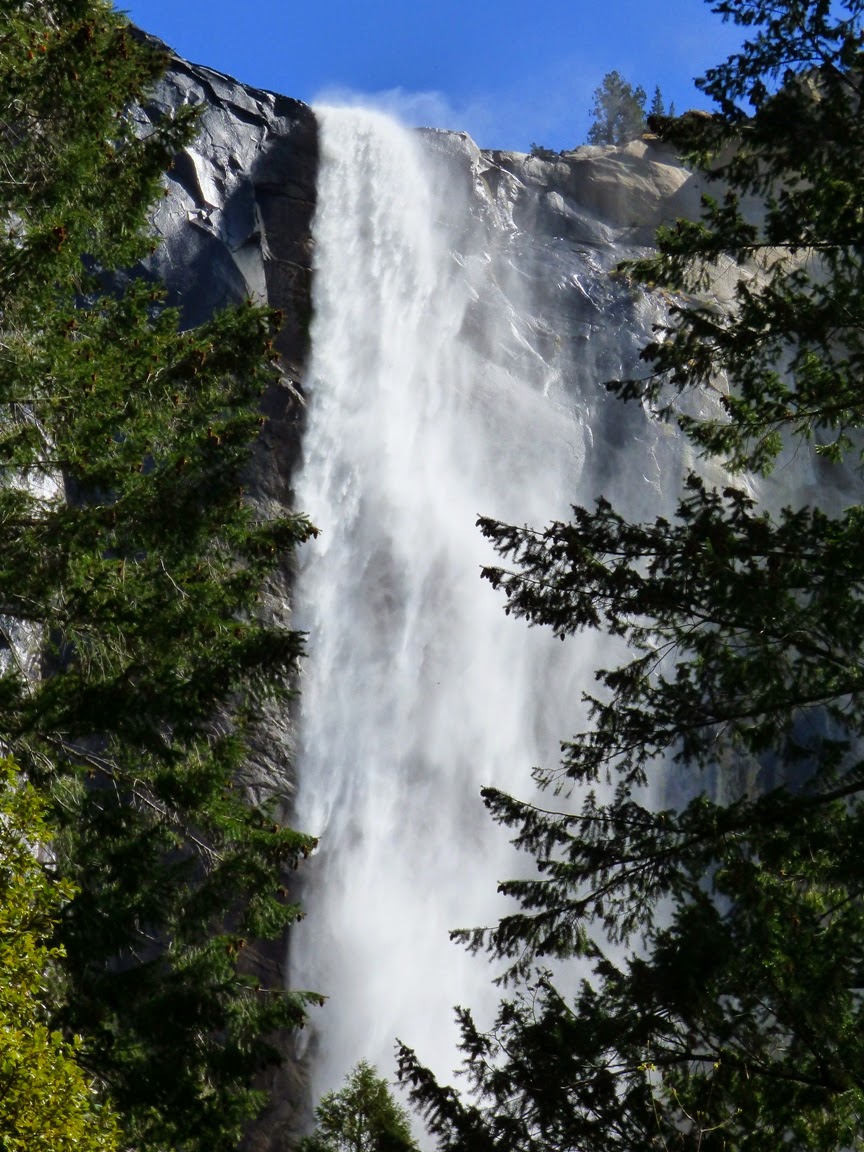 Yosemite Falls is usually described as the highest waterfall in Yosemite Valley, but that depends on which geographer one is arguing with. It has three sections, an upper fall with a drop of 1,425 feet, a cascading central section, and a final sheer drop of 300 feet. It may the fifth or the seventh highest water in the world, but if one is talking about essentially unbroken drops, it's not even the tallest waterfall in Yosemite Valley. That honor goes to Ribbon Fall, shown in the photo below. It drops 1,612 feet, nearly 200 feet more than the upper section of Yosemite Falls. I imagine some first-time visitors mistake it for Yosemite Falls as it is seen first during the drive into the valley. Most people never see it at all though, because it dries up by late spring in most years. 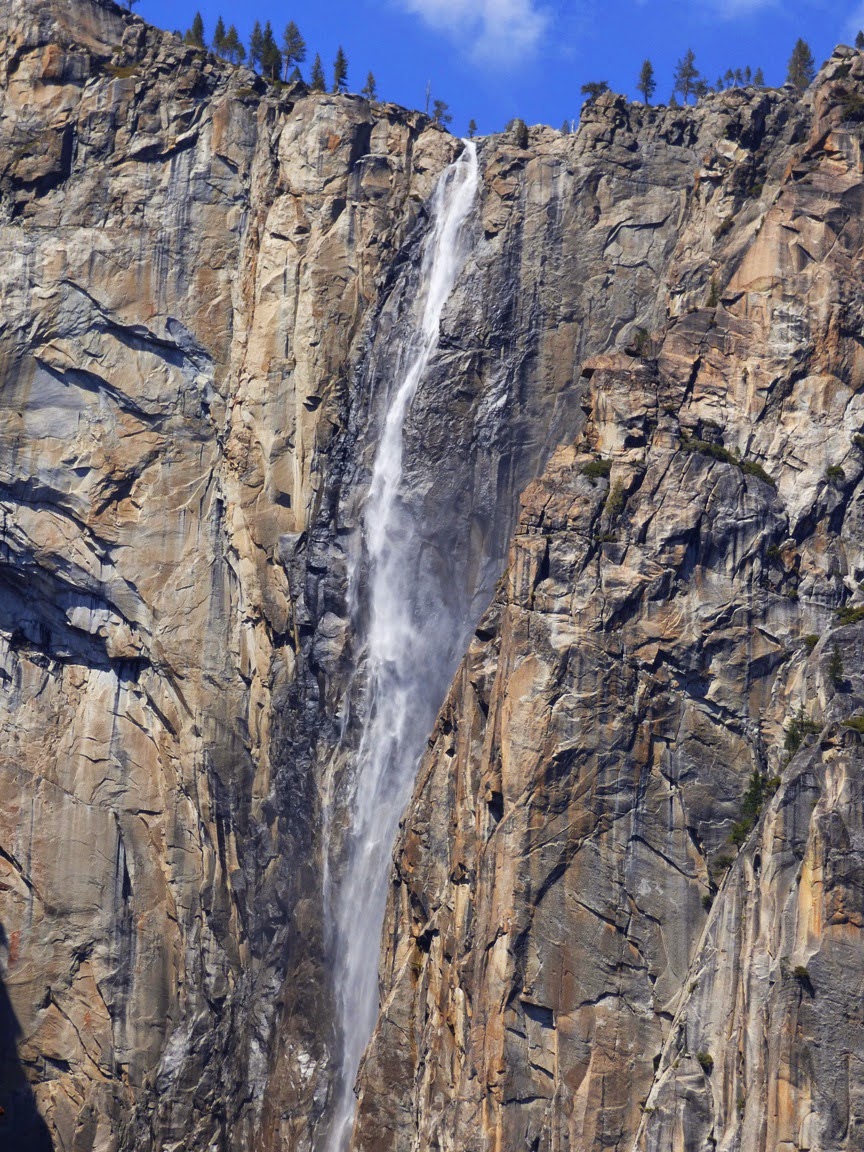 I started up the valley trail from Bridalveil Falls, and ended up with a new view I have not seen before. The trail winds along the base of the Cathedral Rocks, with a sheer precipice of thousands of feet. Being at the base of such high cliffs is awe-inspiring. 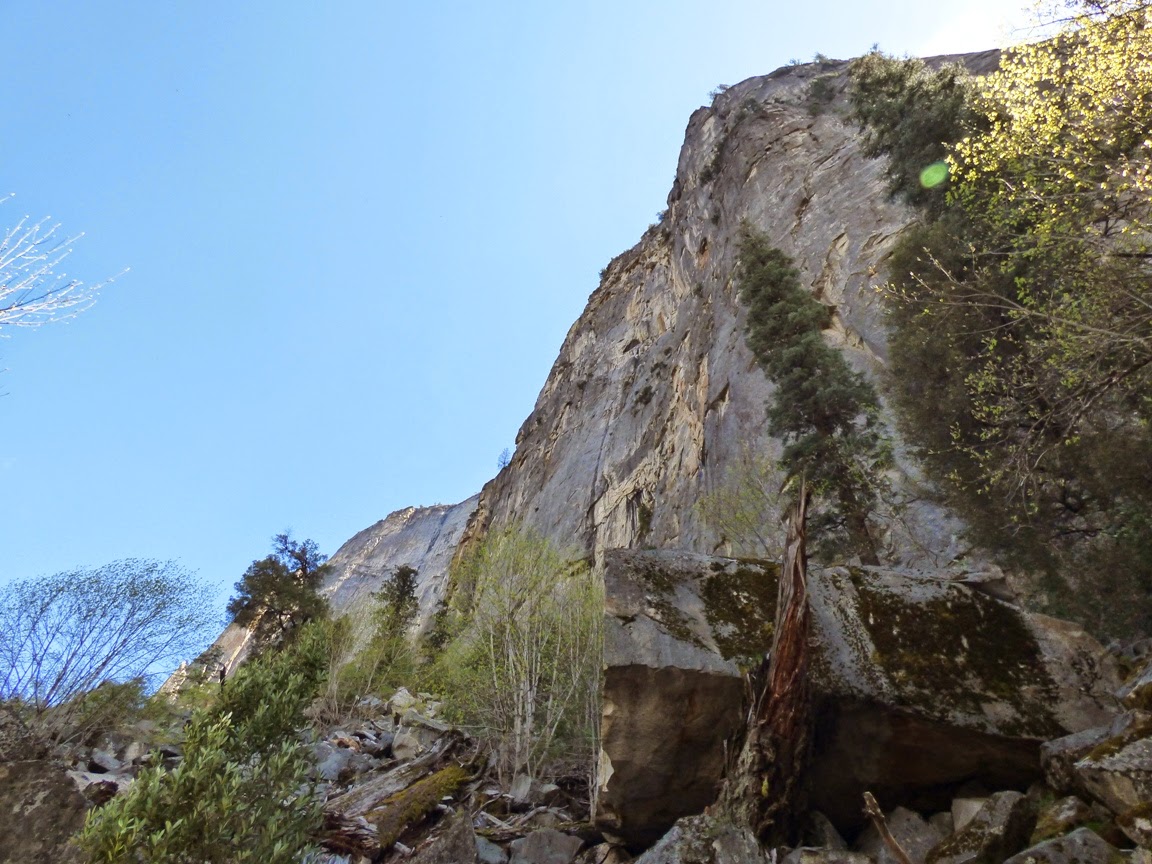 Half Dome gets all the attention, but North Dome is beautiful in its symmetry as well. It stands across from Half Dome on the other side of Tenaya Canyon. And it's a whole dome! 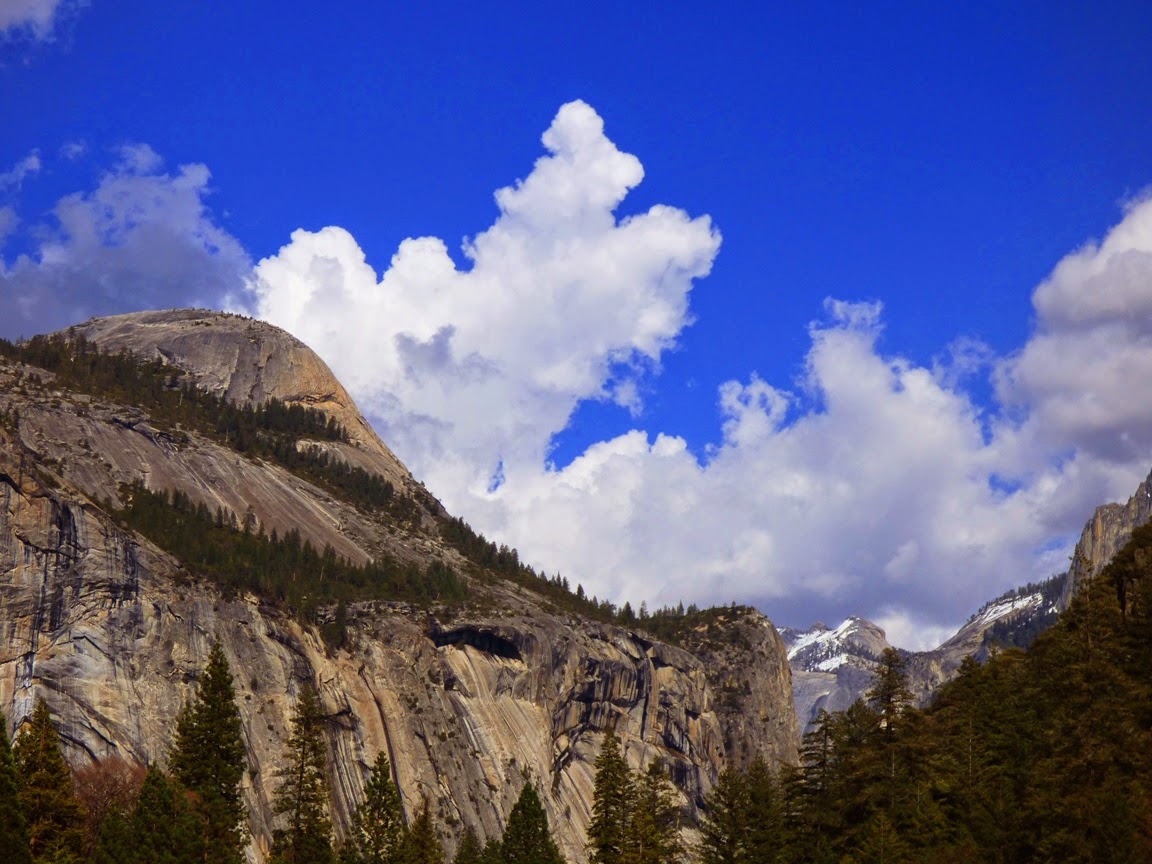 And then there is Yosemite Falls. It never fails to amaze me with its stunning drop of nearly half a mile, and it becomes even more amazing when one realizes that it is misplaced in a manner of speaking. Can you see the cleft in the shadows to the left of the waterfall? The cleft provides a route for the trail that climbs up to the top of the waterfall and nearby Yosemite Point.

The dark cleft used to be the path of Yosemite Creek! The falls used to be an inconsequential side canyon but the glacier coming south from the high country pushed up a moraine, a pile of glacial debris, and blocked the normal channel of the canyon. The stream's new pathway took it over the brink of the cliff. 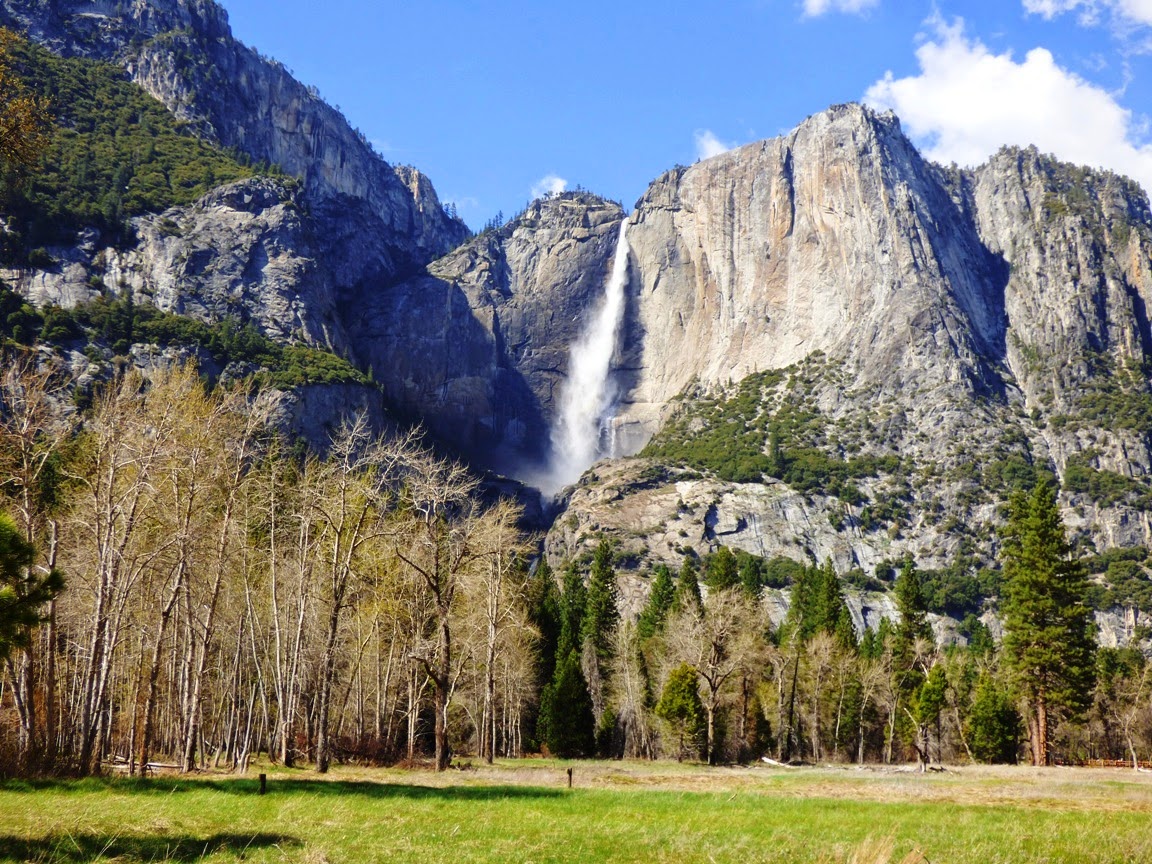 I mentioned the term "under the volcano" in the title because when you stand in the bottom of Yosemite Valley, you are within the frozen magma chambers of a series of volcanoes that once existed here, just five miles or so above. There are eight or nine individual intrusions that make up the valley walls and different susceptibility to erosion has caused the formation of a series of reentrants and coves along with the bold battlements of cliffs like the Cathedral Rocks or El Capitan. Many glacial valleys have long monotonous walls that aren't nearly as appealing a place as Yosemite.

Yosemite is indeed one of the world's most precious places, and I am forever appreciative of living nearby, and being able to share it with you. Enjoy! 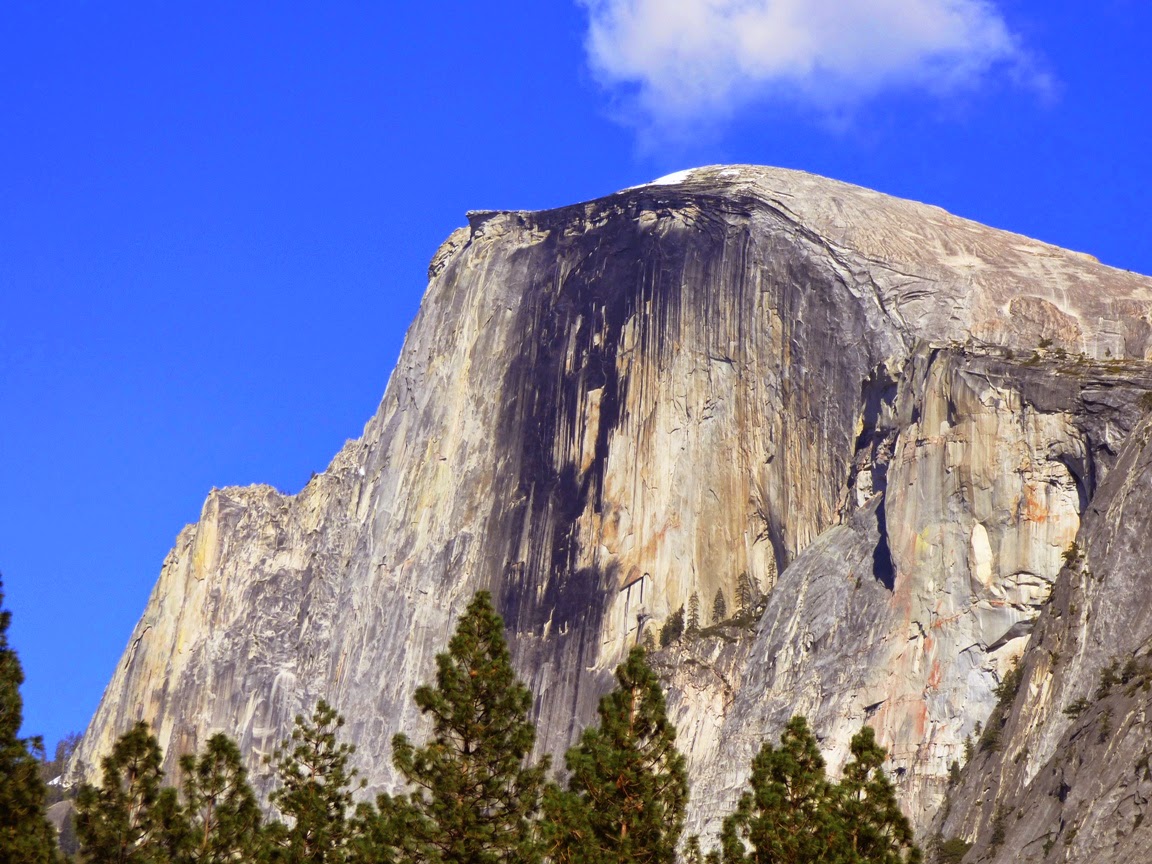