Some Spring Wildflowers from the Coast Ranges, and a mini-quiz

Lindley was apparently a busy botanist. Being the non-botanist I am, I was trying to identify some of the spring wildflowers I photographed last week in Del Puerto Canyon in California's Diablo Range. I tracked down two of them, and both were named for Lindley. I don't know if it was for the same person, but I do see on the Google that there was a John Lindley who was an English botanist in the 1800s.

But first there are the thistles we saw. I know that some of the thistles are invasive weeds, and in fact the star thistle is devastating pastures all over the state. And killing horses in the process. I don't know if the other thistles are natural or invaders. Hopefully my botanist readers can clue us in. 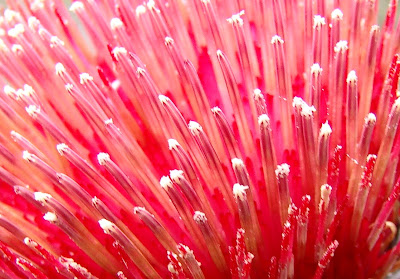 Still, the thistles are a bright addition to the landscape. 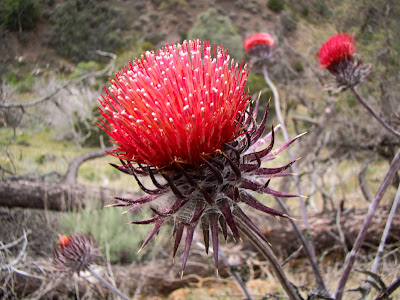 Then there is the first Lindley, the Lindley's Blazing Star (Mentzelia lindleyi). From a distance, I tend to mistake them for poppies, but there is no mistaking the difference up close. This is one of the wildflowers that is tolerant of serpentine soils. 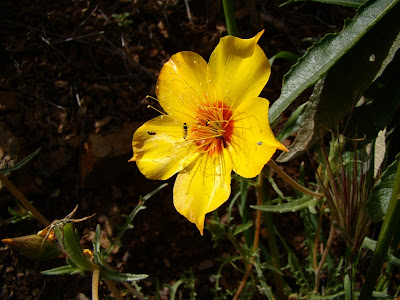 The other Lindley is not actually a flower, but a seed pod. It is the dandelion-like Silver Puff (Uropappus lindleyi).  The actual flower is much like a dandelion too. 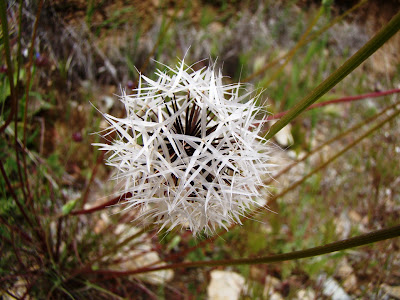 The next flower is not a Lindley, but it is very strange looking. It is apparently called the Chia (Salvia columbariae). The seeds of this flower were an important component of the diet of a number of Native American groups in California and the southwest, and also had medicinal uses. It also appears to be a serpentine-tolerant species.
Then there are the two that I couldn't identify after a brief search. There is the purple flower below... 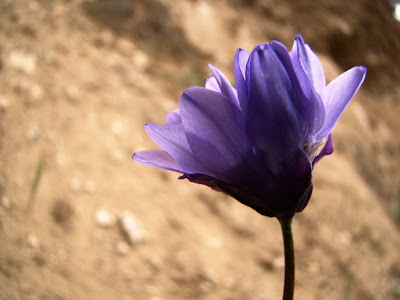 ...and what appears to me to be some kind of Monkey Flower, but as in all things botanical, I am open to correction! 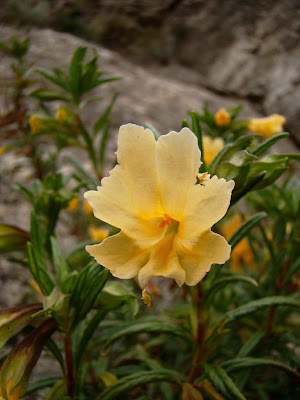 I took three different trips to three very different localities in the last couple of weeks. The first was a spur of the moment exploration of the eastern Great Valley and lower Sierra Nevada foothills near New Hogan Reservoir and Valley Springs, followed by a pair of laboratory field trips to Del Puerto Canyon in the Coast Ranges where I took these wildflower pictures. Then, on Saturday, it was another field trip to Yosemite Valley, where we saw Half El Capitan, Half Cathedral Rocks, Half Yosemite Falls, and No Dome. Check out the different kinds of scenery and rocks...

It's hard to imagine any geological region more different than these three places. The utterly flat and mostly featureless Great Valley, the soaring granite cliffs of Yosemite Valley and the High Sierra Nevada, and the (usually) muted slopes of the Coast Ranges, in this instance the Diablo Range. And yet there is a single geologic entity that joins all of them together.

This isn't exactly a mystery to be solved by the readers, more a lead-in to the next post, but you are welcome to comment if you can answer what exactly it is that links these disparate features of California's landscape.
Posted by Garry Hayes at 12:58 AM

The monkey flower looks like sticky or bush monkey flower -- Mimulus aurantiacus, or Diplacus a. according to some, including the USDA PLANTS database. (it was a shrub, right?) Did you notice the style is touch-sensitive? It's a cool thing to demonstrate, just touch it with a pencil tip and watch the lobes curl up.

The purple flowers might be bluedicks, Dichelostemma capitatum. Do these photos look familiar?: