Anatomy of an April Storm in a Drought-Stricken State 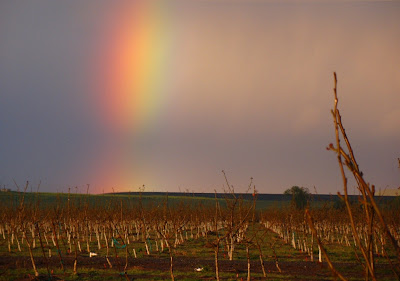 A very busy week, in class and in the field. The semester is almost over, and we have had a series of field trips that had my students exploring the depths of a subduction zone and journeying into the mantle, and tomorrow we explore a magmatic arc from underneath (don't worry, all will be made clear in near-future posts). Meanwhile, we just weathered a series of storms this week, which made our three field trips an experience of threading a complicated needle, trying to avoid getting totally soaked. 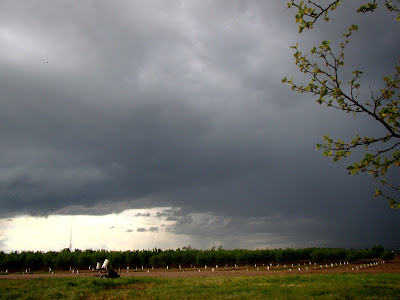 The storm this week was pretty extraordinary, with one-inch hail in a few places, and a rare tornado touching down in Stockton, just up the valley. It's been a bad drought year, so the additional moisture is welcome, in the mountains at least, although I suspect there has been some agricultural damage on the floor of the Central Valley. How bad has it been? There are lots of ways to tell, from NOAA statistics, from weather reports, but I'm reporting from my backyard.

I've always had an obsession with numbers and statistics, and so the gift of a rain gauge when I moved into my current home seemed perfectly appropriate. For whatever reasons, I've kept rainfall records for 20 years now, and so I can compare this extraordinary year with the last fifth of a century. So what have I found? 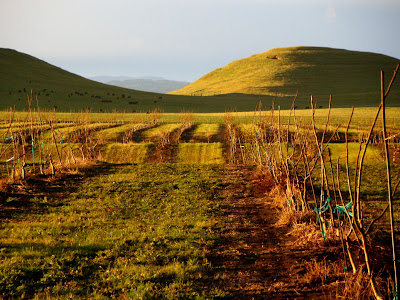 The most rainfall I recorded in a single day was 2.32 inches on January 2, 2006, and the wettest single month was February of 1998 with 8.64 inches. Some of you in wetter climates may find these numbers amusing (I noted a day in 2010 when Big Sur got 22 inches of rain...in 24 hours!). But our valley is very nearly a desert, and the south end, between Fresno and Bakersfield, it truly is. Irrigation is all that keeps most parts of it green. 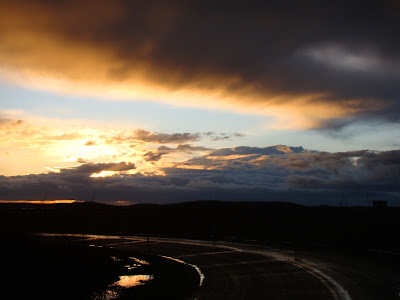 So what kind of a year has it been? We had a single freak storm in October that dropped 1.13 inches. November didn't even make an inch total in three pathetic storms. December had a single storm of  0.38 inches. January had one stormy period that gave us all of 1.4 inches. February? Three small storms totalling an inch. With two thirds of the rainy season past, we had less than five inches. March gave us a slight improvement, with 2.83 inches, but we were on track towards the driest year in two decades. That's why this week was kind of important. It dropped nearly two inches on us, which will translate to about two feet of new snow in the Sierra Nevada. It turns a truly devastating drought into a simply critical drought. 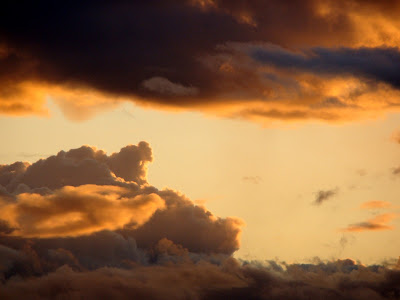 We were running errands in town, and had fun driving through heavy rain and hail. We had a feeling that the clearing storm might provide us with a nice rainbow, so we headed out into the orchards east of town to get pictures. There was indeed a nice rainbow to be seen, and a terrific sunset. It was nice to feel the moisture in the air, since we will soon be facing the great drying, and a long hot summer. 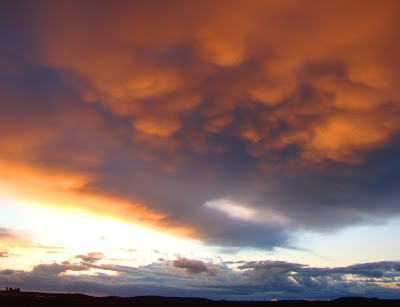 Oh yea, right now we in the west Need more moisture. It's snowing here lightly as I type.