All of these are not like the other, but, then again they are.

I asked the other day what three very different places could possibly have in common with each other: the Sierra Nevada, California's Great Valley (others call it the Central Valley), and the Coast Ranges. You could have missed it, as I filled the first part of the post with lots of wildflowers. 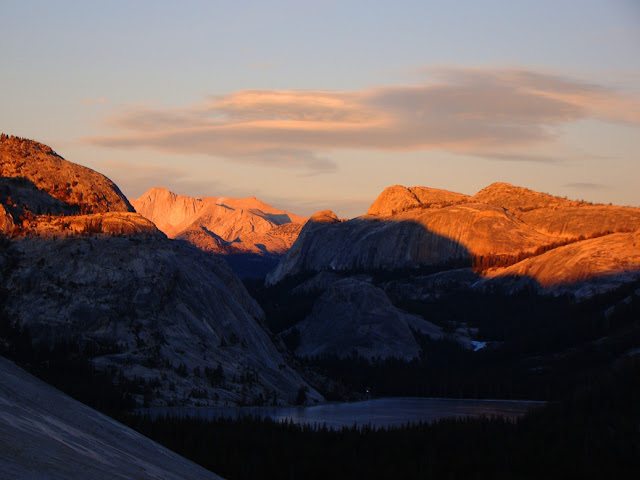 These landscapes are about as different as could possibly be...the Sierra Nevada is a vast 400 mile long mountain range, tilted to the west, that is composed primarily of granitic rock. Granite and related plutonic rocks form from the slow cooling of magma deep in the earth's crust. When the magma chambers were active, there would have been volcanoes and calderas above (I wrote a blog series on Yosemite entitled Under the Volcano in my early days of blogging). 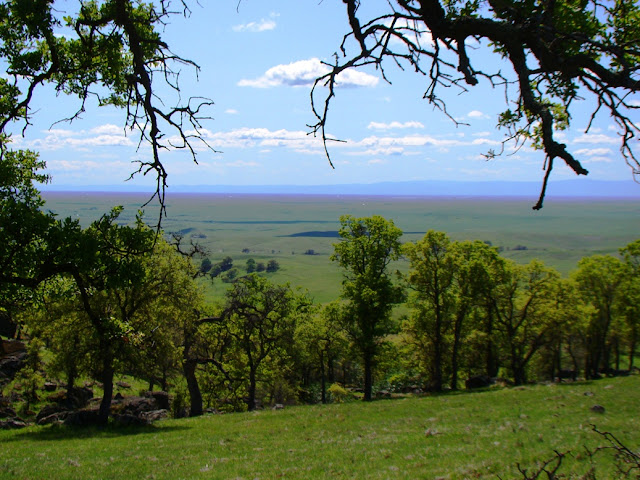 What place could be more different than the Sierra? How about the Great Valley? It is also around 400 miles long, but it is about as flat a place as can be found anywhere in the country. Barely above sea level, it has been a collecting basin for sediments washed from the Sierra for many millions of years. 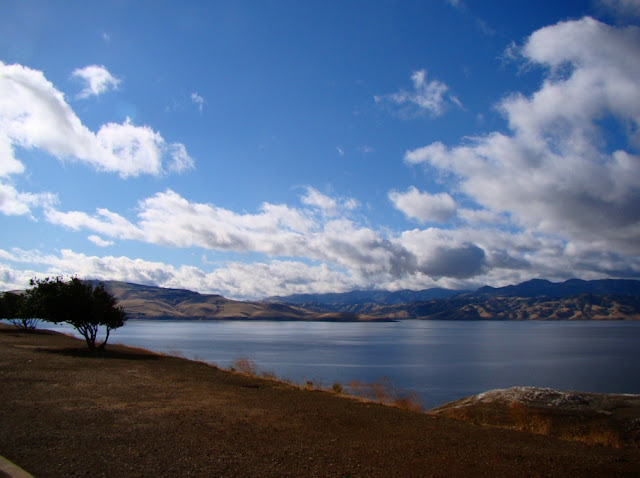 And then there is the Coast Range province...if there was ever a region with multiple-personality disorder, this is the place. In some parts, the sediments of the adjacent Great Valley have been turned upwards into tilted layers described as a homocline. Beneath the sediments we find basalt and gabbro characteristic of oceanic crust. In some places we find mantle peridotite, as shown in the last post. In others we find granitic and metamorphic rocks that look suspiciously like the rocks of the Sierra Nevada. Those parts lay on the west side of the San Andreas fault, which slices right through the Coast Ranges.

The biggest mess is the Franciscan Complex. It can be composed of greywacke sandstone (a sandstone with lots of clay and small rock fragments mixed in, generally, uh, gray in color), dark shale, red and green chert, some basalt, and even bits of limestone or marble. And the rock is a chaotic mix where the normal rules of stratigraphy have been tossed out the window. Geochemical studies show that some of these rocks have been many miles down in the crust, and have since been exhumed. Some of this chaotic mix, termed a melange, can be seen in the picture below, from along the coast north of Muir Beach. 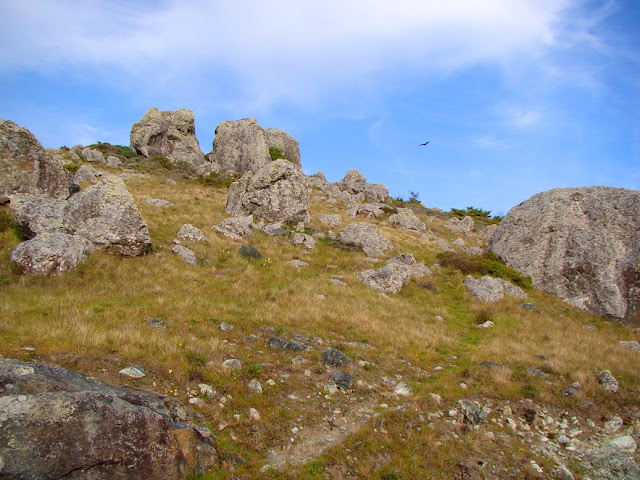 How are they related? If you go to a place like Sumatra, or Japan, or Chile, you will find not only big earthquakes taking place, but also volcanic eruptions on land and deep trenches on the floor of the ocean. These phenomena exist because the oceanic crust is sinking beneath the edge of the continent or island chain along a subduction zone. As the subducting oceanic plate sinks deeper into the earth's hot mantle, fluids are released into the overlying rock, lowering the rocks's melting point. Parts of the mantle and crust melt, forming magma that rises through the crust, erupting from volcanoes, or cooling slowly to form granite and related plutonic rocks. The resulting chain of volcanoes and plutons is called a magmatic arc.

On the ocean floor, sediments are scraped off the descending oceanic crust and mixed with sediments washing into the trench from the land. The resulting jumble is called an accretionary wedge. Between the accretionary wedge and the magmatic arc, a shallow ocean basin often forms, collecting thousands of feet of sediments like sand, silt and clay. This linear sea is called a forearc basin.
You may see where this is going, since we seem to have explained the origin of granitic rock that graces much of the Sierra Nevada. But the picture isn't complete: there are few active volcanoes in the Sierra Nevada, the Great Valley is not an ocean basin, and the Coast Ranges don't look anything like a trench/accretionary wedge deposit. And that is why Central California is such an interesting place for geologists.

If you think about it, you might realize how difficult it is to directly sample the rocks in an active subduction zone complex. The volcanoes are there to see, of course, but it is difficult to drill into the active magma chambers. And the forearc basin and accretionary wedge are generally beneath the waves, meaning that research drilling would face even greater challenges. But there is no longer a subduction zone in Central California. It has been replaced by the lateral motion of the San Andreas fault (a transform boundary). The various parts of the subduction zone complex have subsequently been uplifted and eroded, revealing the deepest parts of a converging plate boundary.

The volcanoes of the Sierra Nevada magmatic arc were mostly eroded away millions of years ago (some eroded fragments cover parts of the northern Sierra Nevada). The sediments of the forearc basin are still largely in place, forming the basement of the Great Valley, but on the western edge, the sediments have been turned upwards, as seen in the hastily sketched diagram below (I forgot my chalkboard on the field trip last week, so I used this sketch in the field). We can literally drive into the earths crust for 20,000-30,000 feet all the way to the underlying ocean crust, which we call the Coast Range Ophiolite. We simply need to drive or walk up into the canyons of the Coast Ranges. In some places we find mantle rock, in the form of peridotite or serpentine. Likewise, we have numerous exposures of the accretionary wedge deposits that can be sampled with a hammer instead of a drill rig on a ship. 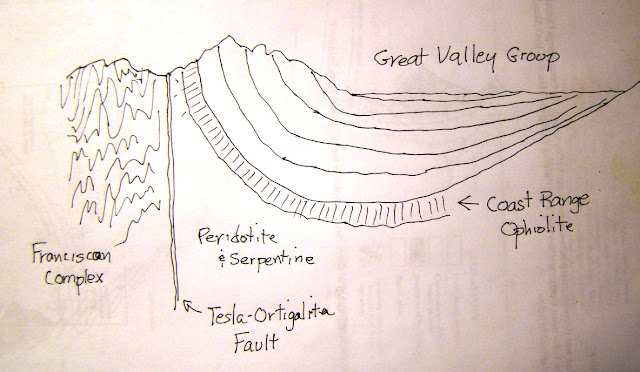 And that's what all the strange landscapes of Central California have in common. They are all parts of fossil subduction zone, one that existed off the California coast for nearly 200 million years before it was replaced by the San Andreas fault. I'm glad I have the privilege of teaching here.
Posted by Garry Hayes at 9:55 PM

I will be on the Central Coast in a few weeks, around Santa Maria, San Luis Obispo. Can you recommend some places in this area to view the melange, ophiolite, serpentinite and other cool things you talk about? and maybe even a guidebook or road log?

I haven't been that way as much, but there is some good stuff in the region. Our Far Western Section has a guidebook for part of the coast in the region, linked here: http://nagt-fws.blogspot.com/2009/04/spotlight-on-california-geology-2006.html