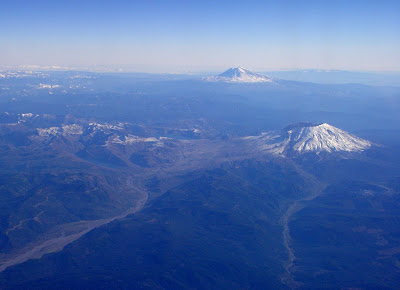 It's the 30th anniversary of the eruption of Mt. St. Helens, the most recent volcanic disaster in the lower 48 states. Aside from the Lassen Peak eruptions of 1914-17, it is only major eruption of the last century, and for us "more mature" folk, the only one in living memory (in Alaska and Hawaii, a way of life...). It was a fascinating event, as most eruptions are, and was a stark reminder that we on the western side of the country are living in a sometimes dangerous place. 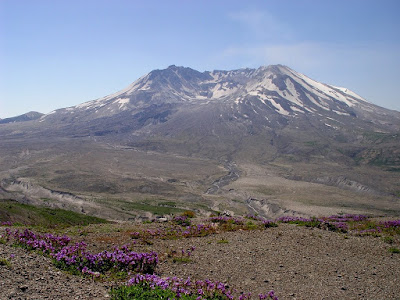 Living with volcanoes is like living with earthquakes: we don't know when something will happen, but we should educate ourselves for the eventuality. Volcanic hazards rarely involve Hollywood-style lava: it is the ash that does the damage most of the time, in the form of ash falls, hot ash flows (pyroclastic surges), and lahars (volcanic mudflows of ash and debris). 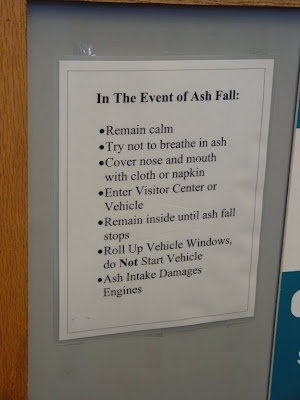 Don't live around Seattle or Portland? Got no worries? Here in California we have very youthful volcanic features in the eastern Sierra Nevada, in the Imperial Valley near Salton Sea, in the Mojave Desert in several places, in the Basin and Range around Death Valley, in the Coast Ranges, especially north of Napa and Sonoma, and of course around Shasta, Lassen, and Medicine Lake Highland.
Despite the Tommy Lee Jones movie, I don't think Los Angeles really needs to worry about volcanoes though. Stick with earthquakes, floods, landslides and mudflows for the time being! 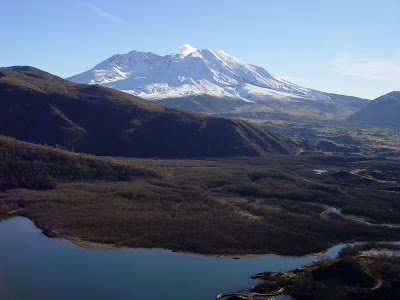 I'm off today to celebrate St. Helen's 30th by visiting the underside of giant former volcano: Yosemite National Park. Cheers!
Posted by Garry Hayes at 7:36 AM

Thanks for reminder Garry. It was a fascinating place to work.