Climate Change and the Integrity of Science 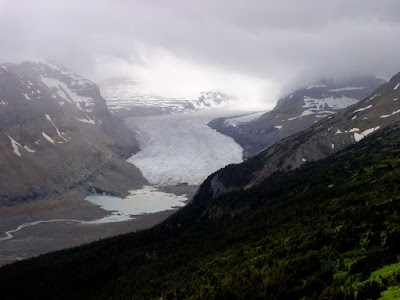 I want to echo Callan Bentley's comments about this statement published in the journal Science. The mainstream media, worried about being accused of "bias", is too easily manipulated by the politically and ideologically driven opposition to action on global warming and climate change. The MSM is the target of an intense and well-funded "manufactured doubt" controversy. It is not an "on the one hand, but on the other hand" opinion about whether global warming is taking place. The long-term effects are already being felt worldwide, with melting glaciers, declining snowpacks, and crippling droughts. The statement below acknowledges that scientific conclusions are sometimes wrong, but that the scientific approach acts to correct mistakes. This is a real challenge we face, and the effects will be nation-wide and world-wide.

From the Journal Science:
Climate Change and the Integrity of Science

We are deeply disturbed by the recent escalation of political assaults on scientists in general and on climate scientists in particular. All citizens should understand some basic scientific facts. There is always some uncertainty associated with scientific conclusions; science never absolutely proves anything. When someone says that society should wait until scientists are absolutely certain before taking any action, it is the same as saying society should never take action. For a problem as potentially catastrophic as climate change, taking no action poses a dangerous risk for our planet.

Scientific conclusions derive from an understanding of basic laws supported by laboratory experiments, observations of nature, and mathematical and computer modeling. Like all human beings, scientists make mistakes, but the scientific process is designed to find and correct them. This process is inherently adversarial—scientists build reputations and gain recognition not only for supporting conventional wisdom, but even more so for demonstrating that the scientific consensus is wrong and that there is a better explanation. That’s what Galileo, Pasteur, Darwin, and Einstein did. But when some conclusions have been thoroughly and deeply tested, questioned, and examined, they gain the status of “well-established theories” and are often spoken of as “facts.”

For instance, there is compelling scientific evidence that our planet is about 4.5 billion years old (the theory of the origin of Earth), that our universe was born from a single event about 14 billion years ago (the Big Bang theory), and that today’s organisms evolved from ones living in the past (the theory of evolution). Even as these are overwhelmingly accepted by the scientific community, fame still awaits anyone who could show these theories to be wrong. Climate change now falls into this category: There is compelling, comprehensive, and consistent objective evidence that humans are changing the climate in ways that threaten our societies and the ecosystems on which we depend.

Many recent assaults on climate science and, more disturbingly, on climate scientists by climate change deniers are typically driven by special interests or dogma, not by an honest effort to provide an alternative theory that credibly satisfies the evidence. The Intergovernmental Panel on Climate Change (IPCC) and other scientific assessments of climate change, which involve thousands of scientists producing massive and comprehensive reports, have, quite expectedly and normally, made some mistakes. When errors are pointed out, they are corrected. But there is nothing remotely identified in the recent events that changes the fundamental conclusions about climate change:

(i) The planet is warming due to increased concentrations of heat-trapping gases in our atmosphere. A snowy winter in Washington does not alter this fact.

(ii) Most of the increase in the concentration of these gases over the last century is due to human activities, especially the burning of fossil fuels and deforestation.

(iii) Natural causes always play a role in changing Earth’s climate, but are now being overwhelmed by human-induced changes.

(iv) Warming the planet will cause many other climatic patterns to change at speeds unprecedented in modern times, including increasing rates of sea-level rise and alterations in the hydrologic cycle. Rising concentrations of carbon dioxide are making the oceans more acidic.

Much more can be, and has been, said by the world’s scientific societies, national academies, and individuals, but these conclusions should be enough to indicate why scientists are concerned about what future generations will face from business-as-usual practices. We urge our policy-makers and the public to move forward immediately to address the causes of climate change, including the unrestrained burning of fossil fuels.

We also call for an end to McCarthy-like threats of criminal prosecution against our colleagues based on innuendo and guilt by association, the harassment of scientists by politicians seeking distractions to avoid taking action, and the outright lies being spread about them. Society has two choices: We can ignore the science and hide our heads in the sand and hope we are lucky, or we can act in the public interest to reduce the threat of global climate change quickly and substantively. The good news is that smart and effective actions are possible. But delay must not be an option.

* To whom correspondence should be addressed. E-mail: petergleick@pacinst.org
Posted by Garry Hayes at 12:35 PM