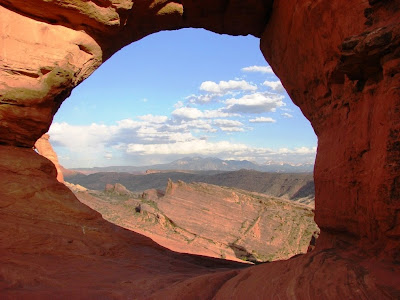 I was never much of a photographer for most of (some would say "all of") my life. In those olden days when people used this stuff called "film", they would take rolls of 20 or 36 pictures, send them off to a processor, wait two or three weeks, and the pictures would come back in the mail and one could then see the disastrous results of their attempts to capture things on photographic paper. Each image cost money, so every shot had to count.

This had the worst affect during one of the great adventures of my life: a five-week-long hike along the crest of the Sierra Nevada in 1975, just after my high school graduation. We were stretched to the limit on our budget for the trip, so I allocated myself one roll of film per week. That's at best 5 pictures per day, on my little Kodak Instamatic, of one of the most beautiful landscapes on planet Earth. Every shot had to count, so I tried to make sure everything was visible in every picture. As a result, not one of the pictures I took during that 35 day trek is memorable, other than being a memory jogger after 35 years.

So photography wasn't much of my identity or priority as I continued through my career. I used slides in classes, but often from someone else's collection, because I just couldn't capture what I wanted. And it was expensive and I was too impatient to wait for the results.

Then digital happened. I wasn't on top of the revolution, but in 2001 I was making my first overseas geology trip, and I had to have some better way to document the journey to Scotland. I convinced the department to spring for a 3 megapixel Sony point-and-shoot, which arrived the day before our flight left, so by the time I got on the plane, I had shot and downloaded exactly three pictures. Just the same, the freedom to take hundreds of pictures was a breath-taking revelation. I could concentrate on single subjects! I could use the macro setting to take close-ups! And best of all, I could erase the many rejects without a financial implication!

So now I have a digital library of around 30,000 pictures of mostly geologic topics (not to mention the additional thousands of family pictures) and Chris at Highly Allochthonous is deviously asking us to chose our favorite photo for this month's Accretionary Wedge Carnival. I had a hard time choosing, and on another day another picture would probably be chosen, but my pick is the shot above, looking through an arch at Arches National Park towards the La Sal Mountains in Utah. Why did I choose it? I think it is because it is a single shot that actually does capture the essense and expanse of geology (in other words, it does what all my Sierra pictures in 1975 were supposed to do).

The Entrada Sandstone framing the picture is a Jurassic dune and coastal estuary/mudflat deposit. Dinosaurs and other wondrous creatures lived and died on these sands. The La Sal Mountains in the distance are cored by laccoliths, large mushroom shaped intrusions that were probably magma chambers for long vanished volcanoes. The tilted rocks in the foreground are the part of a large anticline, an upward pointed fold in the crust that was pushed up by huge masses of salt that pushed upwards and pierced the crust. As the salt breached the surface, it dissolved away and the top of the anticline collapsed inwards. The overlying sandstone cracked into numerous wall-like fins. Weathering ate away at the glue holding the sandstone together at the base of the fin, and wind and water carried the sand away, leading to the formation of an arch. So, in one picture we have volcanism, plutonism, erosion, deposition, paleontology, tectonism, and...memories, because Arches is one my favorite places on the planet.
Posted by Garry Hayes at 1:00 PM

Nice choice Garry. I think you about covered it, except for karst maybe.

That is a beautiful shot. And I agree about the advent of digital imaging. I don't have all that many pictures of my kids past age ten or so. But Were they little now I would have a ton.

I love the way you can't tell a story from the rocks. It's fascinating. Ae love arches too, and it's closer to us, I think. If ever you come out this way, be sure and let us know, we'd love to tag along on a geology outing just to hear you tell stories!

PS: The white on black type of your blog leaves an afterimage on my retinas when it switches to white to make comment. It's a very weird sensation.