The Other California: An Enigmatic Gorge, the West Walker River Canyon 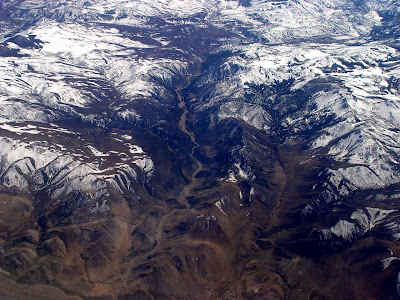 Rivers used to be such simple things. I learned it in third grade. Water evaporated out of the ocean, fell on the mountains as rain or snow, and carved a canyon on the way to the sea. And then I found out it wasn't quite that straightforward. With a few exceptions (like rapidly growing volcanoes), mountains don't suddenly appear and then start eroding. Erosion is going on all the time the mountains are rising. And then one finds that few rivers are simple: they do strange things sometimes, like flowing right through mountain ranges. Or changing directions in illogical ways. Lots of rivers in my corner of the world just end, in the middle of the desert, or on the floor of my Central Valley. Some, especially in limestone country, disappear unexpectedly and then reappear somewhere else. 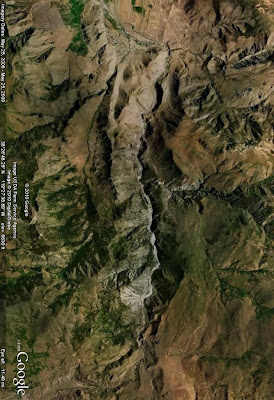 And so it is with one of my favorite rivers, the West Walker in the Eastern Sierra Nevada. I started my brief exploration last time at the headwaters of the river, where the glaciers had sculpted the river canyon. The valley was wide and open and the river meandered across open meadows for the most part. But near the junction of Highways 108 and 395, the character of the canyon abruptly changes. It plunges into a deep declivity, and in the next 12 miles it quite literally cuts through a mountain. It then flows into the wide fault graben of Antelope Valley and eventually crosses two more mountain ranges in Nevada before ending in the salty waters of Walker Lake. 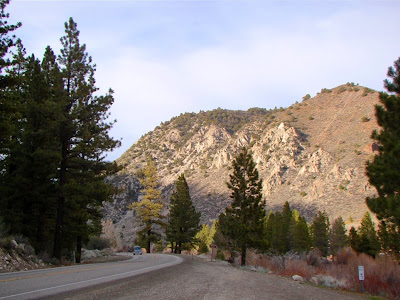 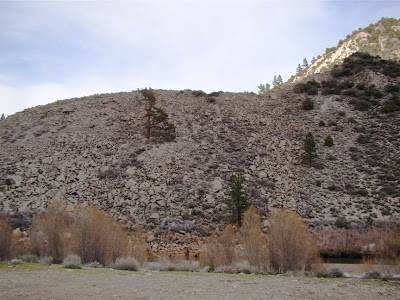 So what happened to form the West Walker River gorge between Sonora Junction and Antelope Valley? It is a geologically young valley compared to the relatively gentle erosional surfaces that surround it. There are odd abandoned drainages here and there, and pirated stream channels. The orientation of the river seems most strongly influenced by both glacial activity and fault movements. Faults in the region have a strong north-south orientation and recent activity is clearly indicated by late Pleistocene or Holocene scarps at Sonora Junction and Antelope Valley at either end of the gorge. Any possible recent activity in the gorge itself has been obscured by erosion and slope wash, so the precise role of faulting is difficult to discern. The west canyon wall is generally higher than the east wall, so faulting very well may have guided the location of the river. 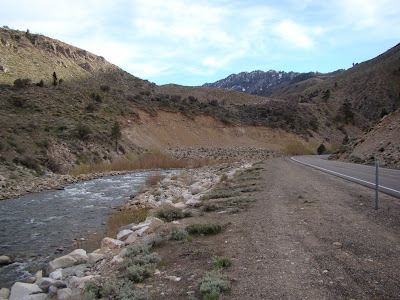 The most recent glaciations (the Tahoe and Tioga) did not reach into the gorge, but the much older (~800,000 years BP) Sherwin glacier flowed the entire length of the canyon, leaving a train of erratic boulders as much as 1,200 feet above the present-day river. Glaciers certainly have a penchant for changing the orientations of rivers, and that probably happened here, but the present channel does not have any of the usual features of glaciers that could pinpoint the precise location of the glacial pathway, as vigorous downcutting in the last 800,000 years has removed any direct signs of the passage of ice in the inner canyon. Just the boulders on the canyon rim. 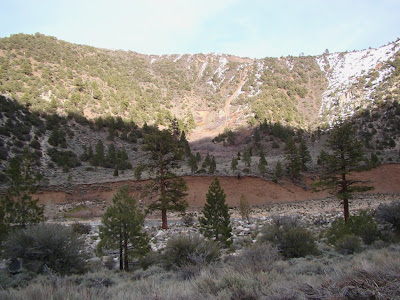 Severe erosion of alluvial fans along the river from 1997 floods

Whatever the origin of the gorge, the constriction of the river in this narrow and deep v-shaped canyon has geologically hazardous consequences for those who live and travel in the area. The only place for a highway is right next to the river, and there really isn't room for both of them. In 1997, a flood of catastrophic proportions removed most of the highway, and reshaped the canyon walls in many places. Rockfalls are common, and a few immense rockslides are present at several locations. A number of disastrous wildfires in recent years have led to mudflows. And the fact that much of the canyon is continuously in shadow means that black ice can linger on the road surface far longer in winter than on other parts of the highway. Even in dry conditions, the sharp curves lead to accidents. A bus rolled over here in 1987, killing 21 passengers.

On the other hand, the gorge is spectacular, and has many interesting mysteries. There are campgrounds, picnic areas and some really great fishing holes as well. Check it out!

The "Other California" is a continuing series about the less familiar places in our state with interesting geology. Our next post will be on the Antelope Valley, the downstream end of the West Walker in California.

The pioneering studies of the region :

Halsey, J. G., 1953, Geology of parts of the. Bridgeport, California and Wellington,. Nevada quadrangles (Ph.D. dissert.) Berkeley, University of California.
Posted by Garry Hayes at 12:31 AM

Awesome Garry! I found that post quite fascinating! Sadly, I have never heard of that river before :(
-Luke-

I camped at this location in April 2010. I collected may specimens here as well...
Among them: fist sized pc. of black obsidian, jaspers, basaltic rock, and even a small opal!