May the 4th Be With You!

Given all the posts and puns today in honor of "May the 4th be with you", I offer up a real-life version of a Sarlacc, the monster from Star Wars: Return of the Jedi. The monster from the movie, as many of you know, ate people and digested them in torment for a thousand years or more. The mouth of the creature looked remarkably like the mouth of this Anomalocaris from the Cambrian Burgess Shale in Canada. The unusually well preserved fossils of the Burgess provide a window into what the soft-bodied fauna looked like soon after multi-celled life forms began to populate the planet around 550 million years ago.

Photo from the Smithsonian

The fossil was long misunderstood. At first, the mouth was thought to be a jellyfish of some sort, while the grasping claws (below) were thought to be some kind of shrimp. The tail was thought to be a third creature. It wasn't until 1985 that researchers realized that the separate bits were part of one of the first predators on planet Earth. And what a terrifying predator it was! 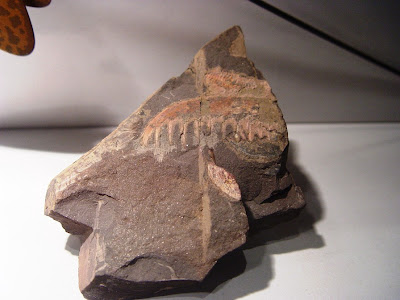 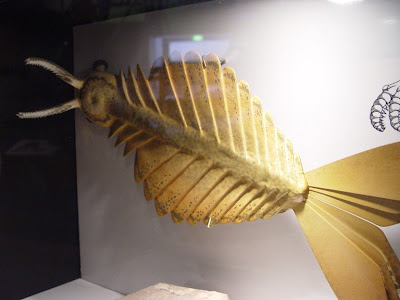 Most of the Burgess Shale creatures were small, usually a few inches or less in length. The Anomalocaris was close to three feet long. Imagine if you were being chased and consumed by a ravenous monster the size of an Apatosaurus! 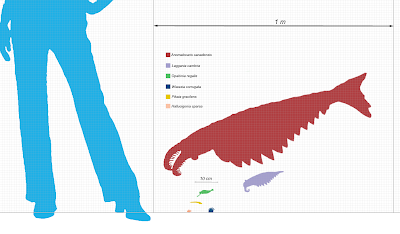 Just wodering where your photographs were sourced? in particular the fossil specimen?