The Other California: The West Walker River and the Antelope Valley 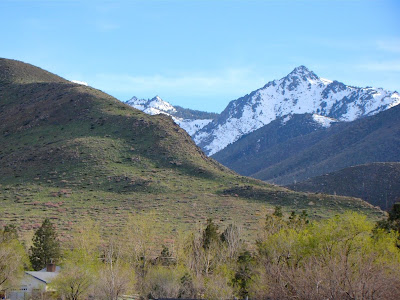 The West Walker River, the latest entry in our "Other California" series, changes character many times on its journey from the headwaters in the High Sierra to the end of the river in the desert at Walker Lake in Nevada. It begins as a glacially carved valley, plunges into a deep river-cut gorge, and then it flows out into a wide open alluvial plain, the Antelope Valley. Unlike the erosion that is taking place upstream, this is a place where the river deposits material. In other words, Antelope Valley was not carved by a river at all. As can be seen in the GoogleEarth image below, the use of the river changes as well: upstream is protected watershed and recreation/wilderness country, but the Antelope Valley is given over to agricultural development. 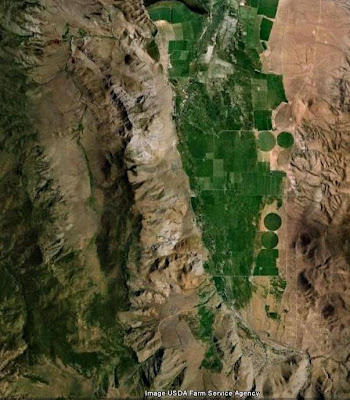 Notice in the image above how asymmetrical the valley is: on the left (west) it has a sharp boundary with the mountain flank; on the right (east), the valley slopes gradually up into the foothills of the Sweetwater Mountains. It is the expected shape of a fault-formed valley, a graben (really a half-graben, since the major faults are on one side, the left). Antelope Valley sits astride the boundary of the Sierra Nevada and Basin and Range provinces, where the solid block of the Sierra is being sliced up into a series of fault-bounded grabens. The picture below shows the upper (southern) end of the valley from Monitor Pass, with the Sweetwater Mountains in the distance. 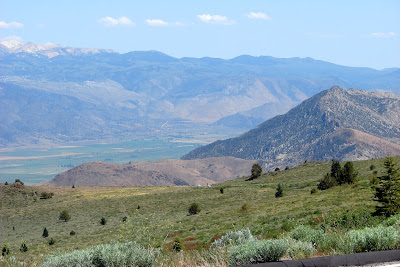 Upon hearing that this is a fault valley, most people might ask if the faults are still active. In a word, yes. Besides the youthful appearance of the mountain front (look at the sharp slope break in the photo below where the valley is sliding down relative to the mountain slope), the river has been forced to flow mostly on the west side of the valley, where the valley has dropped the most. The break in slope is where one would look for evidence of recent earthquakes, but slopewash has covered the fault terraces (scarps) in most places. Except for the streams and alluvial fans that cross the fault trace. That was what I was searching for when I was doing my masters thesis many years ago in this valley. I was very pleased when I found some. 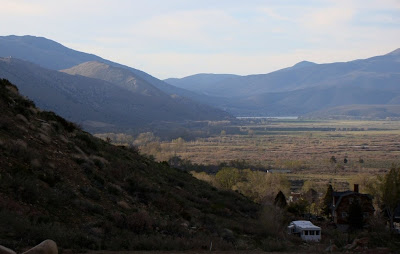 The person who did the original mapping in the 1950's was working primarily on the rock exposures, and wasn't really looking for recently active faults. By the 1980's a number of people were looking a lot harder, trying to determine the seismic hazard for the region. Fresh alluvial fans provide a possibility of dating the occurrence and size of the last earthquake to cause ground rupture in an area.
The picture below is the Mill Creek fan, at the extreme south end of Antelope Valley. Under normal circumstances, an alluvial fan should be a smooth, gently sloping surface. Here at Mill Creek, the surface steps down to the left, forming a terrace. Immediately after the earthquake this terrace may have been essentially vertical, much like the scarps formed in April in Baja California (examples of scarps are shown on this post from last month - Slinkard Valley lies immediately west of Antelope, and the post has a nice cut-away showing the arrangement of the fault blocks). 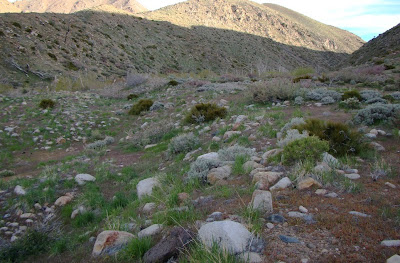 Scarps like these show that the last major earthquake took place in the recent geologic past, very likely less than 10,000 years ago, and maybe as recently as 3,000 years ago (the latest incarnation of the state fault hazard map is in agreement). The length of the fault and the size of the scarps are characteristic of quakes in the range of magnitude 6.5-7.0 (USGS analysis is here). A magnitude 5.8 event, the Double Springs Flat earthquake, shook the extreme north end of the Antelope Valley fault system in 1994.

Earthquakes are not the only hazards associated with the Antelope Valley. I had a personal experience with the massive flood of 1997 that I chronicled in a post last year. The flood was twice the size of the previous record flood, and resulted in a new channel being formed. The Army Corps of Engineers put the river back after a few weeks. I have video of the event, which I hope to find and post as soon as I can.

If you visit the Antelope Valley in the fall, you may have a unique and increasingly rare experience. The very first time I saw the valley, in 1976, I was on my second geology field trip. We were in a hurry to get somewhere, and we rolled into the valley at a high rate of speed, only to be brought to a complete stop by a ... stampede. Well, ok, to us flatlanders it was a stampede. It was actually a very large herd of cattle being directed down onto the valley floor to spend the winter after fattening up in the adjacent high country. Oh, and I must say that the 100-year-old Cottonwood trees along the highway at Coleville and Topaz have a wonderful blazing yellow glow when the weather is turning cold and the leaves are turning.
Posted by Garry Hayes at 9:04 PM