What Would a Martian Do? Where Would You Land on Earth? 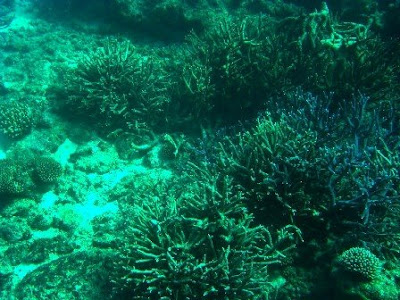 If I were a Martian and had five spacecraft, where would I choose to put them on Earth in such a way as to learn as much as possible?

I would have to start with the oceans. They cover 70% of the surface, hiding any structures in the rock, and providing an opportunity for life to arise. One of the first choices I would make is a shallow marine landing in the equatorial regions. It seems to me that vast areas of molten ice (that's how they would see it) would be mysterious and perhaps even inhospitable. I would leave it to the Martians to design a device that could explore the mysterious waters. Would it sink and sit on the bottom, or would they think to give it the mobility to explore different depths?

How would Martians see the chance of life developing? They live on a cold, dry planet with liquid water a rare phenomenom. Would they pick a landscape on Earth that is most like theirs, in hope of finding life there? How about the Dry Valleys of Antarctica? It might not tell them the most about the planet, but would it confirm their pre-conceived notions about Earth and the similarities it shares with their planet?

Erosional processes on Earth are clearly different from those on Mars. If I were them, I would aim for one of the boring places, such as the Central Valley of California, or the Mississippi River basin to get samples of soils that develop in depositional basins in order to learn something of the current and immediate past climate. What would they make of soil horizons?

On the other hand, vast eroded areas of bedrock would present an intriguingly new landscape for a Martian. I would pick a deeply eroded, but flat terrain that reveals as much geological history as possible. With a good eroded anticline and a rover, one could work out a geological history for an area quite readily. I am thinking maybe some of the anticlines in Wyoming, or the Virgin Anticline near St. George Utah, or the Kettleman Hills in the Central Valley of California. Another erosional landscape would be one of the shield areas such as those found in parts of Australia's Outback, or northern Canada.

The Martians would surely be curious about active river systems and stream erosion. There would be obvious benefits in exploring a river gorge that exposes a great deal of geology, like the Grand Canyon, but I wonder about the technological challenges of exploring such a place with an un-manned (un-martianed) craft. 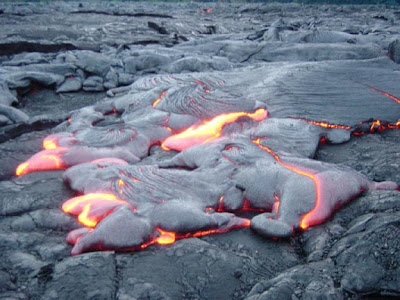 Finally, wouldn't they be drawn towards active volcanoes? They will have studied their own ancient shields, and understand the rock chemistry, but they never will have seen an erupting volcano. Would they shoot for the Big Island of Hawai'i, or Mt Etna? Or would our shield volcanoes seem too pedestrian? Would they go for a big stratovolcano instead? What about Cleveland or Augustine in the Aleutian Islands? 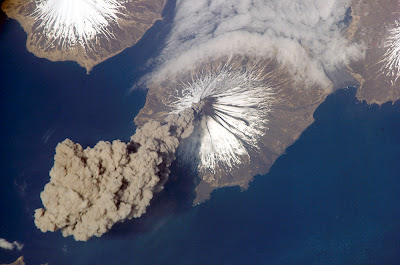 The martians would have to land at Tulare Lake. That would be an easy landing, and it would put them close to our leader, J.G. Boswell.

The scary part is if we hold the Martians to the same constraints we put on our missions to Mars - must land in a flat "not too rocky" area with enough sunlight to power the solar arrays... and these conditions must apply over the entire landing ellipse (50 km axis might be a good estimate).

They'd probably end up in Kansas, the Atacama, or the Sahara. And miss some of the really exciting stuff unless they could drive a ways. (And we wonder why the Viking landing sites are so "boring")