What Did You Sacrifice in the War, Daddy? 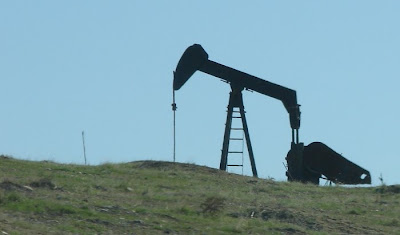 I guess today's post falls under the category of geo-political rant. I remember the tales my grandparents told me about living during the World Wars (both of them!). My grandfather was never in the military, but he spent part of World War I working in a shipyard. My uncle served in the Navy in World War II, and the family did what they had to do to aid the war effort: I still have a few of the ration tickets they had at the end of the war. Ration tickets! There were severe limits to how much gasoline, meat, sugar, and other necessities a family could consume each month to make sure the troops had enough to wage the war. The entire country sacrificed, willingly or not, because the alternative was frightening: we probably never would have been invaded, but we would have been isolated in a world dominated by Nazis in Europe and the Japanese in Asia. Nearly a half million Americans would die, so that few families were left untouched by the pain of losing a family member to the conflict.

Fast forward to the present day conflict in Iraq (and I fear, if the idiots in the White House have their way, Iran). A war being fought by "volunteers", for a longer duration than World War II. So many families have been financially and emotionally trapped by having a family member in the reserves, which have not been called up in decades, except for Iraq-related incidents. Soldiers being recalled to duty in Iraq, three and four times over. More than 4,000 Americans dead, not to mention hundreds of thousands of Iraqis. A horrific number of war wounded and maimed, and an incalculable future of post-traumatic stress syndrome that will affect our vets for decades.

Our soldiers are serving their country admiralbly and honorably, but it seems that they are the only people who are sacrificing any part of their lives and resources. What have we been asked to do? Buy more! Show the terrorists that we consumers can continue to spend and borrow so we can have more things! Put a "support our troops" bumper sticker on our SUV's. What else? Oh yes, we can be disturbed by the images of war that we see on tv. And then turn the channel. We aren't even paying for this war. We are paying for it by credit card; our grandchildren will foot the bill for us.

And what have we done in the last 30 years since the last gas crisis? Essentially nothing, and even worse, our vehicles have grown larger, consuming ever more fuel to get us around town for our absolutely essential errands. Detroit and Congress and the President can barely agree to slight increase mileage standards in the next ten or fifteen years.

Am I angry? I guess it sounds that way. I have been keeping a count of the war dead on my office door ever since the 700th soldier died. Someone, or more than one "patriot" has continued to tear down my tally month after month, somehow irritated that we should keep in mind the sacrifice being made by our heroes in the military. I have been at it for so long, I have become numb to the numbers. They almost lost meaning to me, until this week.

The idiot who occupies the White House revealed what he has sacrificed in the war effort. He gave up golf in 2003! He thought it would send the wrong message to be smacking a little white ball while good people were dying. What does he say to the fact that he has spent more time on vacation than any other president?

And the next time a politician, or a columnist, or a talking head on television tries to justify a war, make sure that they have their children on the front lines of the conflict. Because that can be the only measure of sacrifice that can justify taking sons and daughters away from someone else.
Posted by Garry Hayes at 7:29 PM

That's a very moving rant. They don't say 'war is hell' for nothing. I've also wondered about the rationing then and lack of rationing now - would our generations stand for that? (Or maybe attempting that would be one sure way to end this war.)

They (of our fathers' and grandfathers' generations) fought those war thinking in part that they were fighting to end all wars. If many really thought that, we can see now it was quite naive, but the world had only in the 20th century become small enough or connected enough for that idea to even become possible.

World War II actually lasted quite a number of years - our involvement was short, we came in to turn the tide, having waited almost to the last minute. The Russians, however, or the persistence the Germans showed to maintain a probably futile Russian front, possibly would have ended that theatre of war eventually - maybe not so in the Pacific theatre.

Looking back on war, I think it can seem a little less like the hell that it no doubt was. There was popular sentiment in WWII for the rationing and for women joining the workforce to help out, that sentiment was real - were there people against it that didn't dare speak out? I don't know. I am sure, however, that each of the World Wars generated plenty of PTSD, it was just called "shell shock" - and you didn't dare talk to those men about their experiences, and many of them just stayed in an almost silent, withdrawn world.

It's probable that when one digs deep enough, that all wars are fought at least in some major part for economic reasons. I think that once it was clear that having a Nazi Europe would have been bad for our economy, we decided to step in.

Well, that's quite a rant, too. This war is a bad one; any one is if there is no real plan for getting out.

Regarding Iraq, it's time to sh*t or get off the pot. To "win" (still not sure what that is), we need 5-10 times as many troops. Reinstate the draft and get it done. Oh wait ... as soon as people are forced to sacrifice, you'll see how America really feels about this war. Their most effective public support is apathy.

I don't think it's ALL about oil. It is indeed a part of it. I think it's a bigger, more general wielding of power. With that power comes profiteering at a mind-boggling scale. If it was all about oil, they've failed. Maybe one can argue it's a very long-term plan ... again, perhaps it's part of it. But, things are going swimmingly for these war architects right now -- (1) the profiteering by the defense and "private contractor" industry is in full swing and (2) we've made a new enemy (Iraq didn't attack us, Al Queda wasn't there before) that is now becoming the reason to stay in Iraq. I have a cousin who was in Afghanistan once and Iraq twice ... he completed his commitment with the Marines, did his job ... now they are saying he has to go back. He doesn't want to. All military-aged young men and women who are gung-ho about this war, sign up! It's time to sh*t or get off the pot.