I spent a fair amount of time close to home, but when you live in Central California, that means a lot of nice places to visit! In January, it was a wintertime journey to Yosemite Valley... 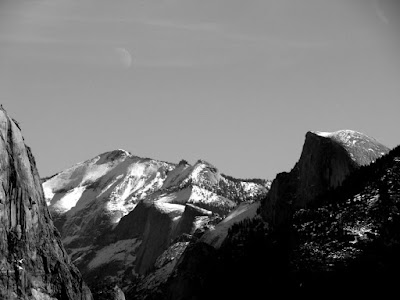 In February, it was our field studies trip to a rather snowy Death Valley National Park. From Dante's View, one looks down a vertical mile to the lowest point in the western hemisphere, near Badwater (-286 feet). 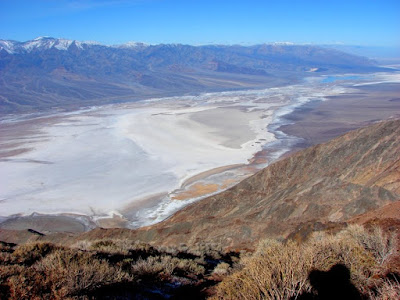 By March, the Sierra Nevada foothills were blooming; these are poppy fields in the Merced River Canyon, seen during our field studies trip in the southern Mother Lode. 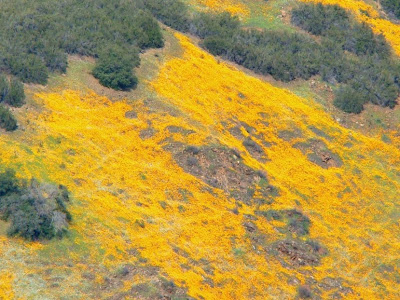 In April, it was a return trip to Yosemite, to check out one of the biggest rockfalls in years, at Ahwiyah Rock near Half Dome. Luckily no one was hurt in this one 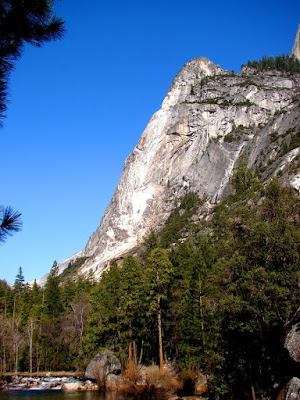 Didn't do much in May, because we were planning our biggest trip of the year, a field study of the Hawaiian Islands. 25 students joined us on an exploration of the Big Island, Maui, and Kauai. Below, a view of Mauna Loa from the flanks of Mauna Kea, at 9,000...which is cold in the morning! 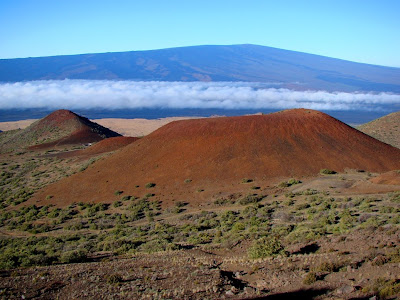