Geologic Evidence Points to a Giant Worldwide Flood...oh, and Cigarettes Don't Cause Cancer 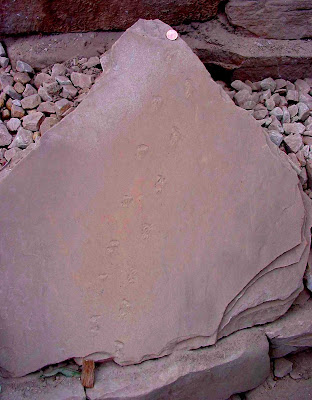 A few weeks ago, Pascal at Research at a Snail's Pace provided an in-depth look at a GSA field trip to Mount St. Helens led by young-earth creationist (YEC) Steve Austin. It has five parts, and is well worth your time, especially on issues relating to the quality of research being presented as abstracts at GSA and other organization meetings. As is well-known, abstracts cannot undergo the kind of rigorous peer-review that is typical of published journal and research articles, and this is how it should be, as often they deal with preliminary results and controversial new ideas.

Pascal was quite curious about how the creation-scientists would present their ideas on the field trip. Except for some strange questions and occasional references to processes not noted in most geology texts, the trip would not have seemed out of the ordinary to a normal geologist. Pascal discusses the issue of creation-scientists presenting data at science conferences and noted that:

Yes, the YEC crowd will put this as a shining feather in their caps [ironic, since they claim all of our work is wrong yet they view interaction with us as "proof" that their ideas have merit].

The "feather in the cap" has been published by the Institute of Creation Research, and it has some interesting perspectives. I am mostly struck by the way the ICR crowd feels it must hide its motives in their abstracts and field trips. Sure, being labeled a young-earth creationist at a GSA meeting would lead to perception problems, but labels have a reason sometimes.

I often start my classes with the statement that "recent research" indicates that cigarettes don't cause cancer after all. The students catch on pretty fast and ask "who did the research, and who paid for it?" They understand that if the research was presented by the tobacco lobby, that's one thing, but if it was published in a peer-reviewed journal by oncologists supported by the American Cancer Society, that is something else altogether.

So take their statement about two of the abstracts (here and here) presented this year:

Two of these papers were on the petrology of the Coconino Sandstone of the Grand Canyon... (the) Authors ... presented evidence that ocean water, not wind, deposited the distinctive crossbedding of the Coconino Sandstone. The evidence of ocean water currents was argued technically from the dolomite beds, dolomite grains, ooids, mica grains, microfossils, and bimodal texture.

The Coconino Sandstone in the Grand Canyon region is a real problem for young-earth creationist, as are most of the other sedimentary layers on the Colorado Plateau. By their "model" (giant world-wide flood 4,500 years ago), all 12,000 feet of the sedimentary layers of the region HAD to form in ocean environments and under extraordinary conditions at that. All of them. If one of them clearly formed on land, then their "model" is disproven. So the Coconino, generally recognized as a desert sand-dune deposit, had to form underwater. So ask yourself: would these people EVER find evidence of a land-based origin for this layer, or any other layer for that matter? Their researchers must agree with ICR doctrinal statements and tenets just to do research for ICR.

I also take issue with another of their claims. They seem to "take ownership", in a sense, of an organization called the Affiliation of Christian Geologists:

Christian geologists also expressed themselves through an organization within GSA called Affiliation of Christian Geologists. Around 40 GSA members attended the evening meeting ... approximately one third of whom were young-earth creationists. This shows that there are many within the GSA that take seriously the creation and Flood narrative text of the Bible. Their numbers and prominence within GSA appear to have been growing over the years (italics mine).

I don't think creationists should be excluded from venues like GSA. On the contrary, I wish they would present more of their "research". But I would hope that their work will receive the same scrutiny that any poorly designed research would get. If they are trying to prove a worldwide flood 4,500 years ago, then present the evidence to the people who know the science, and be ready to get challenged. Don't hide your motives.

Today's photo is a slab of the Coconino Sandstone showing trackways of an animal walking across the surface of the sand dune. Several dozen different kinds of tracks are commonly found in the unit.
Posted by Garry Hayes at 8:05 PM

Garry, this just made me chuckle. Some people just don't get it. Yet keeps life interesting.