A Look Back at Ten Years of Geotripping: You can tell the world is an incredible place when these are the runners up...

This month I've been searching the archives for my favorite posts after ten years of geoblogging. The last two posts involved the ten most incredible places I've ever stood. What's striking is that as wonderful as these places are, I was quickly able to come up with ten (eleven, actually) more sites that weren't any less spectacular. So I posted this on May 19, 2014 as a follow-up to the list of the "best 10 places"...

I've noticed that nearly every movie reviewer puts a list of the runners up at the end of their list of the top ten movies of the year. In that spirit, I'm putting up a set of pictures from the places that almost made my top ten list of the most incredible places I've ever stood. As before, there is no particular order to these personal choices. It's a bit like asking which of your children you love the most... 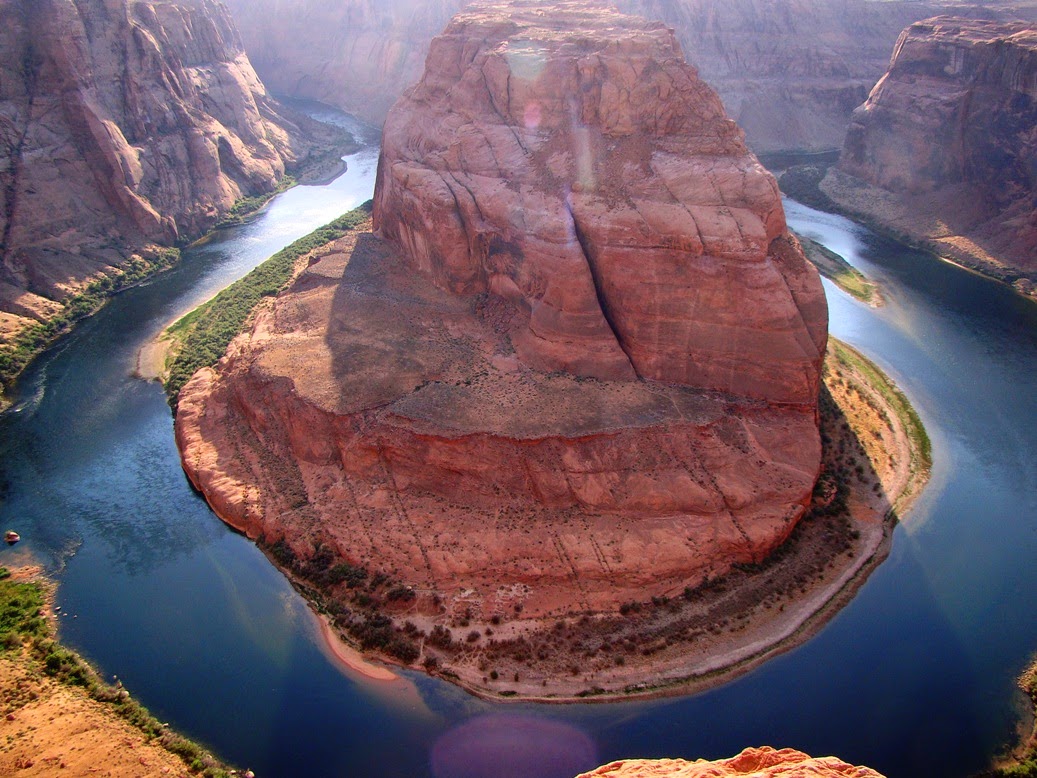 Number 20: Horseshoe Bend, Arizona
A few miles downstream of Glen Canyon Dam is a huge entrenched meander along the Colorado River. The deep blue color of the river isn't right; the silt has settled in Lake Powell, but it makes for a memorable color contrast. Learn more about Horseshoe Bend here. 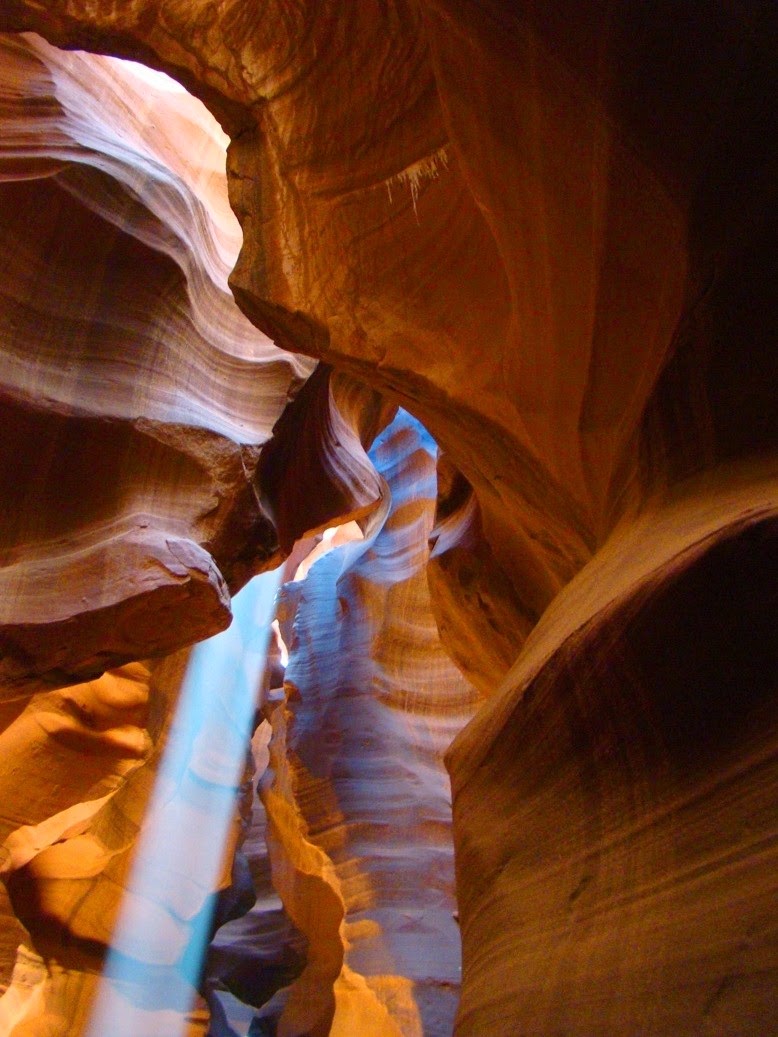 Number 19: Antelope Canyon, Arizona
There are hundreds of spectacular slot canyons scattered across Utah and Arizona, and you don't have to pay to get into them, and the noontime tours can be extremely crowded, as in shoulder to shoulder, but there can be no denying that the long beams of sunlight reaching into the darkness of the labyrinth is a spectacular and unique sight. For more views, check out this link. 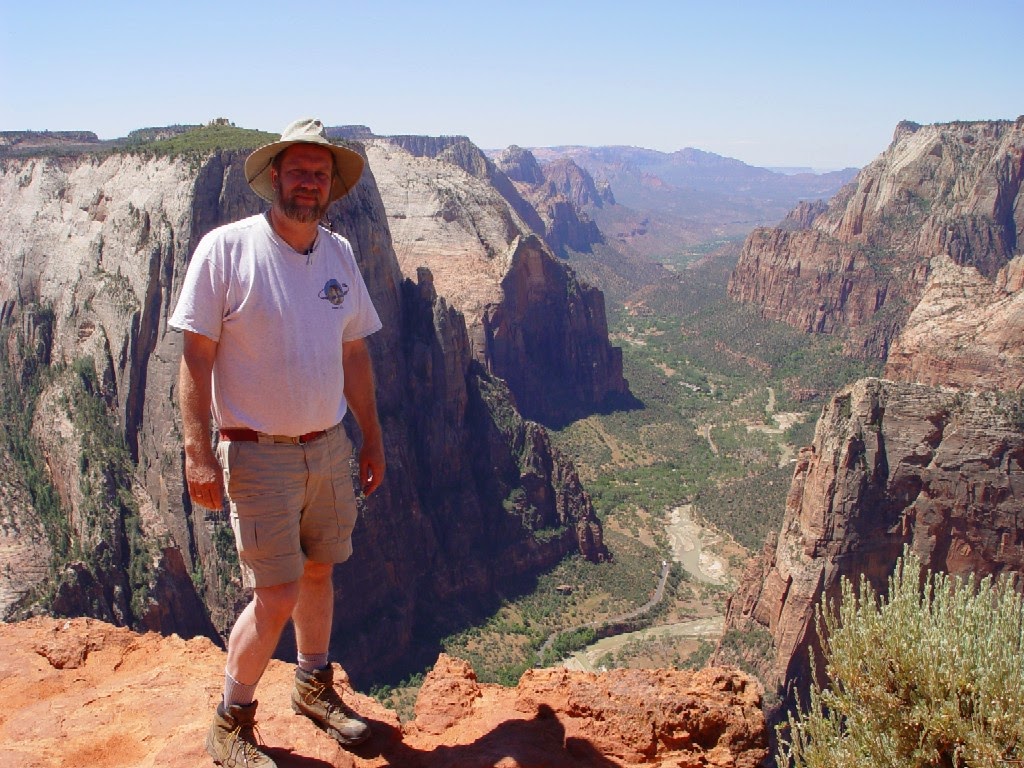 Number 18: Observation Point, Zion National Park, Utah
The Angel's Landing Trail in Zion is one of the most spectacular hikes in North America, but I can never forget my adventure of climbing to Observation Point on the other side of the valley and looking hundreds of feet down onto Angel's Landing (the Landing is the peak on the lower right). For more information about Zion, check out this link. 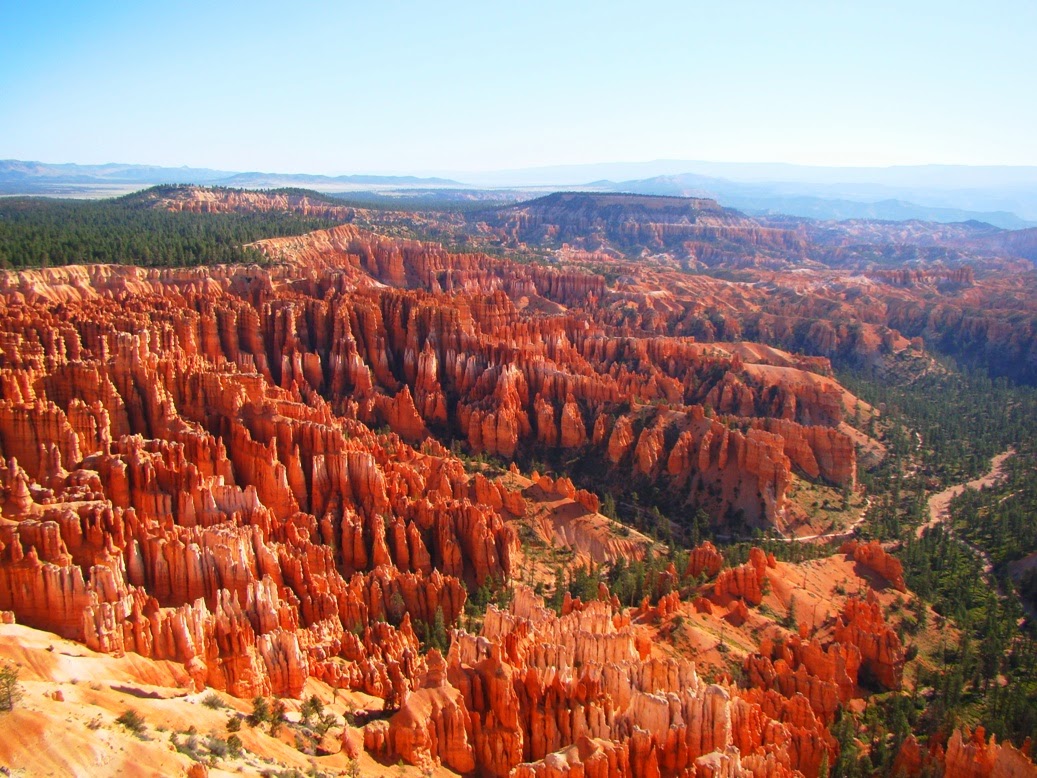 Number 17: Inspiration Point, Bryce Canyon National Park, Utah
Bryce Canyon is one of the most intricately eroded landscapes in the world, and the spires, called hoodoos, look otherworldly. Almost as incredible is to walk among the hoodoos below the rim, so here is a shot of the fir trees growing in the impossible environment of Wall Street Canyon at Bryce. 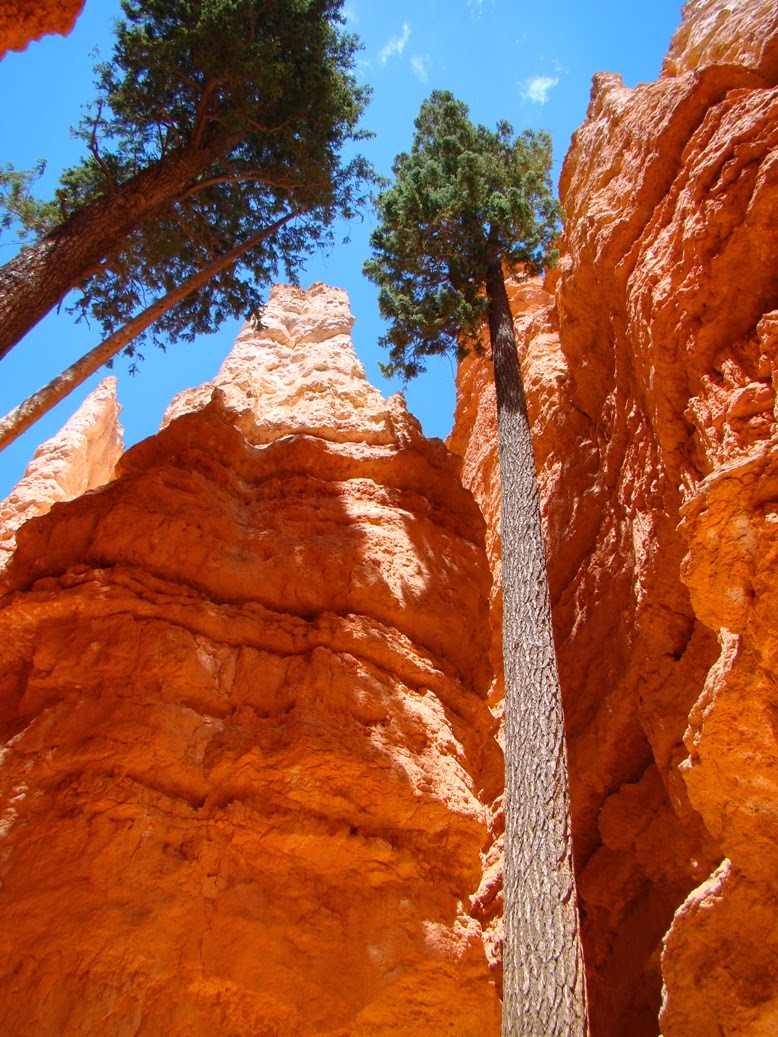 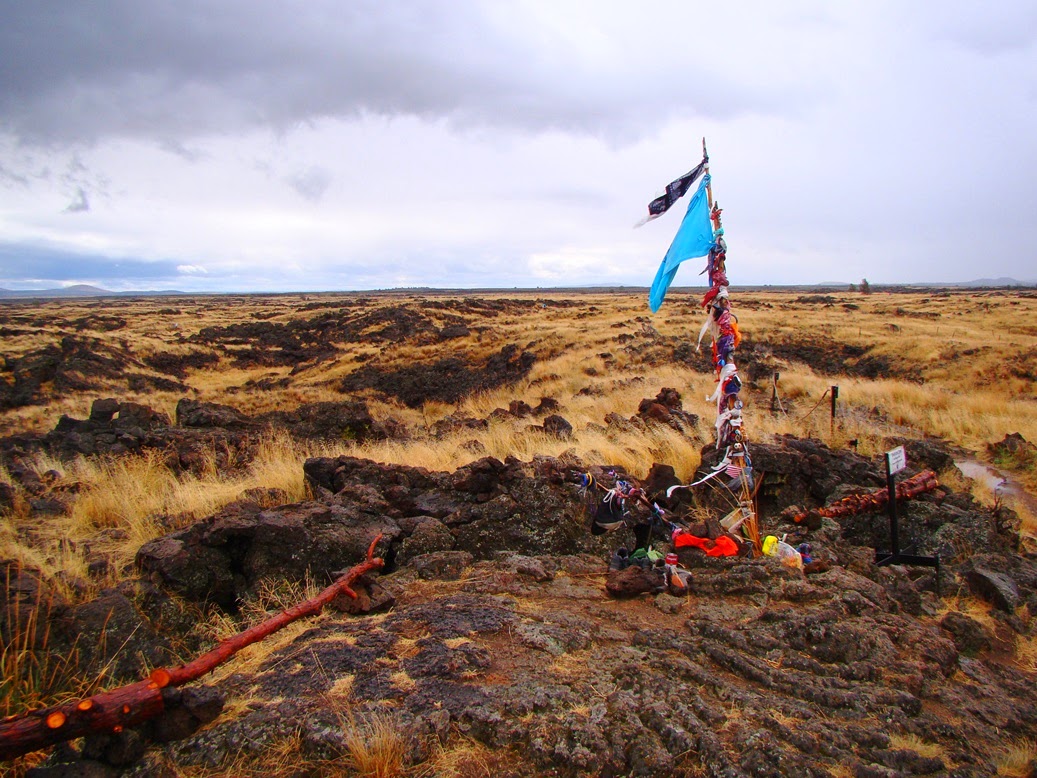 Number 16: Captain Jack's Stronghold, Lava Beds National Monument, California
The northern flanks of Medicine Lake Highland are coated in barren flows of basalt from the gigantic shield volcano. Within the flows are miles and miles of lava tubes, long caves left behind as the lava drained out. This was the setting for the Modoc Indian War of 1872-73, yet another tragic story of destroying the culture and lives of a people, in this case so settlers could have more land to graze cows and grow potatoes. It's a haunting place to stand. For more information, click here. 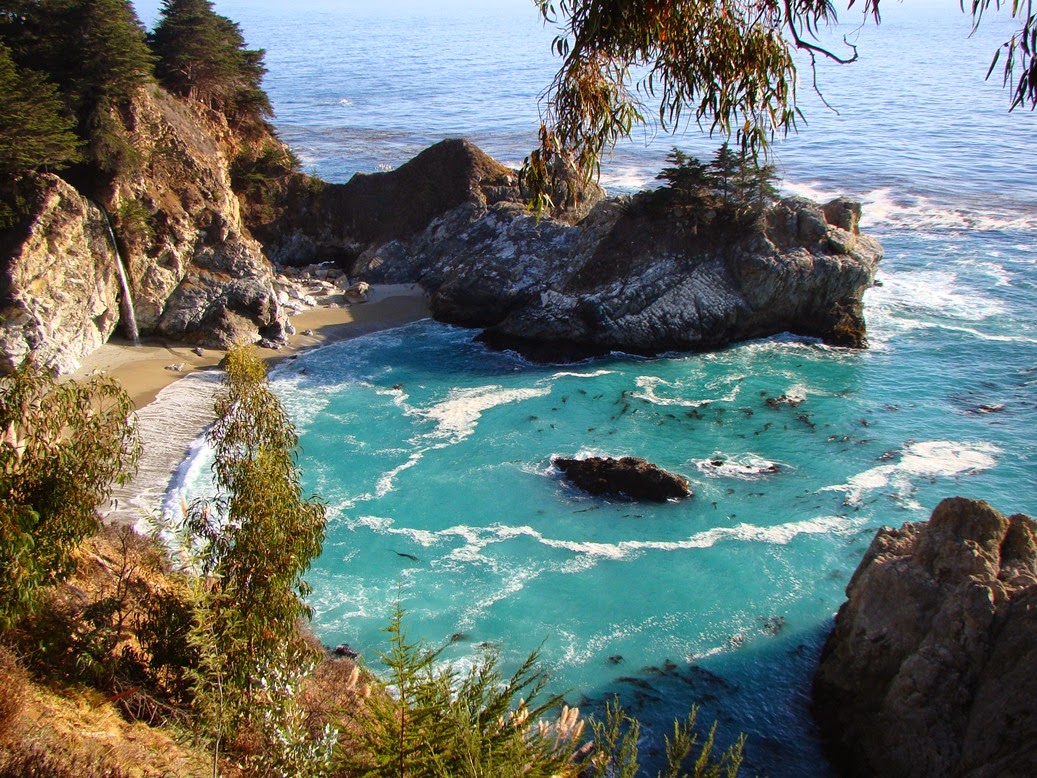 Number 15: The Big Sur Coast, California
A mountain range rises directly from the sea. That's about the only way to describe the incredible Big Sur Coast of Central California. This is a view of McWay Falls at Julia Pfeiffer-Burns State Park. For more details, check out this post. 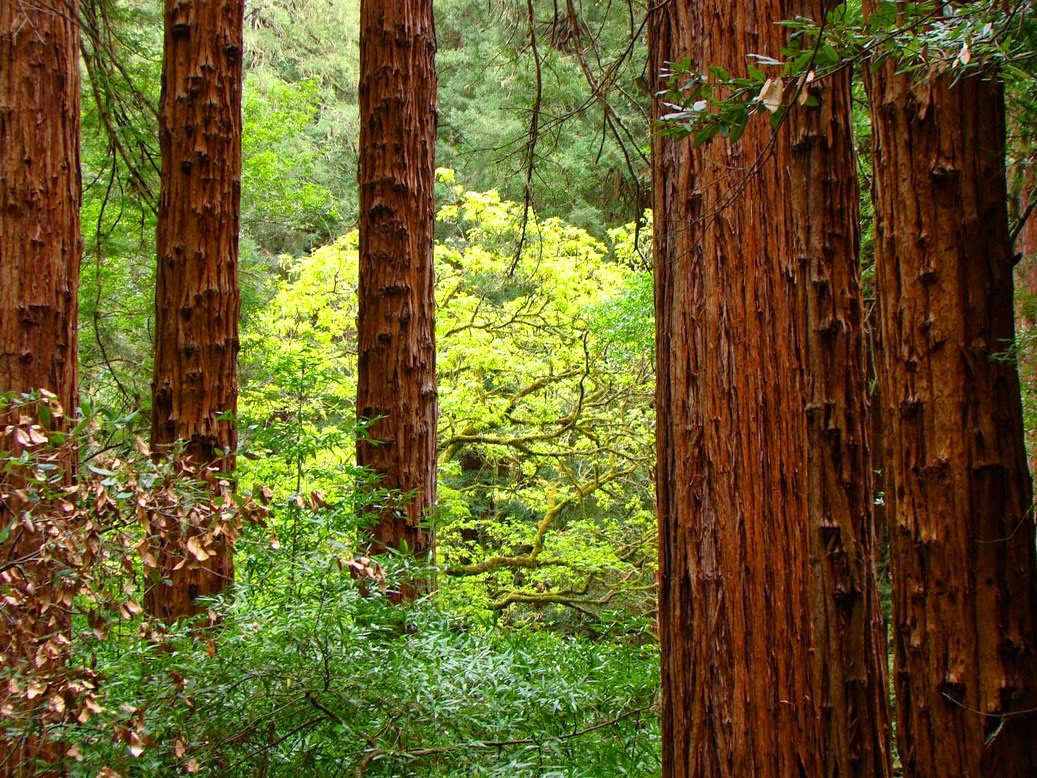 Number 14: Muir Woods National Monument, California
I read somewhere that Muir Woods is the most heavily visited national monument in the United States, and I understand why. It's one of the few old growth Redwood Forests left anywhere close to the Bay Area, and it is a wondrous place to wander about. The Redwoods are ancient trees, both in individual age (thousands of years), and in ancestry (back to the age of the dinosaurs). More information about this incredible place can be found here. 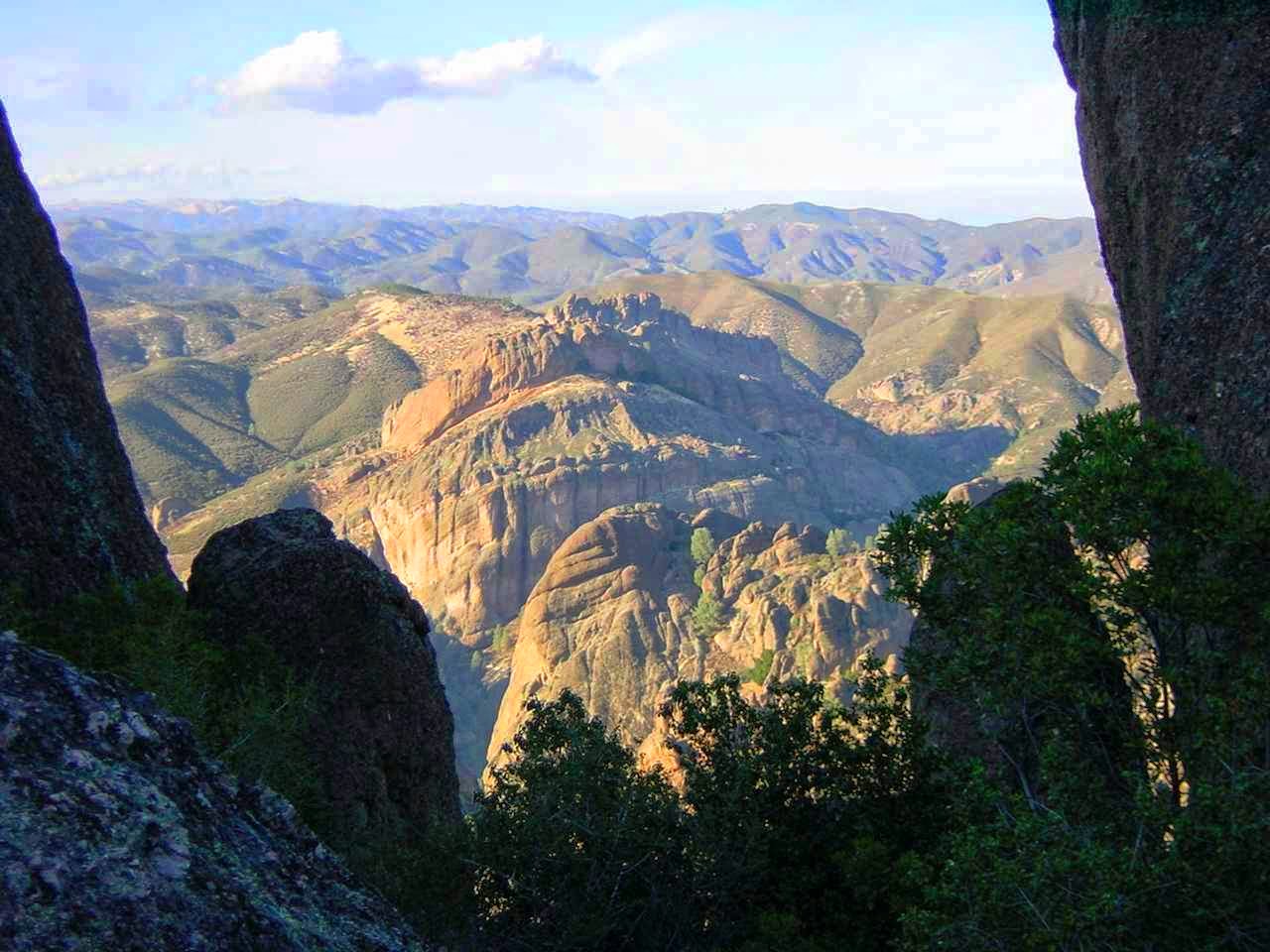 Number 13: Pinnacles National Park, California
Around 23 million years ago, a volcanic center of five rhyolitic cones erupted on top of the San Andreas fault. The fault split the volcano, and the two halves are separated by 195 miles. At Pinnacles National Monument, the jointed blocks of lava and lahars have been eroded into towers and spires. The High Peaks Trail is one of my favorite hikes in North America. For more information, check out this link. 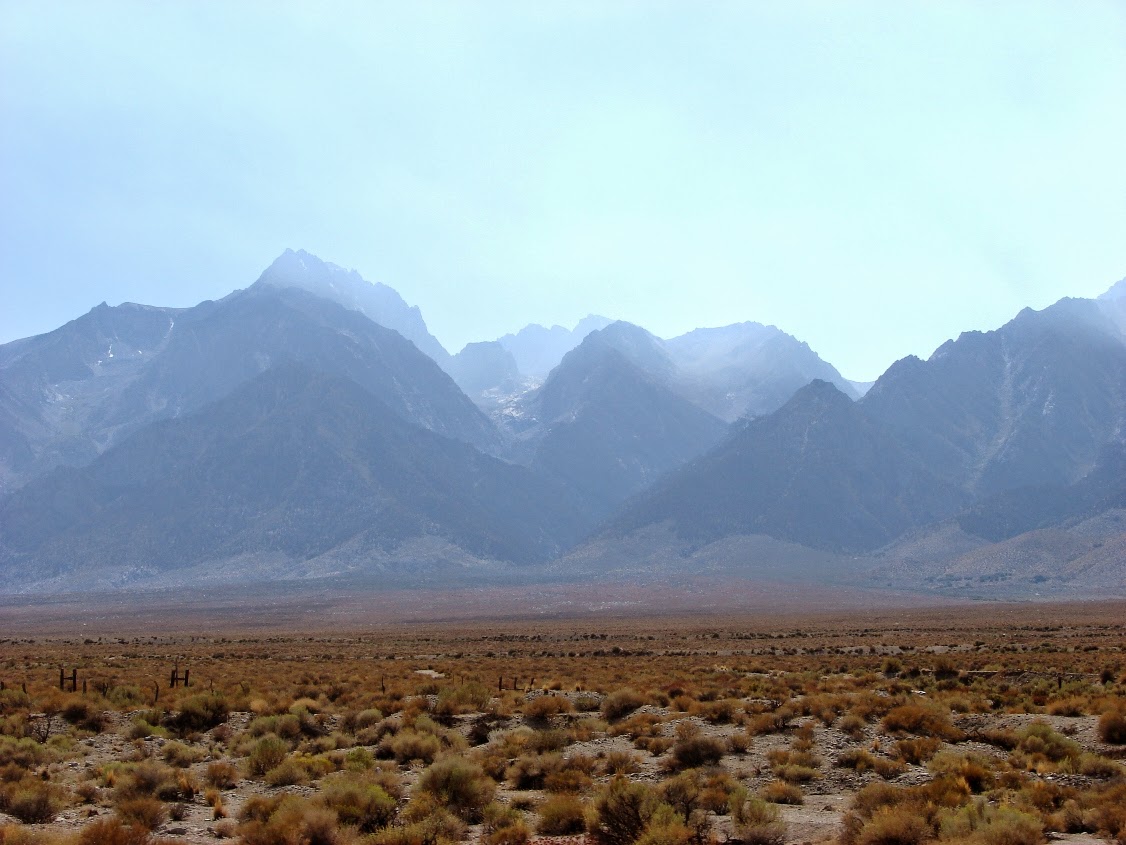 Number 12: Owens Valley and the Eastern Sierra Nevada
The most incredible wall of rock that I know is the eastern escarpment of the Sierra Nevada, a two-mile high barrier to storms and human travel. No highways cross a stretch of something close to 200 miles of mountain peaks. The Owens Valley is a deep fault trough that once was going to be one of the most important agricultural regions of California, but because of water diversions by Los Angeles, is now a sagebrush desert. Each canyon hides treasures, and I spent much of my youth exploring as many of them as possible. 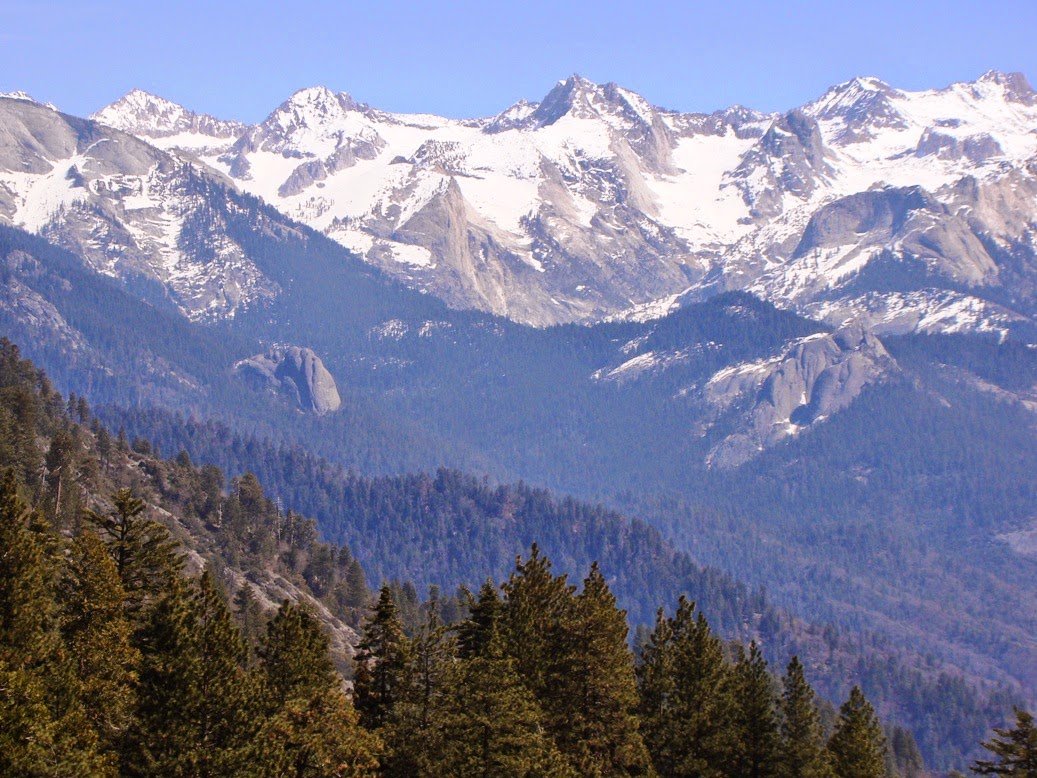 Number 11: The Great Western Divide, Sequoia National Park, California
My own personal terra incognita, the Great Western Divide is a high sub-range in the middle of Sequoia National Park across the Kern River from the main Sierra Crest. It's one of the last major parts of California that I haven't set foot on, but I've looked in from the summit of Moro Rock. There are lots of places left to explore in my life... And another Number 11 (because it's my blog and I make the rules): Mono Lake, California
Mono Lake probably belongs on another planet. It's one of the strangest sights in a state filled with strange sights, a lake that is three times as salty as seawater, with a simple ecosystem of basically algae, brine shrimp and brine flies, but the simple combination is a food source for millions upon millions of migratory birds. The edge of the lake is lined with strange tufa towers that formed along freshwater springs.

And that's my highly personal list of the second ten most incredible places I've stood, and it was just as hard to pick out as the first ten! I'd love to hear about more of your favorite places. Put them in the comments, or send me a story that I can post as a guest entry in Geotripper!