Flowers, Folds, and Floods on the Way to Yosemite 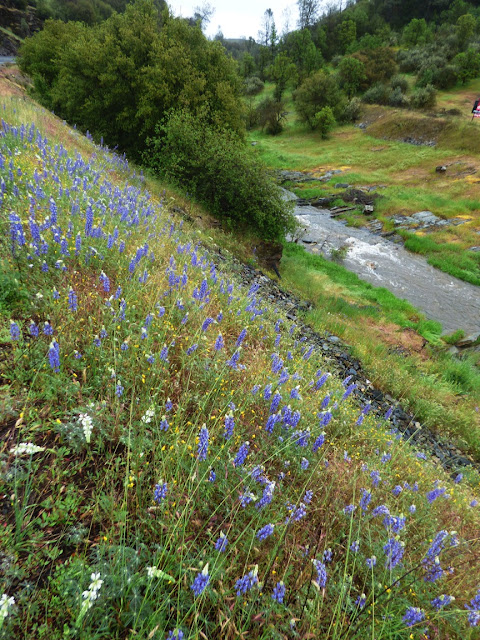 So this thing happened yesterday. California, despite near-normal amounts of precipitation this year, is still in the grip of a long-term drought. The first part of March was wet, but for the last three weeks the rain ceased entirely, like someone turned off the tap. Then a low pressure system parked itself  right on top of my town and the swirling air mass dropped around two inches of rain onto the region between Yosemite National Park and Modesto-Turlock. Our Great Valley towns had the unusual distinction of being pretty much the wettest places in the entire state. 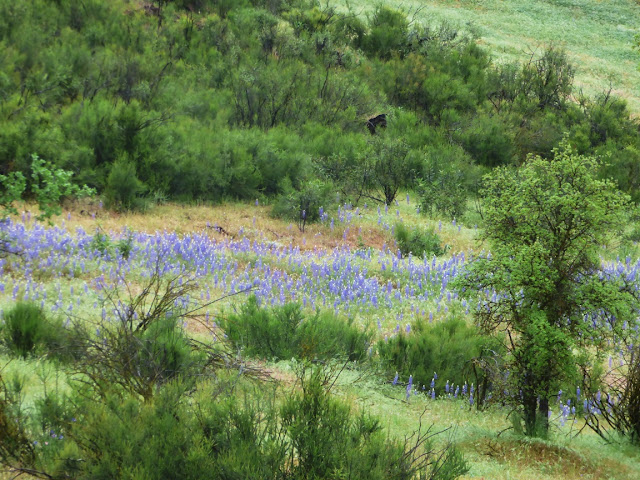 That being the case, I had a field studies class scheduled yesterday to Yosemite Valley. The weather forecasts (which had not really predicted the prodigious amounts of rain) suggested that the storm was waning and that we might see some clearing in the afternoon when we arrived at the valley. We have schedules to keep, and timelines to follow, so the trip left as planned. It never stopped raining for a minute that entire trip from start to finish.

Despite the nonstop rain, we accomplished most of our goals, and saw most of the features of Yosemite and the Merced River Canyon (Half Dome was a no-show, though). We managed to thread our way through the day, catching some stops when the rain had declined to a drizzle, or having a sheltered place to discuss the geological features of particular stops. 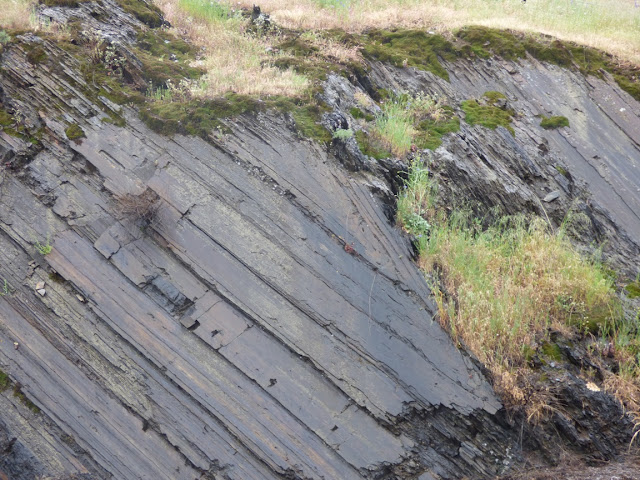 One of our first stops was on Highway 140 to Mariposa, where we got to see an outcrop of the Mariposa Slate, a former mudstone from the deep ocean floor that had been compressed and baked into a hard sequence of slate and phyllite. The rocks have been uplifted and tilted, but as one can see in the picture above, folded into a series of very tight 'v's. The rocks have been on a long journey, forming on the floor of the Pacific Ocean, and being swept under the North American plate. We are looking at the part of the seafloor that was scraped off and added to the continental edge around 200 million years ago. 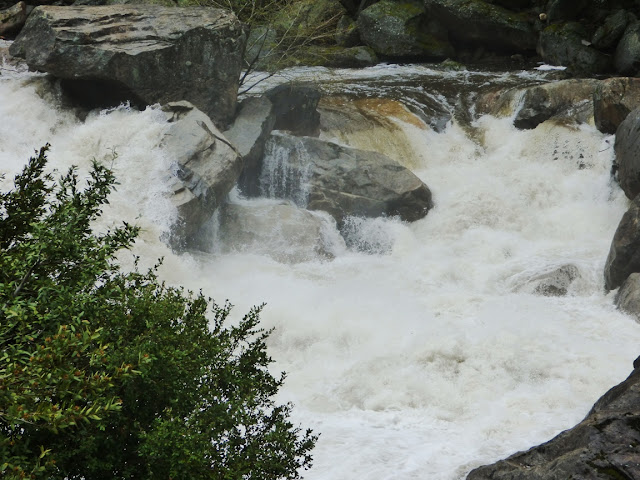 The Merced River was a raging fury. The very warm March and April dry periods were causing an early snowmelt so the river was running high, and the widespread rain added to the runoff. Average flow for early April is around 800 cubic feet per second. The flow of the river yesterday was at least three times average, around 2,800 cfs. 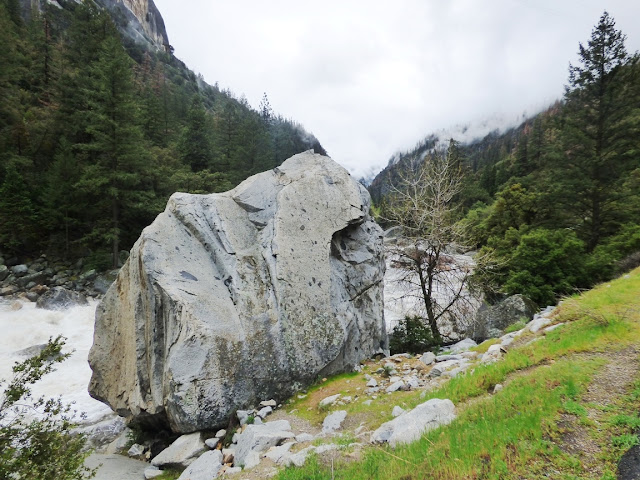 The flow yesterday may have been a record for the date (although I'm not quite clear how to interpret the graph on that count). The river was not actually officially flooding (it would have to reach 6,600 cfs), but flows yesterday were consistent with the peak runoffs that normally occur in late May and early June. The record low flow for the date was just set last year, at 244 cfs. The greatest recorded flood ever occurred during the El Nino year of 1997 when the river reached 24,600 cubic feet per second. 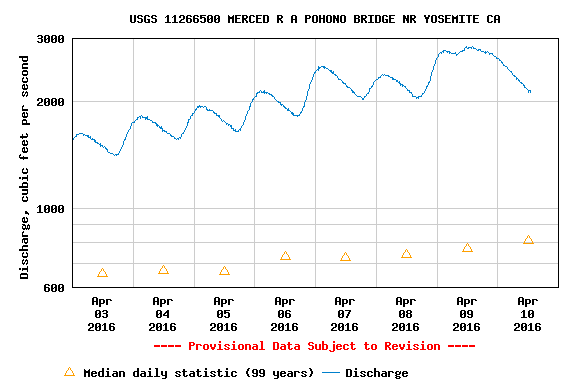 Whether assisted by yesterday's freak rainstorm or not, the high flows are a bit ominous. The future of the Merced River under the most generous of global warming scenarios includes the possibility of more precipitation, but far less snow. That means earlier runoff and less chance to store water in reservoirs because of the necessity to leave room for flooding events.
Posted by Garry Hayes at 3:19 PM

Southern Utah has had a lovely gentle pounding all weekend, but apparently ours moved in from southern CA. Showers do bring the flowers! Lovely phyllite pic you've got there, too.

Thanks! I love this area, but I wish I could be in Utah too!