A Treasure in my Back Yard: Grand Opening Celebration for the Tuolumne River Parkway, May 21st 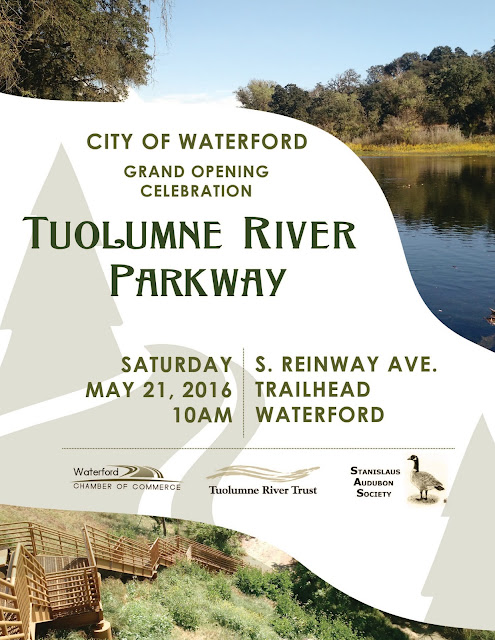 It's been a long time coming, but it looks like the Tuolumne River Parkway trail in Waterford will be completed soon. There will be a Grand Opening celebration on May 21 at 10 AM at the parking area at the end of S. Reinway Avenue. I hate to say it, but I can't be there, but I hope that many of you will stop by, or give the trail a look soon. I've been writing about the trail for many months now, and I'm looking forward to the completion of the project. The Tuolumne River has been an unrecognized treasure in our little town, a beautiful and serene portion of river right at the boundary between the Sierra Nevada foothills and the Great Valley. There are stretches of rare riparian habitat and some grand old Valley Oak trees. It's been a rich bird watching area for me over the last few months, and there are lots of other recreational opportunities. 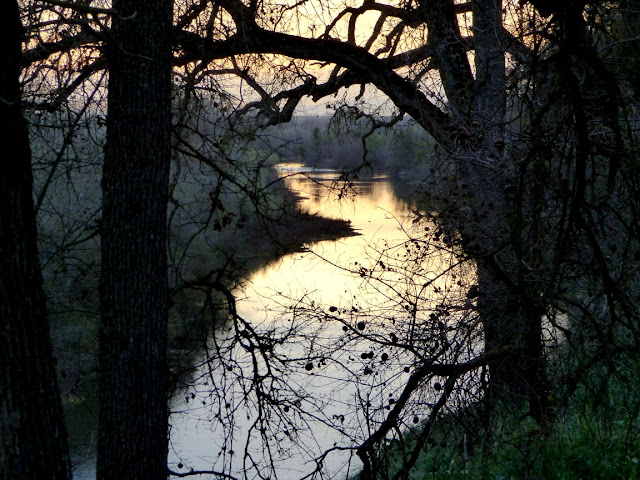 There will be interpretive signs set up along the trail (you may even find a shot or two by Geotripper in one of them; I don't know if they used any of mine yet). Hikers will be able to learn about the native animals and plants seen along the trail, the river habitat, and also information about how wastewater is dealt with (the trail detours around and above the city's treatment plant). The trail will be a great educational resource within walking distance of the schools in town. 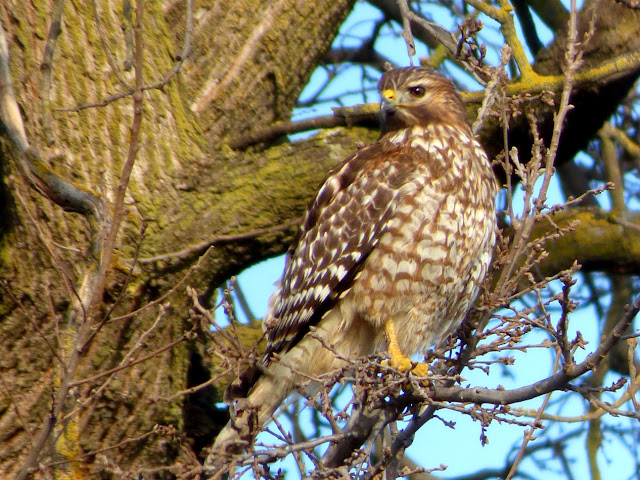 I've been truly enjoying my exercise jaunts along the river over these last few months. I've seen somewhere around forty species of birds, I've watched the change of seasons, I've seen some other interesting animals, like the fox in the picture below. 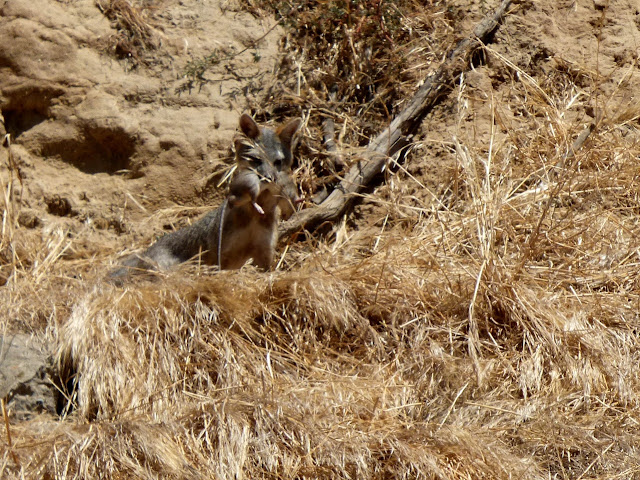 The trail is about two miles long, with a park and exercise loop at the west end (and a lung-busting stairwell that climbs around for or five stories from the river). The other end also has a nice park that is being expanded. For a trail on a flat valley floor, it has some steep ups and downs to provide some aerobic conditioning. It climbs to avoid the wastewater facility, but also climbs around some elderberry habitat that provides a home for an endangered beetle. 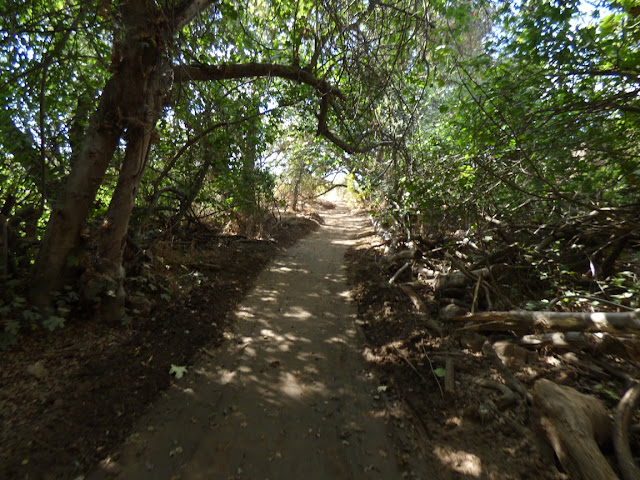 It's a bit of a surprise, being a "valley" trail, but the upper parts of the route offers some nice far-ranging views on clear days. The bluffs are high enough to offer a peek at the Sierra Nevada to the east and the Coast Ranges to the west. 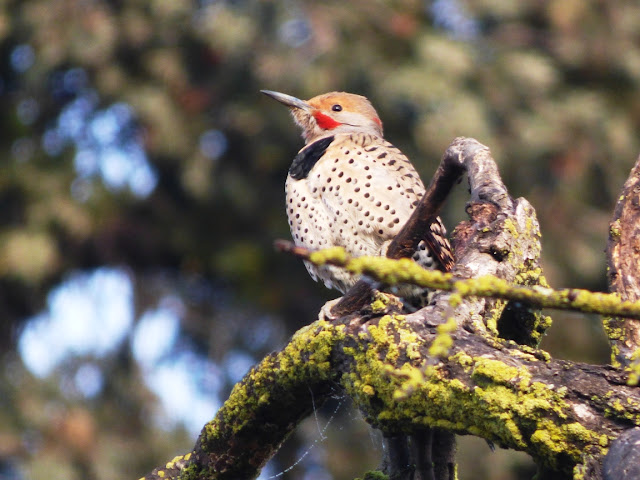 I wish I could be at the Grand Opening (I'll be in another state), but I'm glad we'll have this beautiful resource in our town. I've been guilty at times of calling our valley boring when compared to spectacular places like Yosemite or the coast, but over the years I've found that some treasures might not be as shiny, but they are just as valuable. And it's only a fifteen minute walk from my front door. 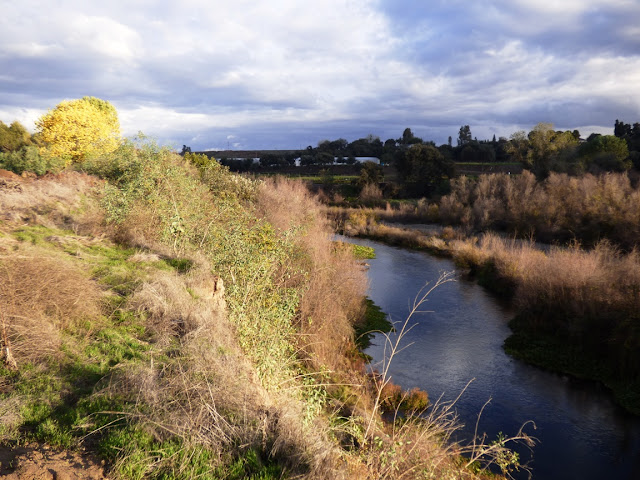 Looks beautiful. I grew up cycling along my two river trails, the San Gabriel and Santa Ana "rivers." Much less concrete in these pictures.

I grew up in Ontario, so I know of the concrete channels of which you speak. They were also subject to the occasional flash flood. The Tuolumne River has little in the way of concrete, but the riverbed was overturned during the Gold Rush by miners and dredgers, so we are still dealing with that destruction. It's been quite a few decades, so vegetation is covering the worst of the damage.