The River Lives Again...Flows Increased on the Lower Tuolumne 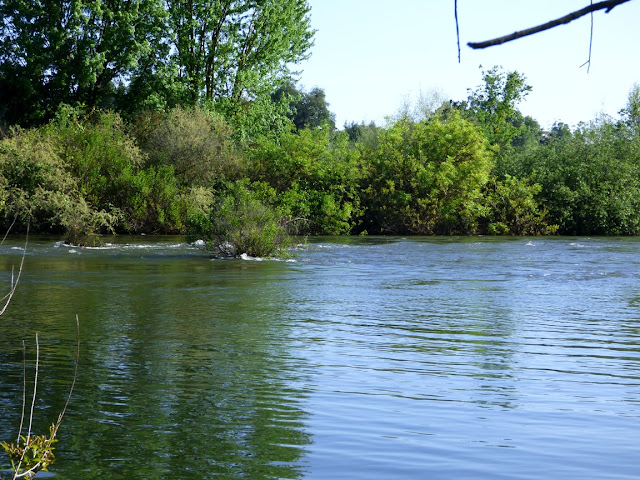 I took a stroll on the Tuolumne River Parkway trail for the first time in several weeks, and something was strange. I heard the river. One needs to understand just how strange that really is. For the last four years, we've been in a grips of a horrific drought (and still are for that matter). The general pattern is that the watermasters at Don Pedro Reservoir upstream have tried to hang onto as much water as possible, since so little was available. As a consequence, downstream flows have been highly restricted, no matter the season.
For most of the time I've been exploring the trails by the Tuolumne River, flows have been on the order of 200-300 cubic feet per second, enough to keep the river flowing, but little more. Such low flows have promoted the growth of invasive River Hyacinth, and warm water has made life very difficult for the few salmon that can make it this far upstream. Predation of the salmon fingerlings has been more prevalent, as the small fish have fewer places to hide at low flows. 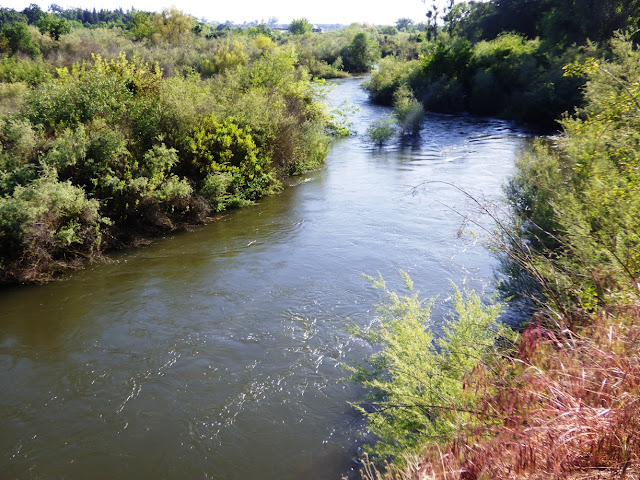 So it was a surprise to hear the river. It wasn't quite a roar, but the currents of the river were strong, and the water was flooding into channels that have been dry for years. As soon as I got home, I checked the USGS riverflow website and saw that for weeks, the flow has indeed been at 200 cubic feet per second, about 100 cfs less than average for this time of year. But two days ago, the river discharge was ramped up to nearly 3,000 cubic feet per second.

I don't know the reasons for the increased flows, and now, a day later, they've already slowed the discharge to less than 1,000 cfs. The reservoir is currently 64% full, about 88% of what would be normal for this time of year. 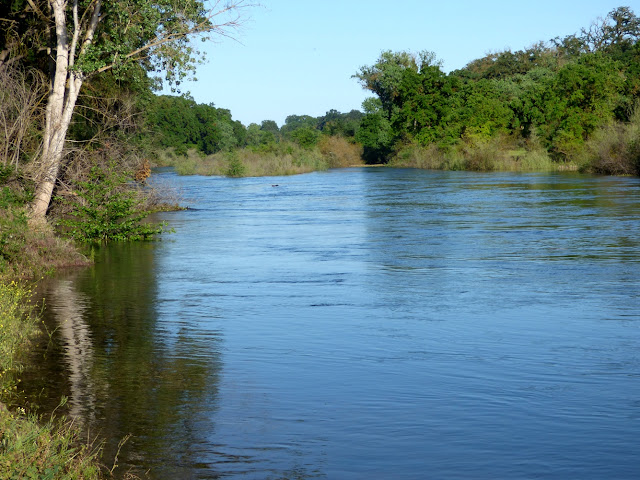 Of course it was a Sunday afternoon and the temperatures were unseasonably warm at 85 degrees. Lots of people were hanging out by the river, and some were swimming in the 50 degree water. I've done that in the Colorado River, and 50 degrees is not comfortable. It was truly worrisome to see children playing in the extremely cold river with strong currents just inches from where they were splashing (and of course no life vests). It's not hard to see why drownings happen in Sierra rivers every year. 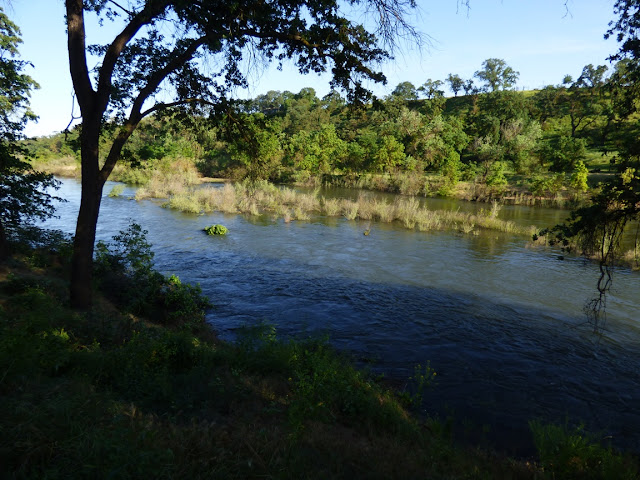 It was nice to see the river come alive again, for whatever short time (and reason) it was happening.

PS: I'm told by the folks at the Tuolumne River Trust that it was a pulse flow to clear out hyacinth, and to assist salmon fingerlings to make the journey downstream.

Love to see this river came back to life.