The Richest Mineral Resources in Death Valley: Isolation and Gullibility 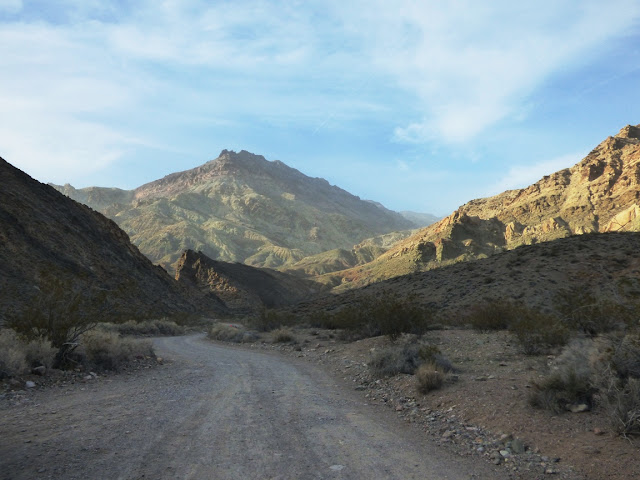 A great many dreams lie broken in the rock and gravel expanses of Death Valley National Park. The California Gold Rush had brought hundreds of thousands of people to the state in the 1850s, and though few of them ever actually became rich, there was always the hope of the next big mother lode was somewhere out there in the wastelands that lay east of the Sierra Nevada. Hungry miners fanned out from the Sierra Nevada Mother Lode in a sometimes desperate search for riches in the desert. 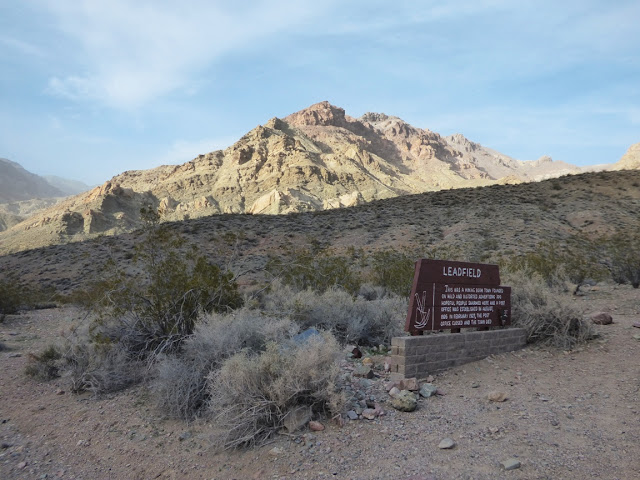 Sometimes there was success, most notably at Bodie and Cerro Gordo, and at the Comstock Lode in Virginia City, Nevada. But most of the time the miners came up empty. And sometimes worse. Morris Titus was a prospector in 1906 who lost his life somewhere in the depths of the canyon that now bears his name. It's also the canyon we are exploring today in this blog post. 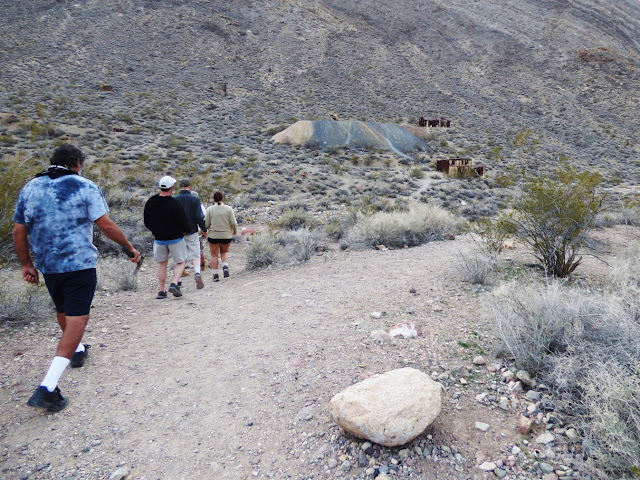 There will always be people with more money than they know what to do with, and they will always want more of it. And there will always be other people devising ways to separate such people from their money. Why put your life and health at risk in a hard country when you can just as easily succeed by convincing others to do the work and take the risks for you?

Such was the story of Leadfield in Titus Canyon. Off to the east, the town of Rhyolite had a mildly successful run as a gold mining town, lasting from 1905 to 1911, so the idea of a new discovery of ore was not unexpected. Some ores of lead may have actually existed in the area. But transporting those ores would be a problem. They needed to be taken to Beatty, Nevada, 20 miles as the crow flies, but crows don't live in Death Valley. They needed to take the ores through the narrows of Titus Canyon (often closed by flash floods) down into Death Valley, over Daylight Pass, and then to Beatty, a distance of 70 miles. And the ores really weren't all that valuable. If anyone was going to get rich from mining at Leadfield, they needed a different approach. Enter the entrepreneur Charles Julian (entrepreneur in this instance translates to "con-man").

The most valuable resource of Leadfield was isolation (of the town) and gullibility (of the investors). Rich investors tend to live in cities, and know little of geology. They are the kind of people who could be convinced that the ores at Leadfield would be transported down the canyon to paddlewheel steamers on the floor of fricking Death Valley, the driest place in North America (sorry for the near-profanity). This was an actual insinuation made by the promotional materials for the "boom" town.

The promoters of the town hacked out a road directly from Beatty to Leadfield (It's now Titus Canyon Road, the one we followed on our tour), and in March of 1926, more than 300 potential investors and hundreds of local miners crowded the site of the new town, and Leadfield was born. A post office was established in August of 1926, and it closed for good five months later. The town, which for several months boasted a population of 300, was deserted in less than a year. And Julian had disappeared with a lot of money (he died by his own hand only a few years later in Shanghai at the age of 40). Lots of gold and silver had been produced (from the pockets of the investors). Not an ounce of actual ore was ever shipped. 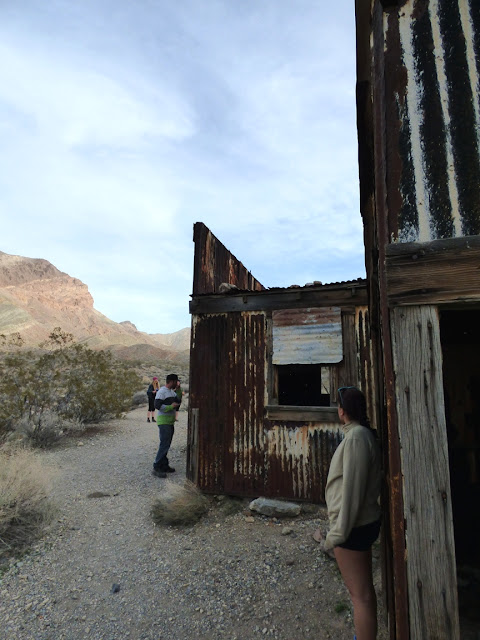 I wonder sometimes what life was like in a town founded on fraud and hopeful dreams. What did people do? They opened stores, hotels, and blacksmith shops, and I guess people sort of milled around wondering where to dig. At what point did people start to realize they had been conned? Those were my thoughts as we explored the handful of structures that still remain. Someone had dug a fairly extensive shaft, but I found not a trace of galena or any other lead-bearing minerals in the tailings. 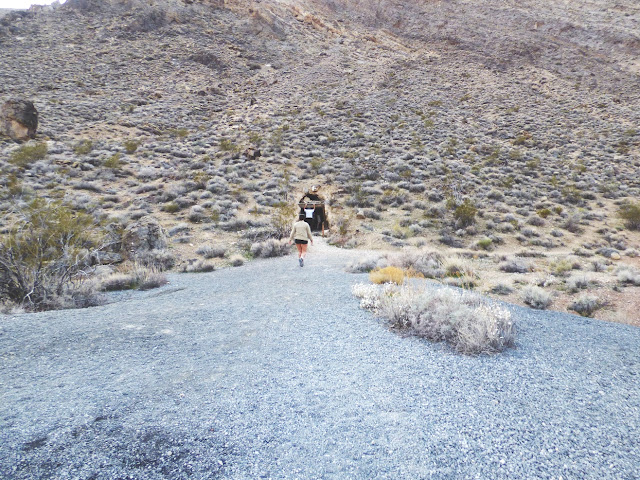 It's nice to know that we live in a day and age when nobody could ever be swayed into investing in shady mining operations on the basis of slickly produced promotional materials. Surely such things don't happen today...if you agree, well, have I got a proposal for you...

For an account of Leadfield's history, check out the 1957 article by the late great California travel writer Russ Leadabrand: http://www.dezertmagazine.com/mine/1957DM01/index.html.
Posted by Garry Hayes at 9:15 PM