What's Your Favorite Stereotype of a Desert? The 2% Answer? The Dunes at Death Valley 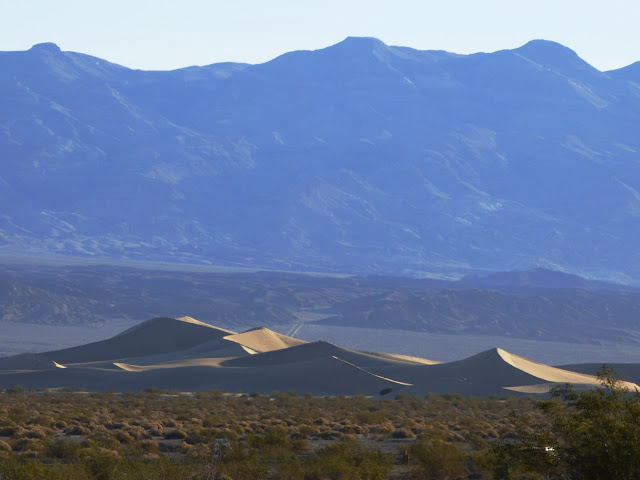 Think of the word "desert". What''s the first picture that pops into your mind? Is it Saguaro Cacti, like an old western? Is it cliffs and spires like other old westerns? Is it a painted desert, like an old Disney movie or a Roadrunner cartoon? Or is it an endless sea of sand? At different times, I've had all those stereotypes established in my head. The California desert is the one I visit most often, and ironically, not one of those stereotypes apply in our state. Except for something less than 5% of the land surface, where sand dunes cover the landscape. 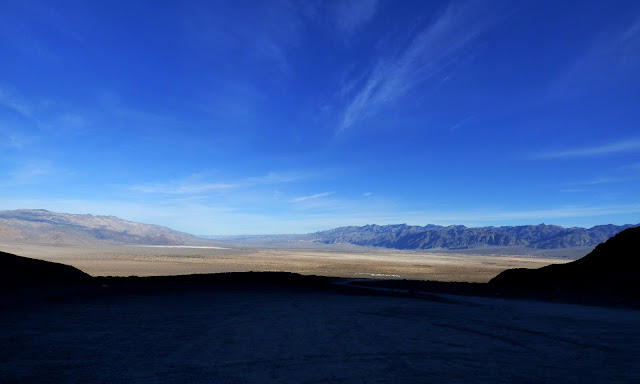 One need only to look at Death Valley itself. From a perch at the head of the Mosaic Canyon fan (above), one can see forty miles or more to the north and little in the way of dunes is visible. It's the same for the southern part of the valley, where salt is the dominant surface material. Or alluvial fans. Or the clay deposits of dry lakes. Dunes occur only where Tucki Mountain sticks out into the valley, interrupting the flow of wind currents that scream down the valley floor from the north. 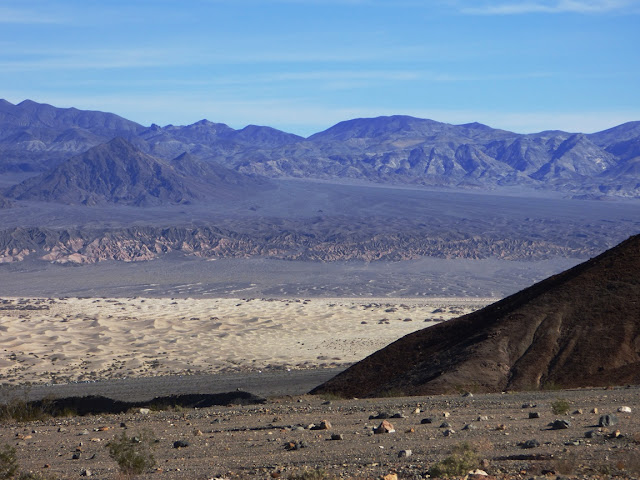 The Mesquite Flat Dunes, or Death Valley Dunes, are perhaps the most famous dune field in the American West (although supporters of the dunes at White Sands in New Mexico or Great Sand Dunes in Colorado might argue the point). If you have seen CP30 and R2D2 wandering across dunes in the original "Star Wars", you've seen the dunes of Death Valley. It doesn't hurt that they are probably the most easily accessible dunes in the California desert. 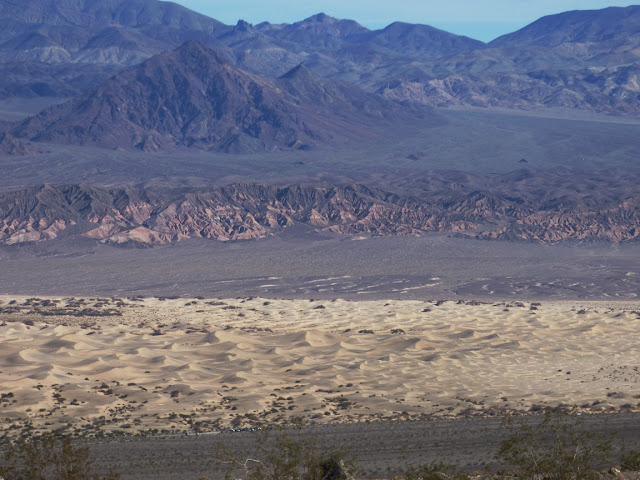 And what a backdrop! The Grapevine Mountains rise thousands of feet above the sinuous ridges of sand. The dunes are not all that tall, only a hundred feet or so, but the field is several miles across, and are easy to explore. 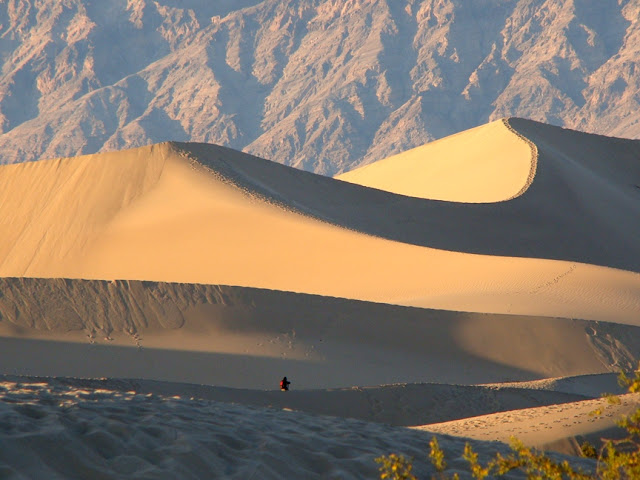 There is a certain sensuousness about the dunes, a smoothness that belies the harsh ruggedness of other desert landscapes. It's the only place I can think of where I could imagine walking without shoes (as long as the day isn't too hot!), and the only place I could imagine laying down without carefully inspecting the ground first (there are lots of sharp and poisonous things on other parts of desert floor). It's also one of the few places I feel comfortable hiking at night without a flashlight. It's a marvelous experience to walk up and down the dune slopes, feeling the change in the temperature and humidity. In moonlight, it can be downright magical. 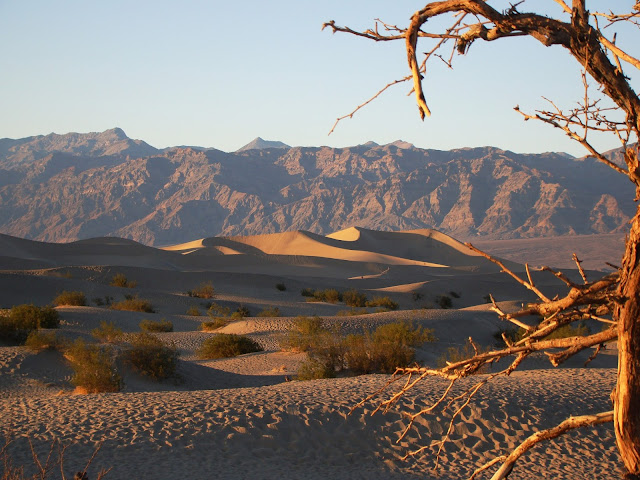 The dune sands are composed of small grains of quartz and feldspar. The grains start as mudflows and flashfloods coming off the mountains that tower over the valley floor. Winds carry away the finer dust particles, and leave behind the larger pebbles and boulders. During windstorms, the sand bounces along the desert floor, a process called saltation. The grains rarely bounce more than three feet off the desert floor, a fact that I can attest to, based on the experience of standing in a violent windstorm wearing shorts. The sand was stinging my legs, but not my arms or face. 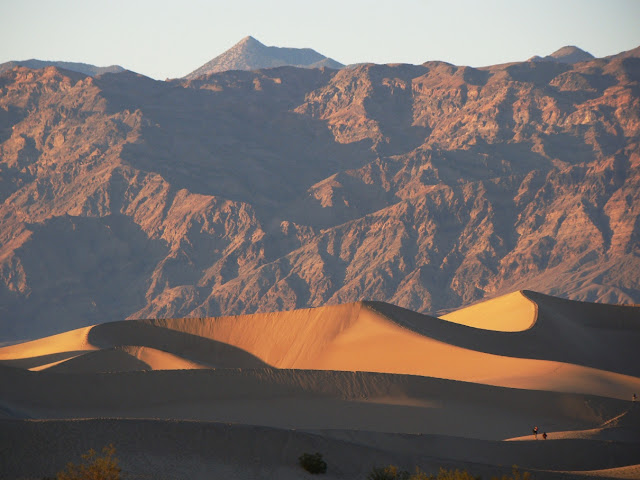 It is understandable that people might think that most desert erosion is caused by wind, but water still does most of the work. Wind can't carve deep canyons or remove mountains. But wind can be distinctive force in moving sediments around on the desert floor, and forming one of the most beautiful landscapes possible.