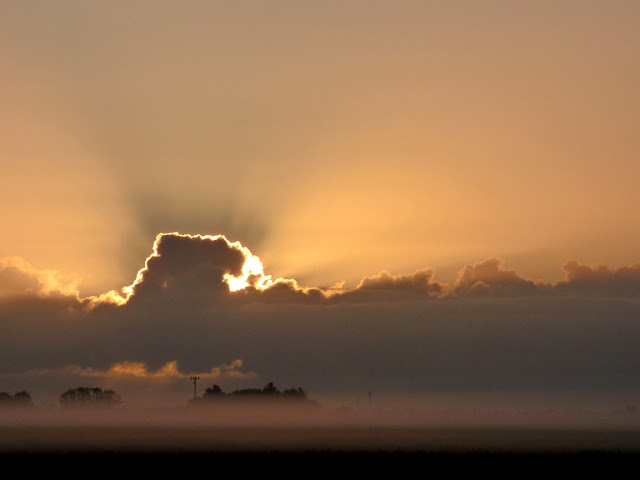 The onset of Daylight Savings Time, an anachronism if there ever was one, has meant that I'm headed to work before sunrise once again, a miserable time for a night owl like myself. There are occasional benefits though, such as seeing the sun rise. A storm blew through our valley last night, dropping around a third of an inch in the Modesto area, and bringing the cold air and moist ground that results in fog. 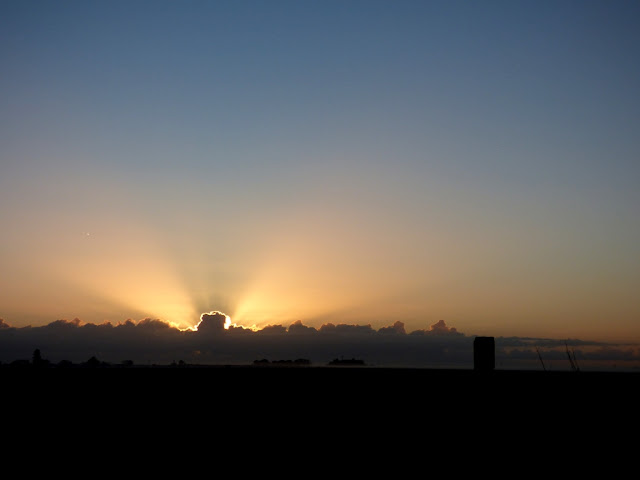 The warmer climate over the last few years has meant that we've had fewer of the horrific weeks-long sieges of fog that led to chain reaction accidents, but some mornings there is a mystical look to the valley floor as the mist rises just a few feet off the ground.

It looks like at least ten days of sunshine and warming temperatures in the weather forecasts. The rainy season is drawing to a close. Not the drought buster season we had hoped for, but above average, enough to help a bit in filling the reservoirs.
Posted by Garry Hayes at 8:17 AM