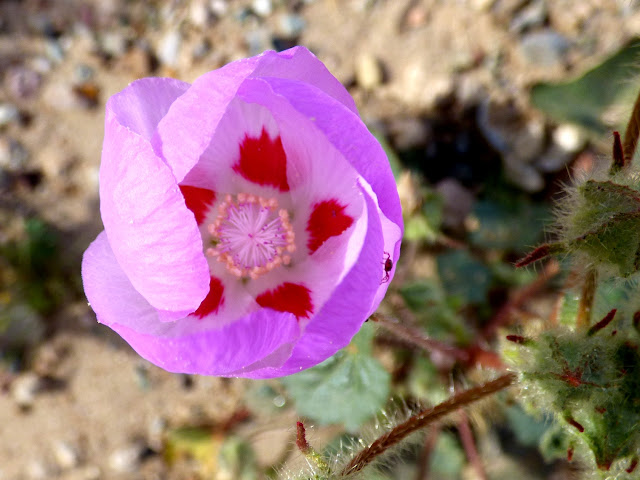 I could have made up a detailed geological description of the geology of this alluvial plain at the south end of the Death Valley graben. This is a geology blog, after all. But we were there in the middle of February during the most extraordinary flower show, a "superbloom", in a decade. A series of fall storms were spaced just well enough to wake up the myriads of seeds that hide in the soil, biding their time and waiting for the right conditions to bloom. And this was the time. I'm showing flowers today!

First and foremost is the Desert Five Spot (Eremalche rotundifolia). I'm in Death Valley every year during February, and I might see a few flowers scattered about even in dry years, but I only find the Five Spots during years like this, and I have almost no good pictures of them. That changed this year! 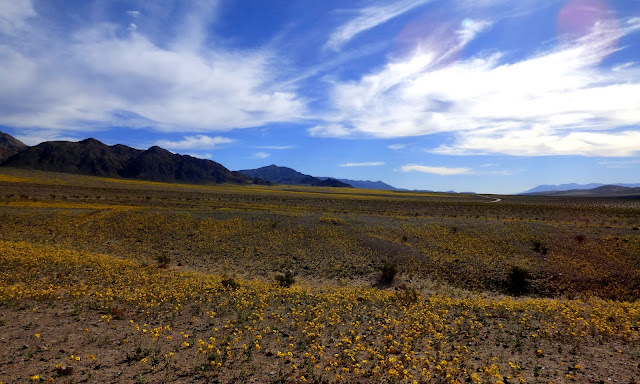 The slopes were covered with Desert Gold (Geraea canescens). A few Desert Golds seem to sprout in the dry years, but if there is water, these are the flowers that turn the slopes and fans bright yellow. It almost feels like walking through alpine meadows, yet one can never escape the sense that these flowers are growing as fast as they can, setting seeds, and dying as the hot winds begin to blow (and the hot winds can come at any time of the year). 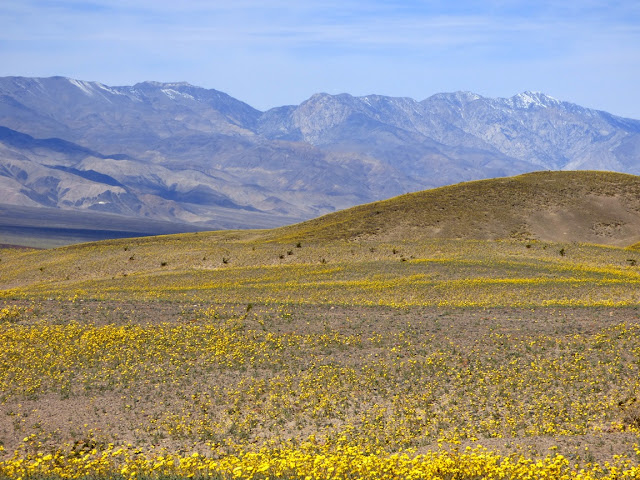 Another dependable flower even in drier years is the Desert Sand Verbena (Abronia villosa). There were lots of them in the washes at Ashford this year. 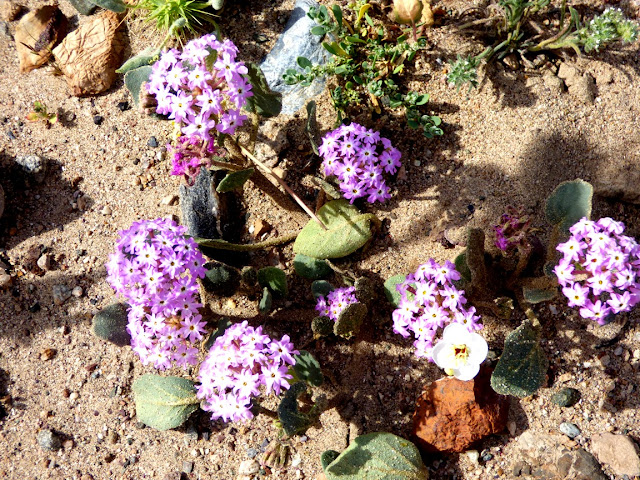 The Ashford Mill was built to process gold ores from a mine a few miles away in the Black Mountains. A bit of gold was produced over the years, but the total output was described as providing the owners with little more than "groceries and lawsuits". Not much is left beyond a few walls and foundations, but they provide a decent frame for viewing Telescope Peak. 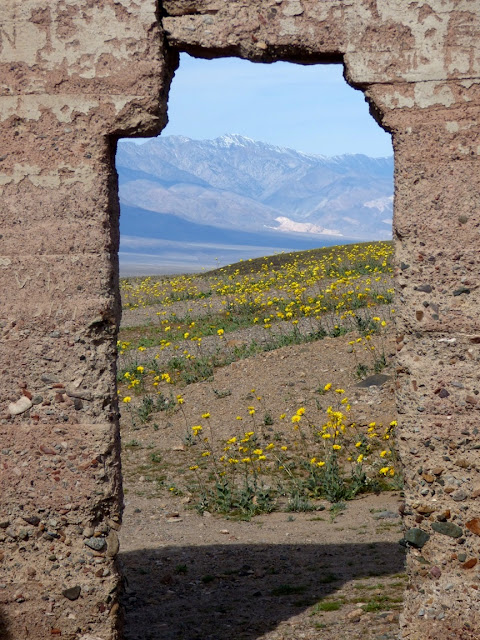 The Black Mountains form the eastern wall of the south part of Death Valley, and they are one of the most rugged mountain ranges to be found anywhere. The steepness results from the rapid uplift of the mountains (or rapid subsidence of the valley floor, or both), and the slow rate of erosion in the exceedingly dry climate of eastern California. In this season of "plenty" (in the relative sense, of course), they provide a somber backdrop to the rich display of flowers across the valley floor. 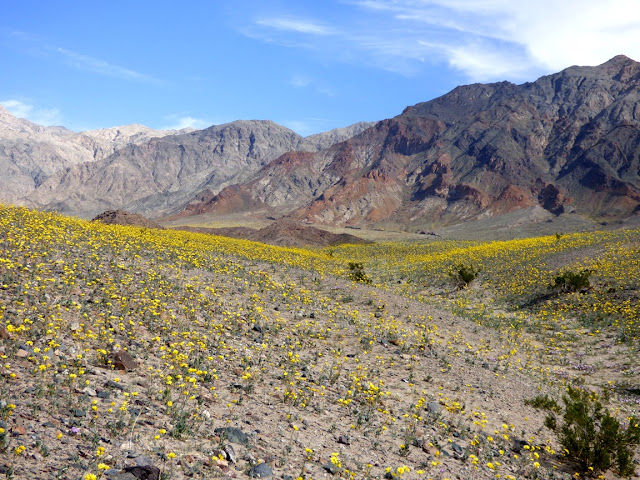 In the next post, we'll check out a few other flowers from another spot just up the highway.
Posted by Garry Hayes at 8:38 PM

Death Valley sure did put on a show this year.