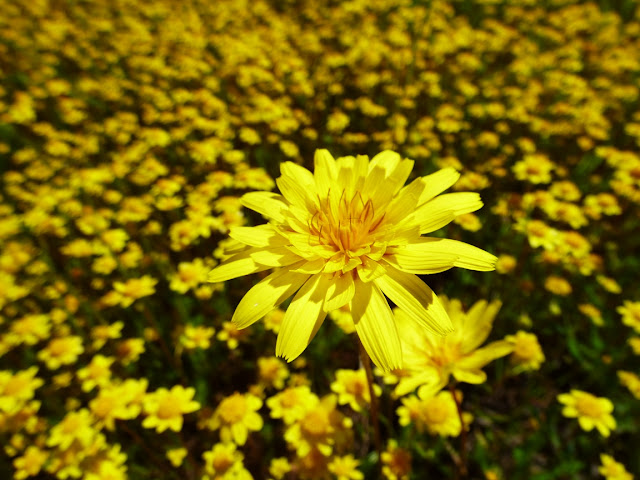 I always thought that kaleidoscopes were named after someone named Kaleid, but the authoritative source (Wikipedia, of course) indicates that the name is a mixture of Latin terms that translates to "observation of beautiful forms." Today I was observing just that at the Red Hills Area of Critical Environmental Concern. I was also there less than a week ago, and in the manner of a kaleidoscope, it is changing colors. 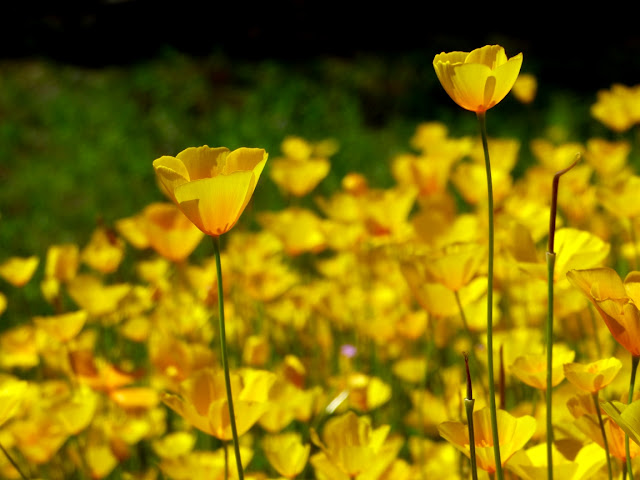 The Red Hills host a unique ecosystem quite unlike the oak woodlands of the adjacent Sierra Nevada and Great Valley. The underlying rocks are composed of serpentine and other ultramafic rocks, and the soils are poor in many necessary nutrients, and rich in a number of toxic metals. Few "normal" plants, most notably the grasses and oak trees, can live or grow on these soils. Some plants merely tolerate the soils, and can grow elsewhere (like the Poppies), but others are adapted to living on the soils and nowhere else. The foothills are semi-arid, and the seasonal lack of water is another factor in the survival of plant species in the area. But when the water comes, the hills explode with life. We've been in the grips of a horrific drought for the last four years, but this year has brought normal, even above-normal precipitation. In these few weeks of spring we are getting the best wildflower show in years. 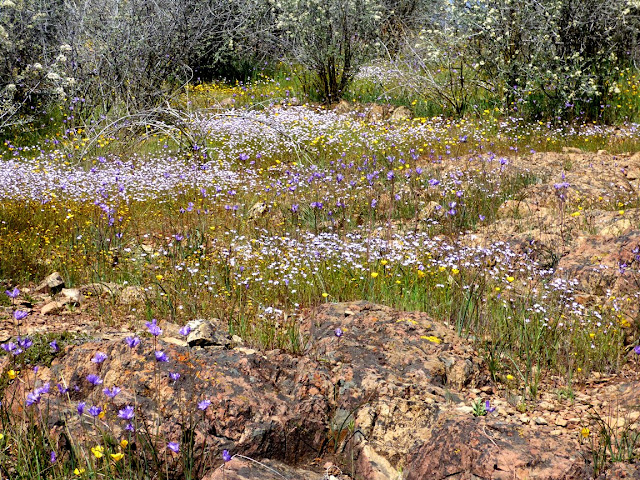 We've made three trips to the Red Hills in the last few weeks, and it has changed dramatically with each visit. The first visit was early, and there were just a few splashes of yellow here and there around the main parking area. By the second trip, the yellow flowers had expanded rapidly, with widespread areas covered by Goldfields and Monkey-flowers. 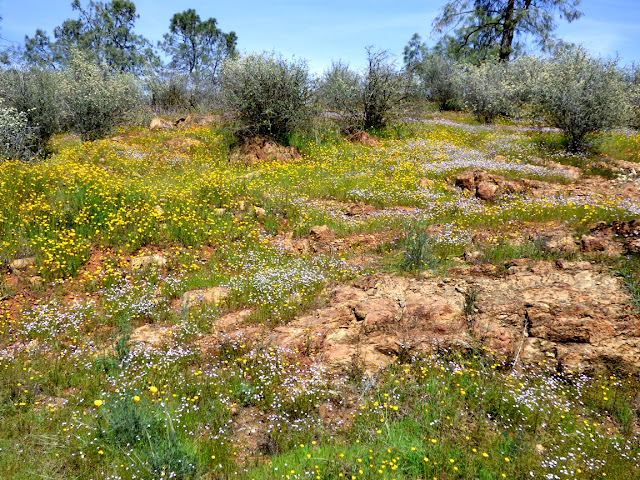 Our trip today revealed a vast expansion of the blue and purple flowers, primarily Blue Dicks (Brodiaea) and Bird's-eye Gilia. They provided a nice contrast to the red and brown rocks (rich in iron).  You can literally think of the iron-rich rocks as rusting; they are actually green to black on fresh surfaces. 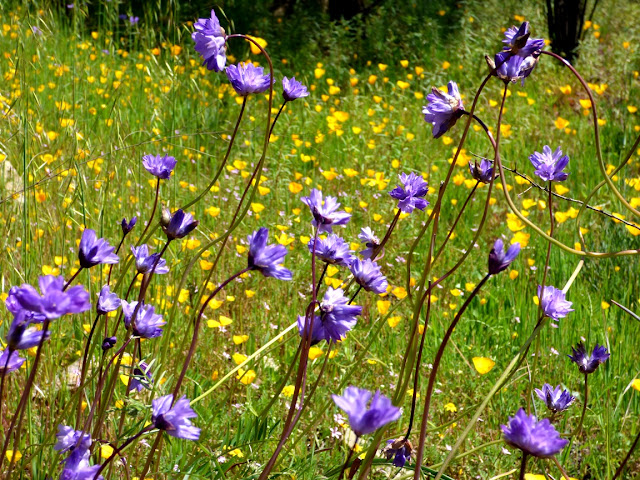 The rocks that are ultimately responsible for this wonderful scenery were once important for a different color: gold. The ultramafic rocks were closely associated with the Melones and related fault zones that were the conduits for highly mineralized fluids that worked their way towards the surface around 140 million years ago. As the chemical-rich water approached the surface, minerals precipitated out as quartz veins that hosted the gold that was so eagerly sought by miners. These rocks didn't have the gold, but it was near by. When the ores gave out, this landscape was abandoned and left behind for a century. It was the realm of garbage piles, shot-up abandoned automobiles, and off-road vehicle trackways. 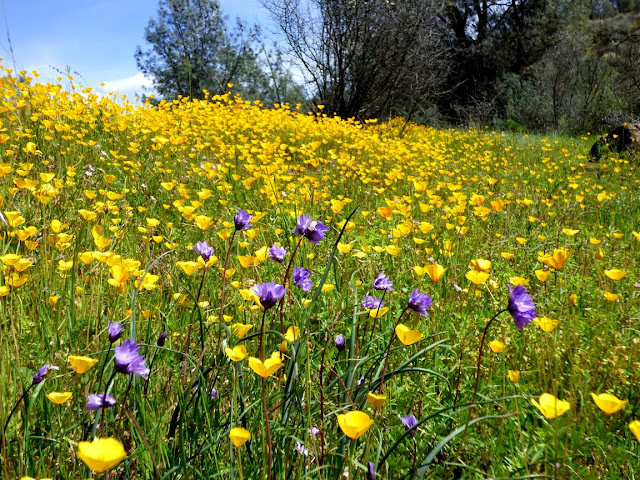 It wasn't until the 1990s that people began to recognize the true value of this unique ecosystem. Volunteers cleaned up the messes, and the Bureau of Land Management reclassified the landscape as an "area of critical environmental concern", which is effectively a park designation. The "goldfields" today are the Goldfields flowers that appear after the rain falls. And all of the other wonderful colors that come just a few weeks later. 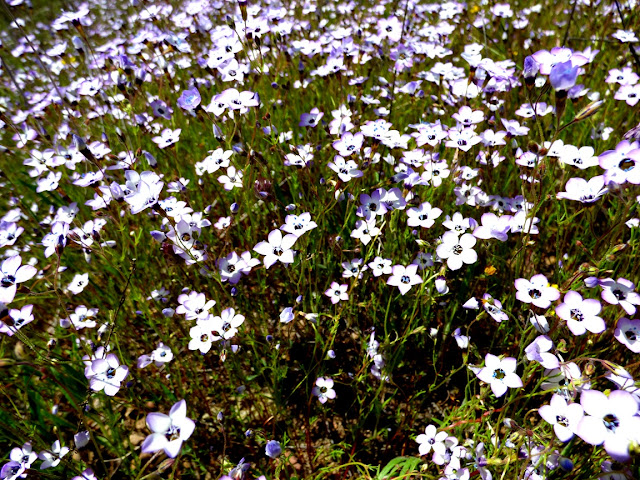 Thanks for the timely post! Following your tip, we made the trip out to Red Hills on Thursday and enjoyed a spectacular display!!