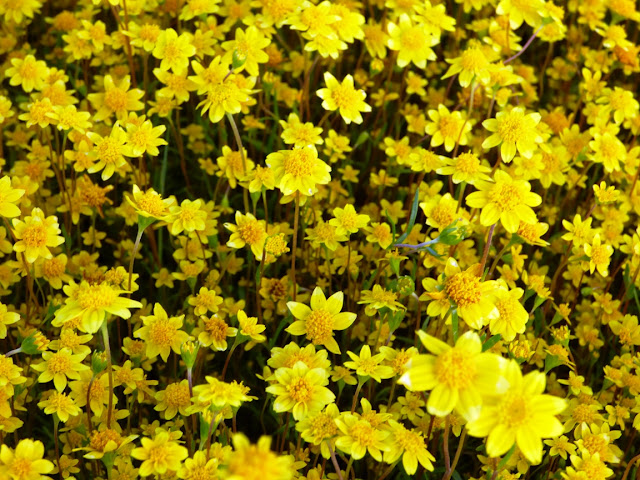 If my blog posts seem a bit scattered of late, bouncing from one place to another, well, it's kind of true. On the other hand, there is an occasional theme that runs through many of my disparate posts: California has had more water fall from the sky this year than any of the last five. We have been and still are in the grips of the worst drought in California's state history, and so a season of slightly above average precipitation feels like a miracle of moisture. 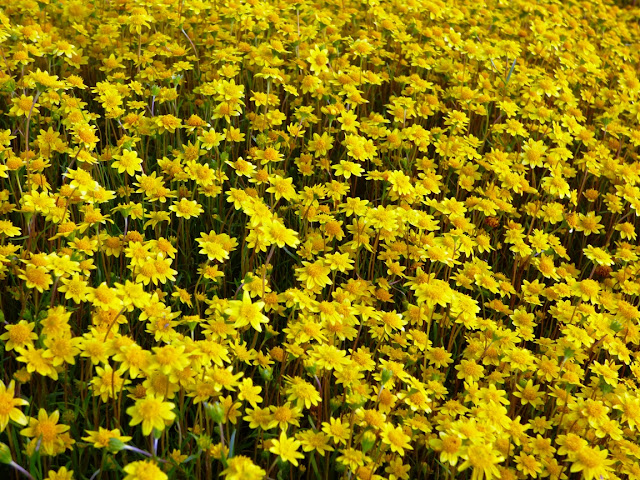 This afternoon we paid a return visit to the Red Hills Area of Critical Environmental Concern, a small natural wonder in the foothills of the Sierra Nevada, within the Mother Lode gold belt. The "area" is protected by the Bureau of Land Management, preserving one of California's really unique habitats, the serpentine soils. 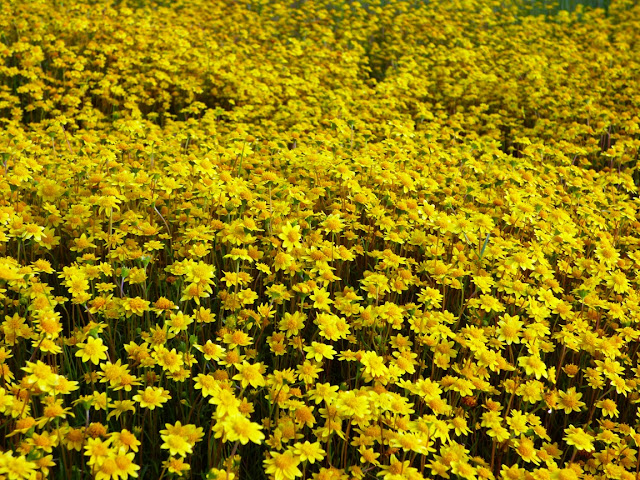 A strange thing happens with the landscape close to the park boundary: the grass and oak woodland suddenly gives way to an area of very sparse grass (if any) and no oaks. There are instead Buckbrush shrubs and Gray Pines. The precipitation and sun exposure are the same. The difference is in the weathered rock beneath. Serpentine is deficient in many required plant nutrients, and is rich in some toxic metals. As a result, almost no grass or other normal groundcover plants can survive in such conditions. Only plants that are serpentine tolerant or adapted to thrive in serpentine can survive. As a result, many of the plants here are endemic to California, and at least a few aren't found outside the preserve. 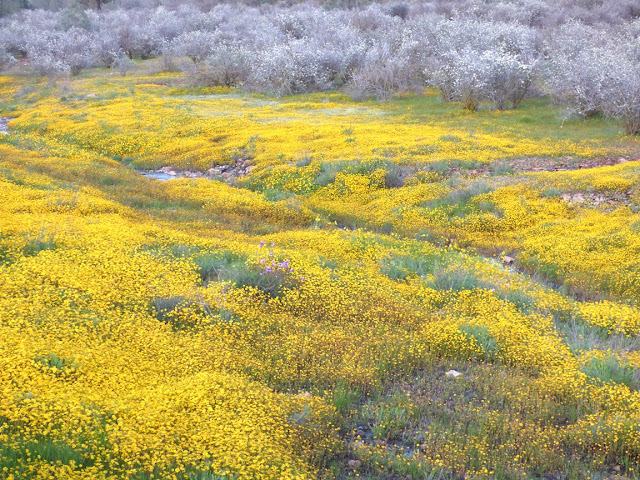 The area once was the realm of target shooters, off-road vehicles, garbage piles, and vandals. It took time for the unique nature of the area to be recognized, and now it has returned to something of its original appearance as the native plants have reclaimed their territory. When the rains come, it explodes with color, including the early season blooming California Goldfields (Lasthenia californica) that we saw today. California Goldfields in the gold fields of California...it's a beautiful sight. 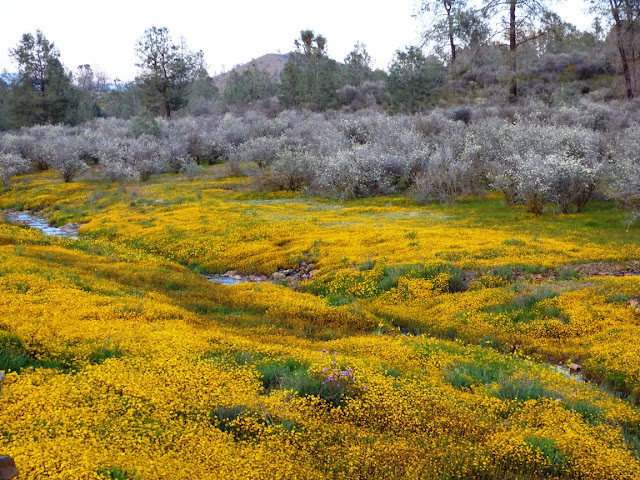 Information on the Red Hills ACEC can be found here: http://www.blm.gov/ca/st/en/fo/folsom/redhills.html
Posted by Garry Hayes at 11:30 PM