Rainfall milestone this week in my corner of California 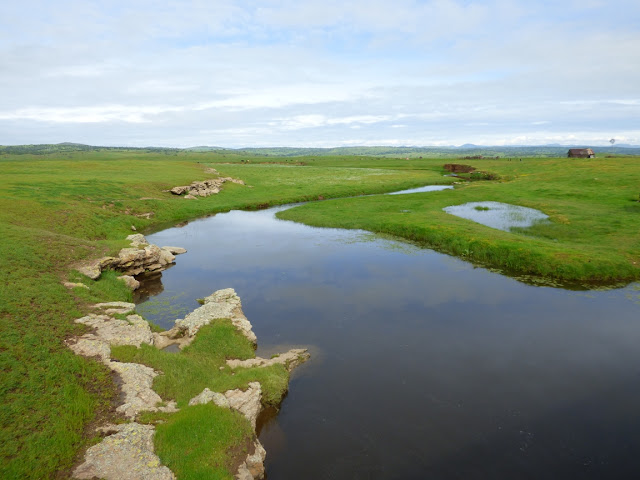 We reached a milestone this week in my backyard (backyard in both the literal and figurative sense). We reached "normal". I've been tracking rainfall totals in my backyard since 1991, and up until 2011, the average yearly rainfall has been 14.67 inches per year. The last four years of drought brought the average down to 13.92 inches, but the last nine days have brought us 2.98 inches of rain, and the year's total now stands at 14.51. It's the first time we've reached "normal" in five horrible dry years. Another storm will barrel through the area on Sunday. 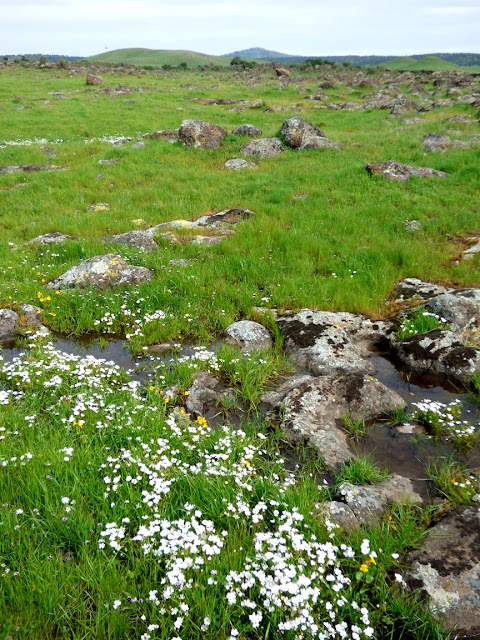 There were great hopes that the El Nino event, the strongest ever recorded, would have brought us far more than normal rainfall, but that is seeming more and more unlikely. I'll take normal any day, though, and the region around is reaping a bounty of moisture. It will be a banner year for wildflowers in the canyons and foothills of the Sierra Nevada, and the prairies around my home are already colorful in places. Death Valley has experienced a rare "superbloom", which I was privileged to witness (pictures coming soon).

A very dry (and very warm) February raised the specter of an early melting of the snowpack in the high country, with only one significant storm. A similar situation last year left us with 5% of normal snow in April. We had dropped from a surplus of 110-plus percent to something like 80 % of normal. The March storms dropped five feet or more of snow in many parts of the High Sierra and Cascades, so there's good news in the high mountains too. 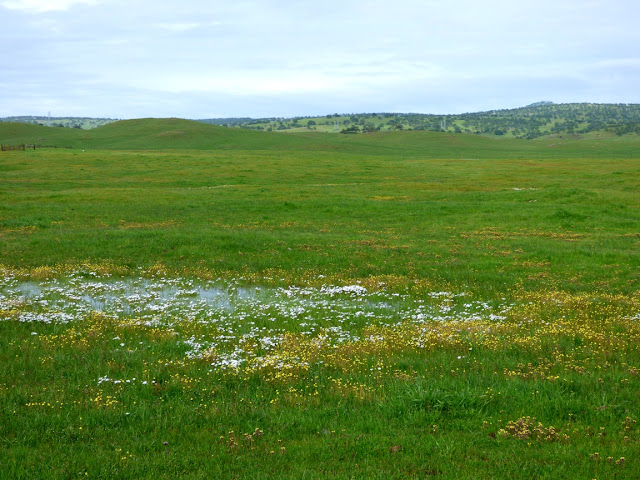 Is the drought over? Not by a long shot. The rain and snow are significant, but the groundwater and soil conditions will take a long time (if ever) to recover. The reservoirs of California, with just one exception, are still well below normal. Some reservoirs have a decent chance of filling this year, but there is a long way to go before we can make up the deficit of the last five years. One of the problems is that a reasonably wet year can cause consumers to relax their efforts to conserve, and one of the real problems of our state is that even a normal year no longer provides enough water to meet all the demands. A political conversation needs to happen about our way forward. With global warming, droughts may very well become more frequent, and a return of "megadroughts" lasting decades are a possibility (two megadroughts in the last 2,000 years lasted upwards of a century each).