If I lived along the coast, I would get to see this kind of thing all the time, but I don't, and I don't always see otters when I do visit, so this was kind of special. The funny part is, I didn't really notice the otter at the bottom of the scene pounding on the rock until the very end when I zoomed in. We spent part of the afternoon at Cypress Point on the Monterey Peninsula, and were so distracted by the Harbor Seals that we nearly missed seeing the otters a little ways offshore.

I remember reading as a kid how humans were better than all the animals because we used tools. I also remember those first discoveries by Jane Goodall and others that primates were using tools, and later how otters used rocks to bust up shells. The otters will carry a rock in a pouch under their arm, and scour the seafloor for snails and other delectable shellfish, bringing them to the surface for a geology-based extraction leading to a juicy snack.

But I never got to witness such things in all these years. I didn't get any clear pictures of the otters today other than the video, so I dug into the archives for a few pictures of otters in Morro Bay that I photographed in 2007. 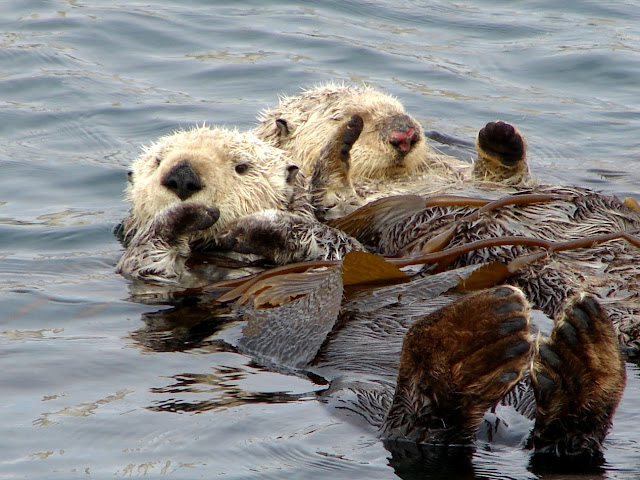 California's Sea Otters are an endangered species, and it is practically a miracle that we have any at all. Their original population was estimated to be around 16,000, but Russian fur traders and others extirpated most of the colonies. They were thought to be extinct until 1938, when a group of about 50 were discovered in a living in a cove near Bixby Bridge north of Big Sur. Their numbers have risen slowly to about 3,000 individuals today. It's hard to imagine that we nearly lost them forever. 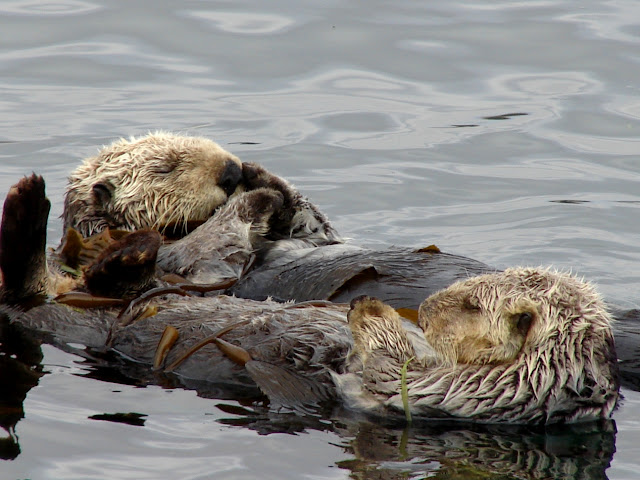