The Karst Topography...of California? Into the Black Chasm 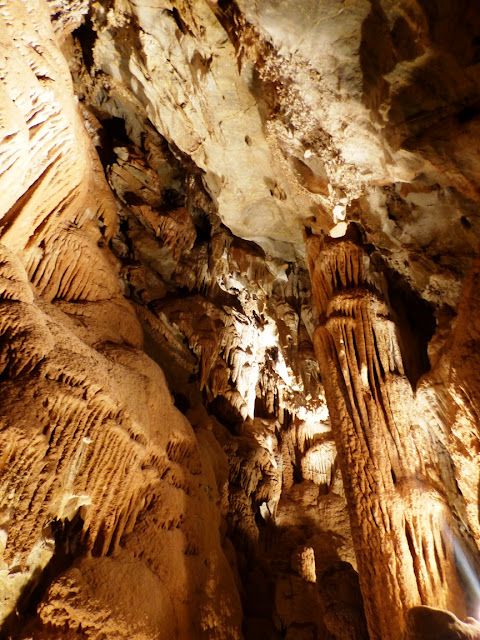 California is not really known for her expanses of karst topography, the landscapes that develop where limestone or marble lies underground. In my short mini-series about the karst of California, we've seen the gold-fields of Columbia State Historical Park, the grinding stones at Chaw'se State Park, and the Natural Bridges of Coyote Creek. Today we are going underground to see the reason for the sinkholes and disappearing streams: the caverns of California. Believe it or not, there are more than a thousand of them! There are about eight of them that have been developed for tours. We'll have a look at some them over the next few posts. 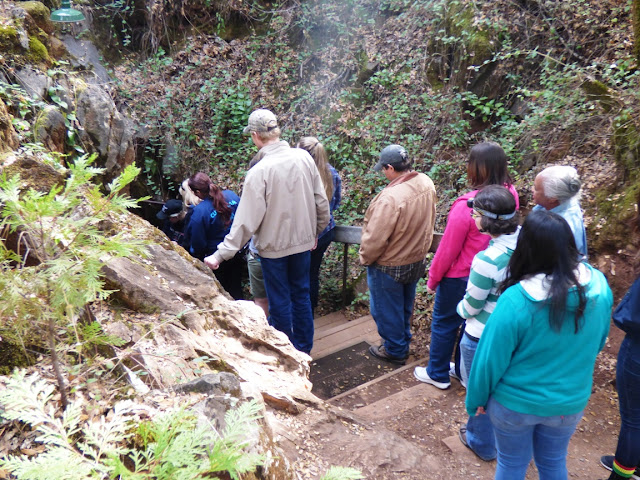 On our recent trip exploring the karst topography of the Sierra Nevada Mother Lode, we visited one of the most unique: Black Chasm Cavern, near the Gold Rush town of Volcano. Black Chasm was opened for tours around 1990, but it has been known since the Gold Rush days. 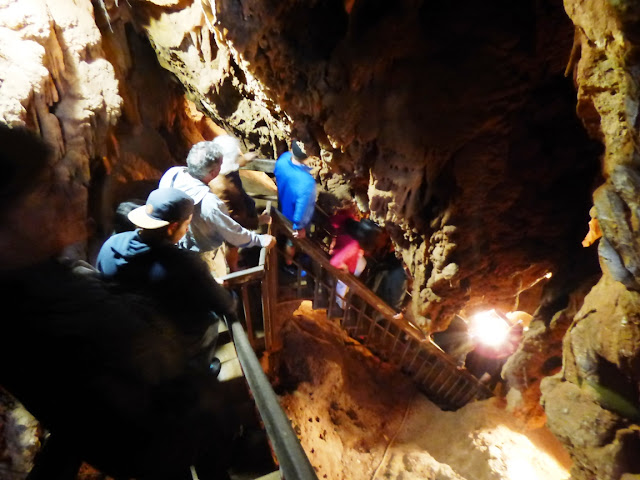 An early discovery by miners is usually the death-knell for a cave. The early explorers tended to be careless, and they thought nothing of breaking off cave decorations (speleothems). Such caves eventually became muddy holes in the ground, bereft of any beauty. But Black Chasm had something going for it, something that protected the cave: it was the Black Chasm itself. 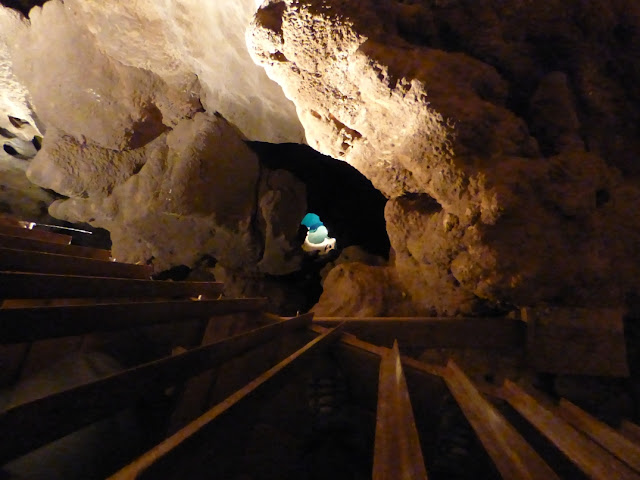 Just inside the very step entry passage, there is a 100 foot deep fracture that halted any further exploration of the cave unless the spelunkers had technical climbing gear. Far down at the bottom of the chasm, there is a turquoise colored lake. When the cave was developed, the owners affixed a stairwell across the upper part of the chasm, providing access to the Landmark Room at the far end of the cave (the tour covers several hundred feet of the cave, which has a total of about 4,000 feet of passageways). 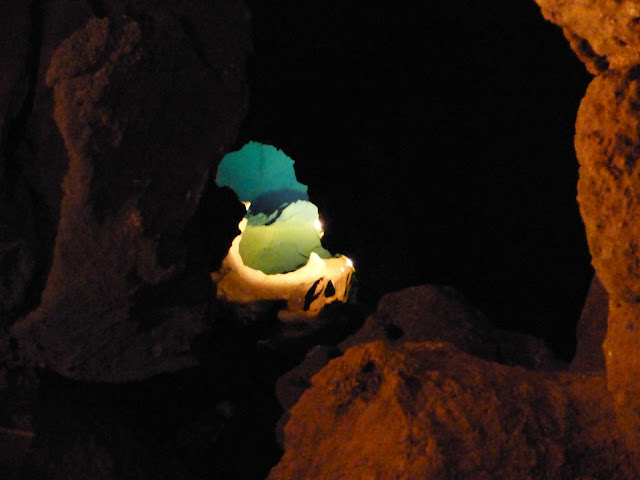 The Landmark Room is a true revelation for cave enthusiasts: it's almost completely untouched by vandals and sloppy cavers. The speleothems (cave decorations like stalactites, stalagmites, columns, draperies, and flowstone) have never been snapped off or otherwise damaged. 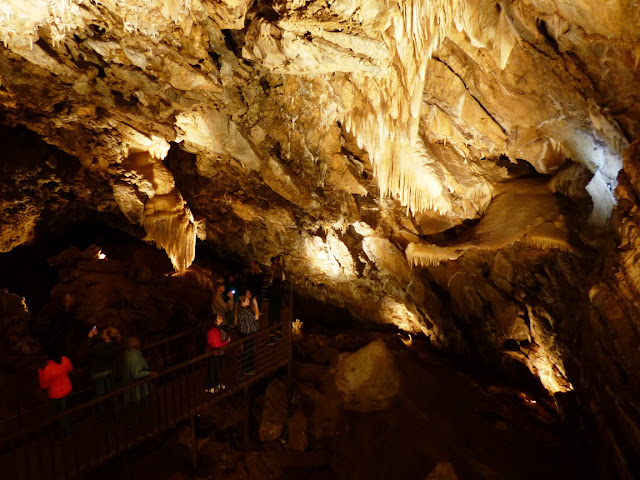 The stalactites and draperies are spectacular. The owners have done a good job of lighting the cave to highlight the most interesting decorations. I've toured the cave a dozen times or more, and I always find something else to photograph. 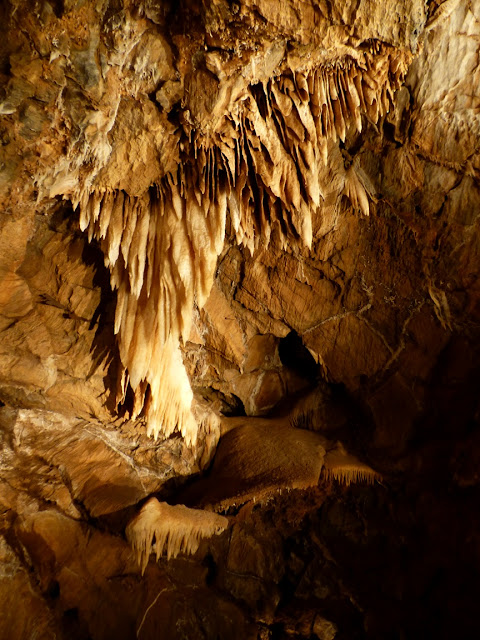 It's quite amazing to see draperies that have never been stained by the grime of torches and candle lanterns. 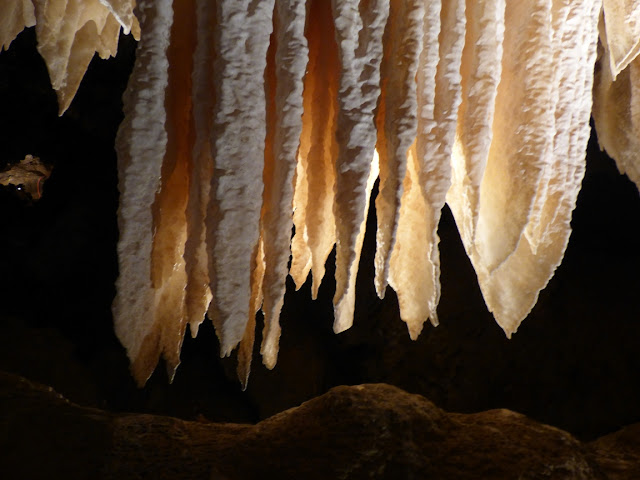 The speleothems could be easily snapped off, but it has not happened. It's a marvelous privilege to see untouched caves. But Black Chasm has achieved National Natural Landmark status for a different reason: the helictites. National natural landmarks are established by the federal government, but the land where these landmarks have been established are privately owned. The status represents an agreement to protect the landmark from damage or development. 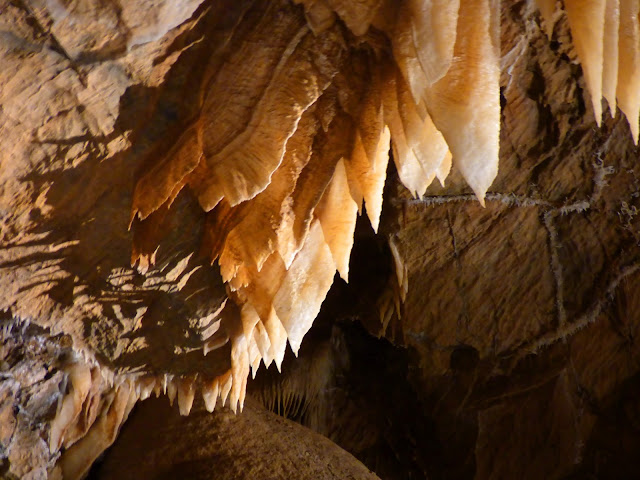 The helictites at Black Chasm are extraordinary. They can be thought of as stalactites on an acid trip, as they seemingly have completely disregarded gravity as they have grown. They may start growing in the style of stalactites, but water can be squeezed from the interior under hydrostatic pressure, and grow in random directions. They aren't immediately apparent on the conducted tour, because they actually keep the lights in that corner of the cave off (we look where we are directed, after all). One begins to notice the helictites here and there in dark corners, a few dozen on the cavern walls. I'm perhaps giving something away here, but I am surprised every time the lights come on. 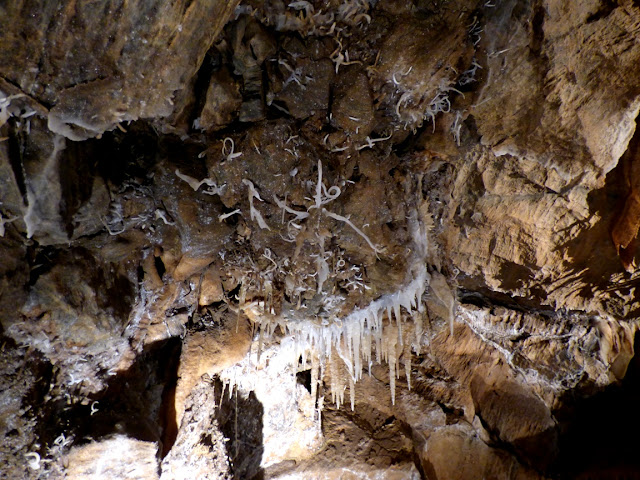 Because that's what happens. The lights come up, and there is a wall covered by thousands upon thousands of helictites in a chaotic pattern that is simply stunning. 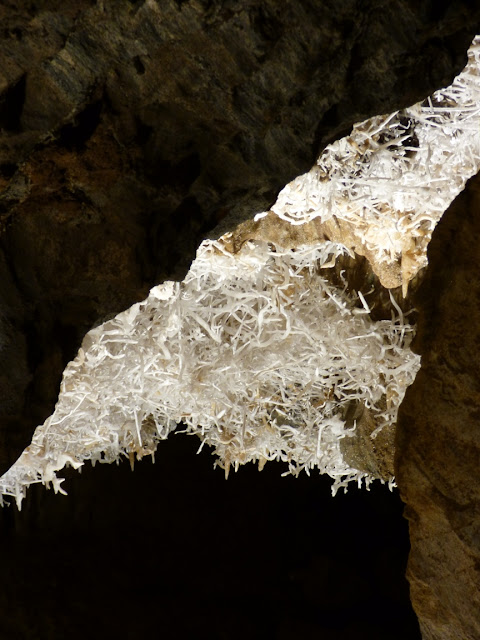 Helictites are among the most delicate of cave decorations, the first to be destroyed by vandals and careless cavers. But this cave was protected for a century by the Black Chasm, and the owners have been careful to preserve this incredible resource. They were never broken off, and as such, this wall of crazy stalactites is probably the most complex and spectacular group of helictites that can be seen in any show cave in the country, maybe in the world. 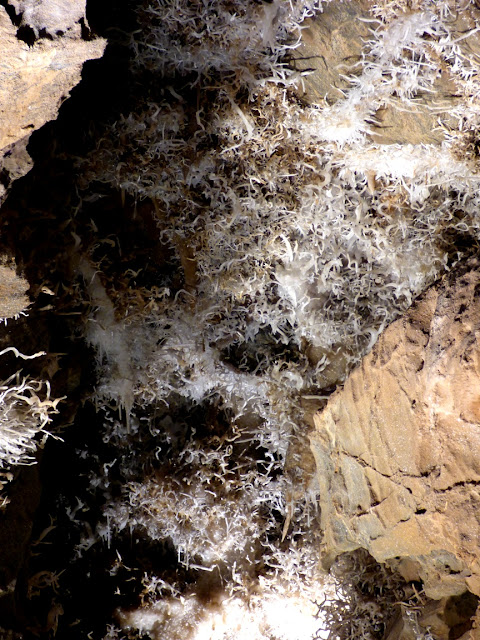 The cave is operated by the Sierra Nevada Recreation Corporation, and the cave is generally open all year for tours. They offer discounts for educational tours like the one we took two weeks ago. If you get a chance to tour the Mother Lode, Black Chasm is certainly worth a look. For more information, check out their website at http://caverntours.com/black-chasm-cavern-national-natural-landmark 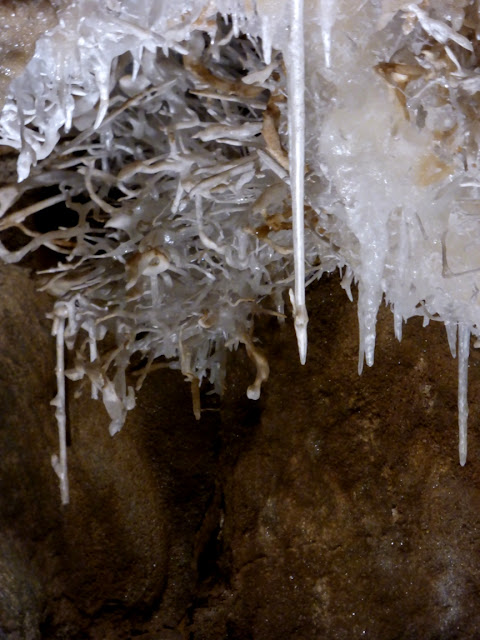