Getting a Creepy Feeling in Central California: A "Transforming" Experience 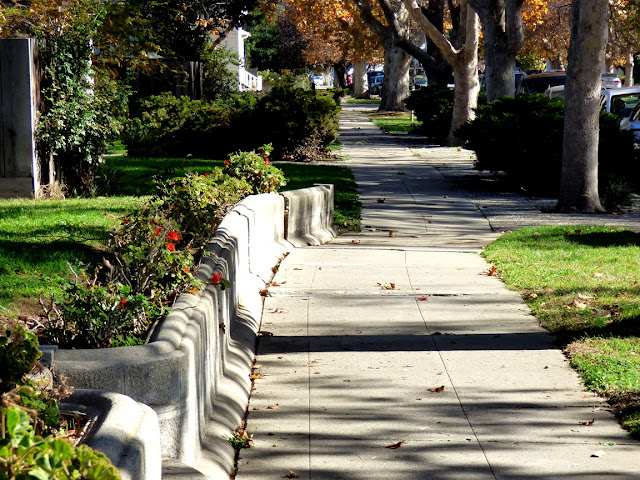 Faults can be active without producing major earthquakes. When the fault plane is not locked by frictional resistance, the sides of the fault can slide past each other without building up the stress that leads up to huge quakes. In Central California, there are several faults creeping on a more or less consistent basis year after year. They are close enough to each other that they can be easily visited in an afternoon. That is exactly what we were doing last Saturday.

The town of Hollister is bisected by the Calaveras fault, and numerous homes, sidewalks, and streets are slowly being torn apart by the constant movement, amounting to as much as 14 mm/year (0.55 inches). The embankment in the photo above appears in a number of geology textbooks as an example of fault motion. 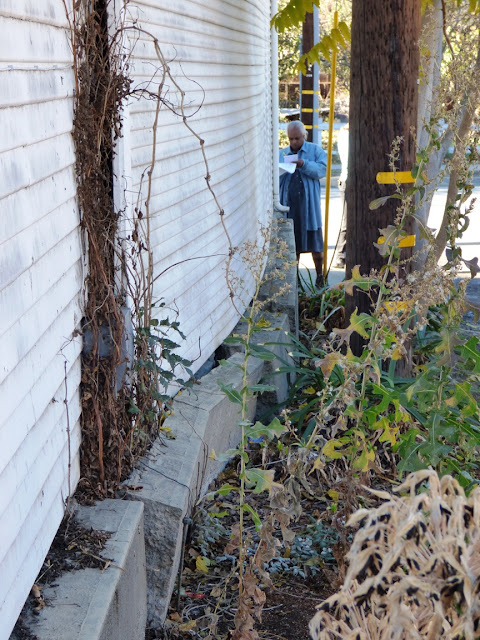 The foundation for this 1920s vintage garage has also been seriously damaged. We've been visiting the spot for 28 years. It will be disappointing when they finally decide to renovate the building! 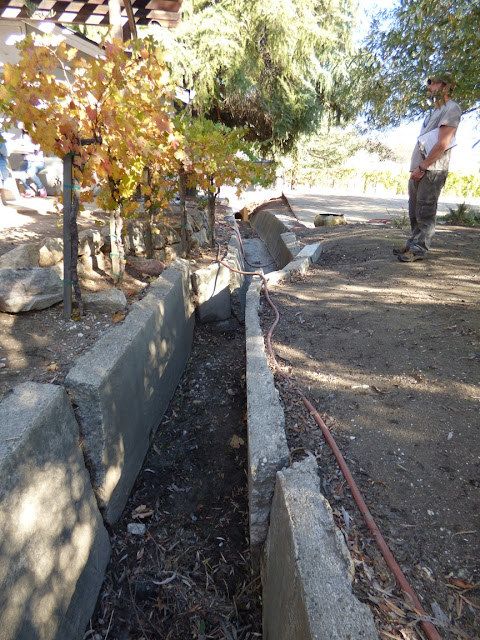 Probably the most famous example of fault creep in the region can be found at the DeRose Winery a few miles south of Hollister. The fault is far more active, with yearly offsets amounting to as much as 25 mm/year (1.0 inches). One can get a sense of the magnitude of the motion by comparing Saturday's image to one taken half a century ago (below)
The DeRose Winery has changed hands a number of times in the last 160 years, and the owners of the place in the 1980s kind of let it go (I believe they were even trying to produce tiger prawns in the old wine vats for time). The current owners are a treasure. They recognize the scientific value of their property, and have been clearing weeds from the drainage that threatened to completely hide the iconic symbol of right lateral strike-slip motion. They have also never refused us entry into the warehouse where offsets accumulating since 1948 are nicely exposed in the walls, even when formal wine-tasting has been going on.

All of these incredible exposures are easily accessed. If you are ever in the vicinity of Hollister or Pinnacles National Park, don't miss the opportunity to lay your hands on a major transform plate boundary!
Posted by Garry Hayes at 12:21 AM

Your title is really corny, Garry! I need to go on this SAF geo-tour.

Always great photos of geology events, Garry. (great title by the way)
Sometimes I'm very glad I don't feel earthquakes where I live... well, only little bitty 3's and 4's Most movement happening on other side of Vancouver Island.
Cheers.