One of Those Precious Days, Seeing Half Dome from the Great Valley 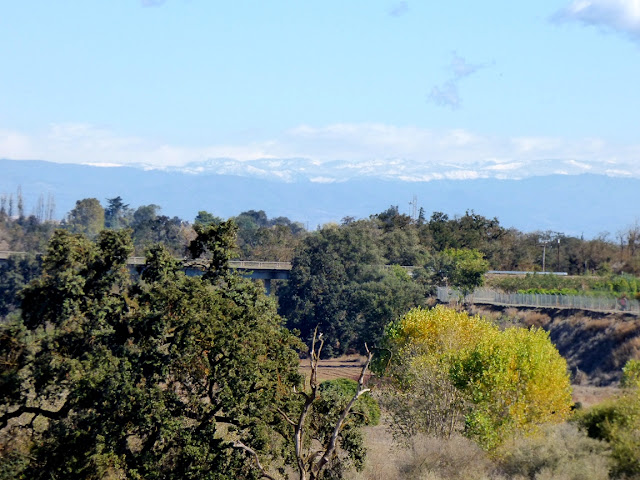 Sometimes, it is the context that makes something precious. A drink of water on a hot day in the desert, for instance. A few drops of rain in a crippling drought. In our valley, a clear day is a precious thing. The Great Valley of California is surrounded by mountains. The Sierra Nevada rises to an elevation of nearly three miles on the east side, while the Coast Ranges to the west approach a mile in height. The air in the valley quite often is stagnant, and fills with pollution, agricultural dust, and often a great deal of fog during the winter months. Inversion layers can trap the bad air for weeks at a time. The cities of the south valley, Bakersfield, Fresno, and Visalia, regularly make the top ten lists of most polluted areas in the United States. It's only when storms blow through that the polluted air is pushed to different places.

So that's what made today one of those precious moments. We had our first really intense storm of the year this week. We got an inch or more of rain in the valley (that's nearly 10% of the year's normal precipitation). The Sierra got a good dusting of snow, with almost two feet in a few places. And the wind has been blowing. I walked out this morning to the Tuolumne River Parkway to check on the progress of trail construction (they expect to finish in a month or so). Part of the trail climbs to the top of the river bluffs to avoid the city's water treatment plant, and that portion offers a nice panorama of the Tuolumne River floodplain, and on clear days like today, the Sierra Nevada and Coast Ranges. 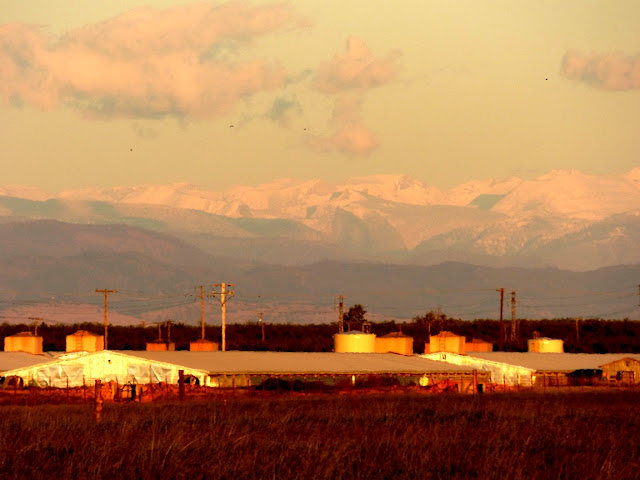 Later in the day, I was driving south on my way to teach my night class. The road passes one of the very few spots on the floor of the Great Valley where Half Dome is visible. It's been nearly a year since it's been clear enough for me to spy the iconic dome. It's visible in this spot only because Yosemite Valley is oriented southwest towards my vantage point near the corner of Keyes and Hickman Roads near Denair and Turlock. The dome is nearly 70 miles away as the crow flies. In the photo below, it's just a bit left of center. 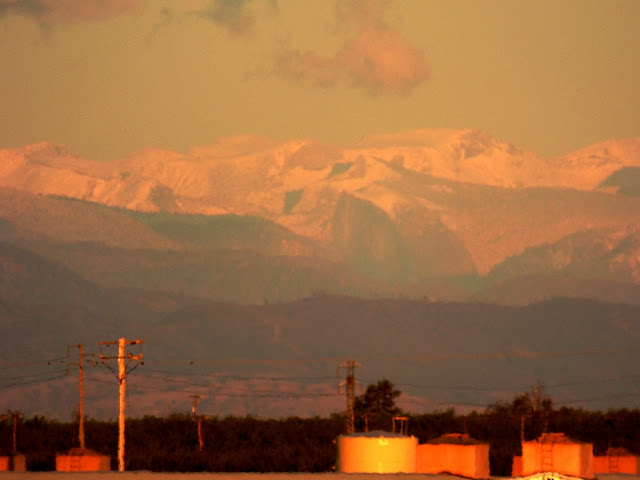 I really enjoy these crystal-clear days. They don't happen often enough around here.