The End of Fifty Miles of Sand: The Oregon Dunes 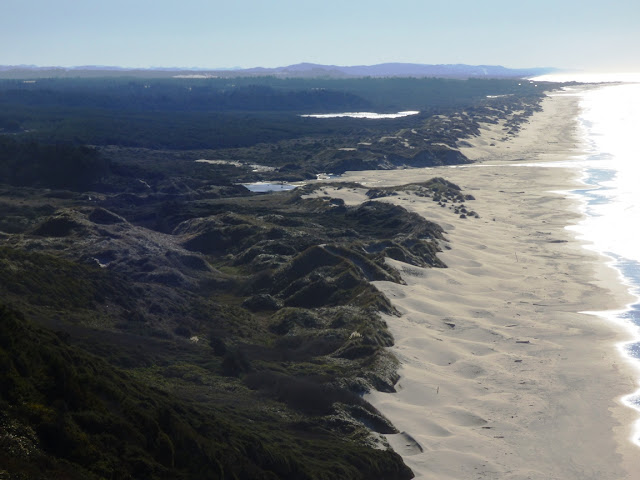 Or maybe, more properly, the beginning of fifty miles of sand. It's generally moving south from this point. The west coast of North America is mostly mountainous, with dramatic cliffs sloping almost directly into the sea. Where the east and south coasts of the United States might have strands of sand that run for hundreds of miles, sand is rare enough in the west to be a curiosity. If fifty miles of sand is found in one place, it is extraordinary. That's where I spent my Thanksgiving, next to Oregon Dunes National Recreation Area. 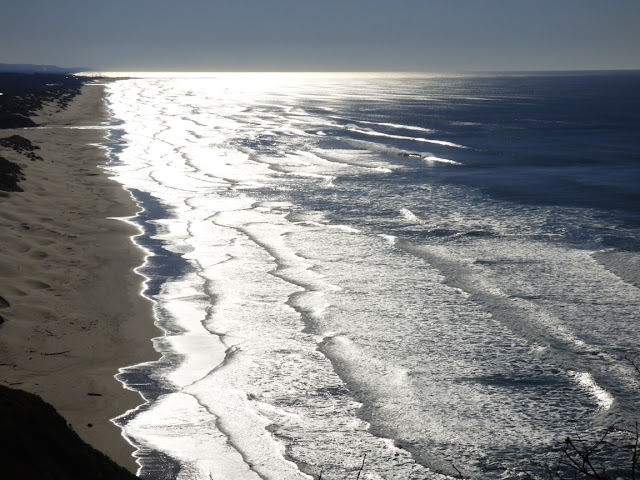 I've always made a point of resisting the orders of our superiors to go out and buy things the day after Thanksgiving, being a firm supporter of the the idea to "leave no child (or anyone else) inside" as a form of personal education. We went exploring the coastal area around Florence this weekend. 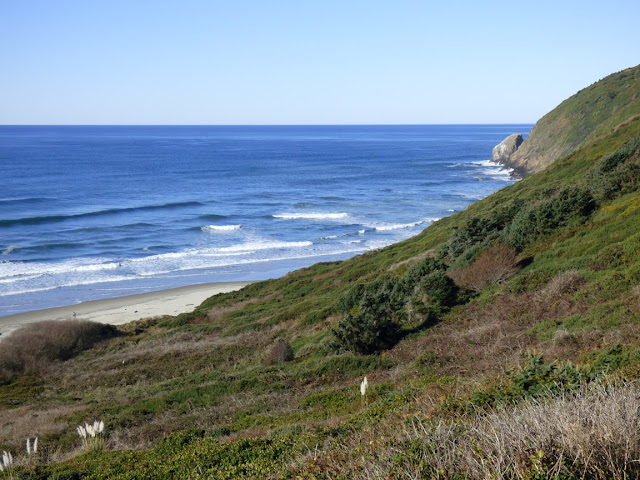 As I've noted in previous blogs, the so-called Coos Bay dune sheet extends for 56 miles (90 kms) from Coos Bay to Florence, and it is a strange and bizarre landscape that contains 85% of Oregon's active dunes. It's mostly protected as Oregon Dunes National Recreational Area. It isn't that there is simply a long expanse of sandy beach; the sand has been blowing and migrating inland, in some places nearly 3 miles, covering forests in some cases, and in other situations, stabilizing and becoming forest. This odd environment makes for unique ecosystem and geological landscape, mixing ocean, swamps, rivers, forests, and lakes. 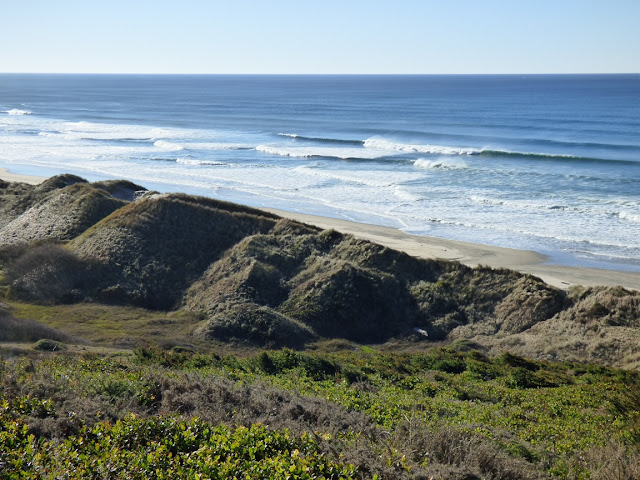 You can get a hint of the transition of dune to forest in the pictures here. I was quite literally standing above the very last dunes of the system, about eight miles north of Florence, where cliffs once again dominate the shoreline. The irregular hills are sand dunes that have been stabilized with European Beachgrass to augment the stabilization of migrating dunes. The native grasses have been pushed aside in many instances as the European non-native takes over. Because of the spread of grasses, 80 % of the dune sheet is covered by vegetation. In 1939 it was only 20% (US Forest Service data). 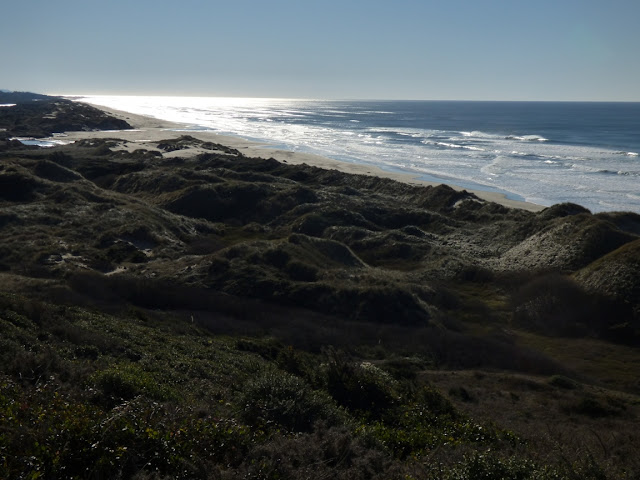 Only a few hundred yards inland, conifers have started to take root.  The rivers and streams that flow into the dune fields, along with a high groundwater table, have created a network of swamps, and more than two dozen ponds and lakes (before I began exploring this region I would have said that lakes form only from glaciers, sinkholes, landslides, or oxbows on floodplains; dune lakes were new to me). The complex provides a rich environment for wildlife. 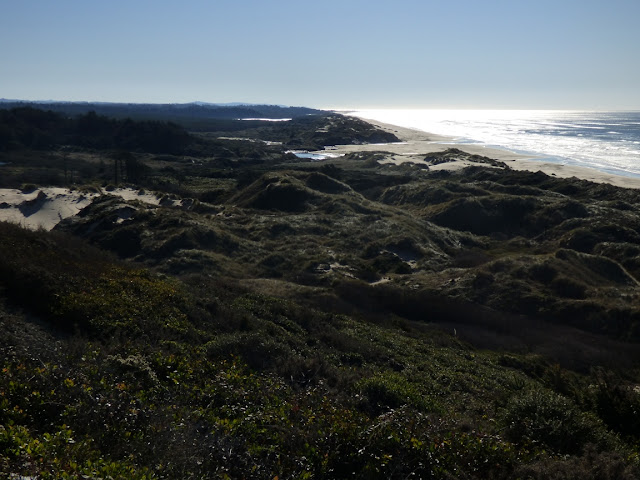 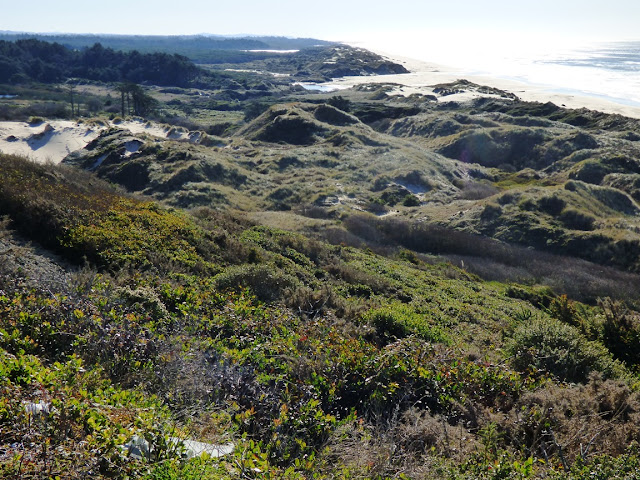 It's a beautiful and dramatic landscape. If you ever get the chance...well, make the kind of choices that will get you chance to explore places like this!

I have enjoyed the Oregon Dunes area in the past, once with three little children under 5! We had great fun, and the kids got thoroughly tired out each day, of course.
One year, on my own, I travelled down the coast and back up again, stopping at Yachats, and enjoying the basalt 'beaches' and other marvellous geological formations in and around the area. A very satisfying experience.
Cheers - Celia