You Say it's Winter Already? Fall Has Just Arrived in California! 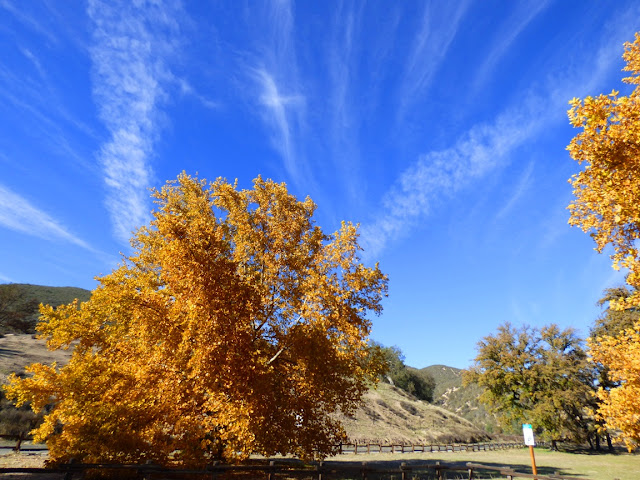 Some people say they could never live in California. The earthquakes are scary and the state will fall into the sea. The politics are too crazy. It's an urban hell. Californians are too flaky. Pick your reason. But there are things that are undeniably nice about California. Our fall season is one of them. 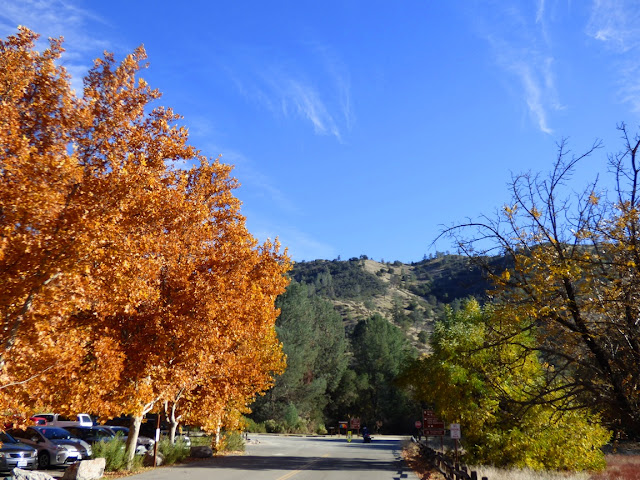 Oh, it's true that my fair state can hardly compete with the extravaganza of New England's colorfest, but that color show was over a month or more ago, and people are complaining about the arrival of winter. Meanwhile, here it is almost December, and our fall season is just getting going. And while some folks will still be shoveling snow in April, we'll be enjoying the blossoming of our almond and peach trees in late February. 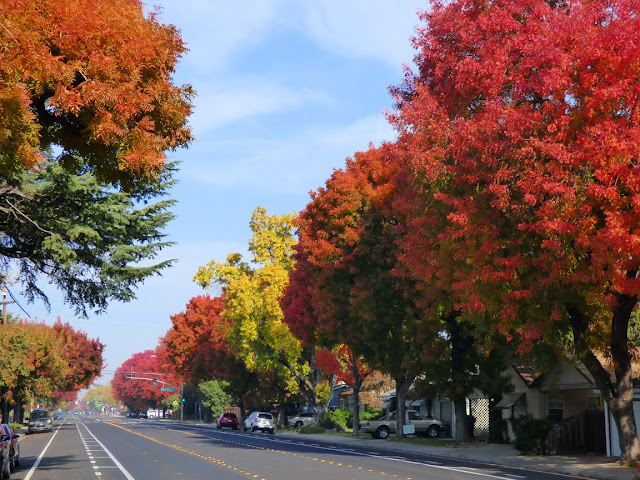 The first two pictures were snapped yesterday at Pinnacles National Park, but we have a lot of color in our supposed "worst place to live" cities too. The picture above is just a few blocks from my college. The peach orchard below is across the street from a major shopping center. In a few months there will be a blizzard of beautiful pink blossoms. 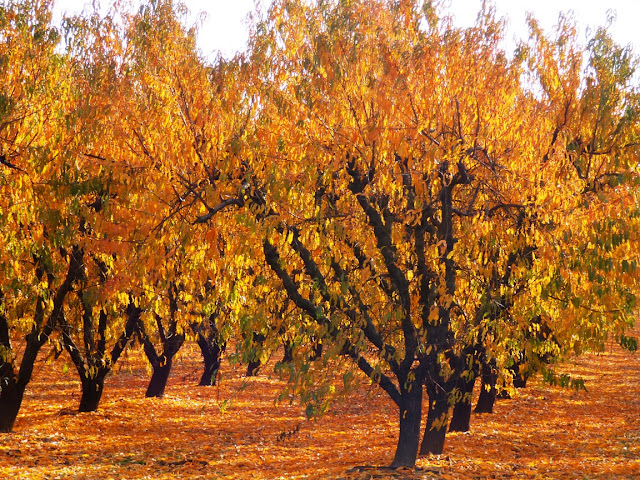 Of course, with the coming of fall, it's getting COLD. I almost thought of putting on jacket one morning the other day but decided in the end to tough it out in a t-shirt. It only got to 70 degrees outside today. I just don't know how much longer I can stand the suffering!

Anyway, enjoy the late season colors. We'll probably have an earthquake because I was being a little snarky. 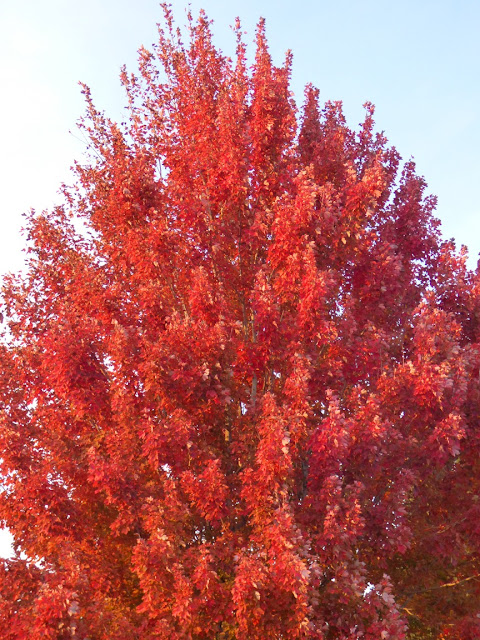 LOL--Snarky is great. Even Idaho already has snow as we bask in the warm glow and open doors to welcome the weather.