Wishes for a Happy Thanksgiving, and Safety for Those on the Road 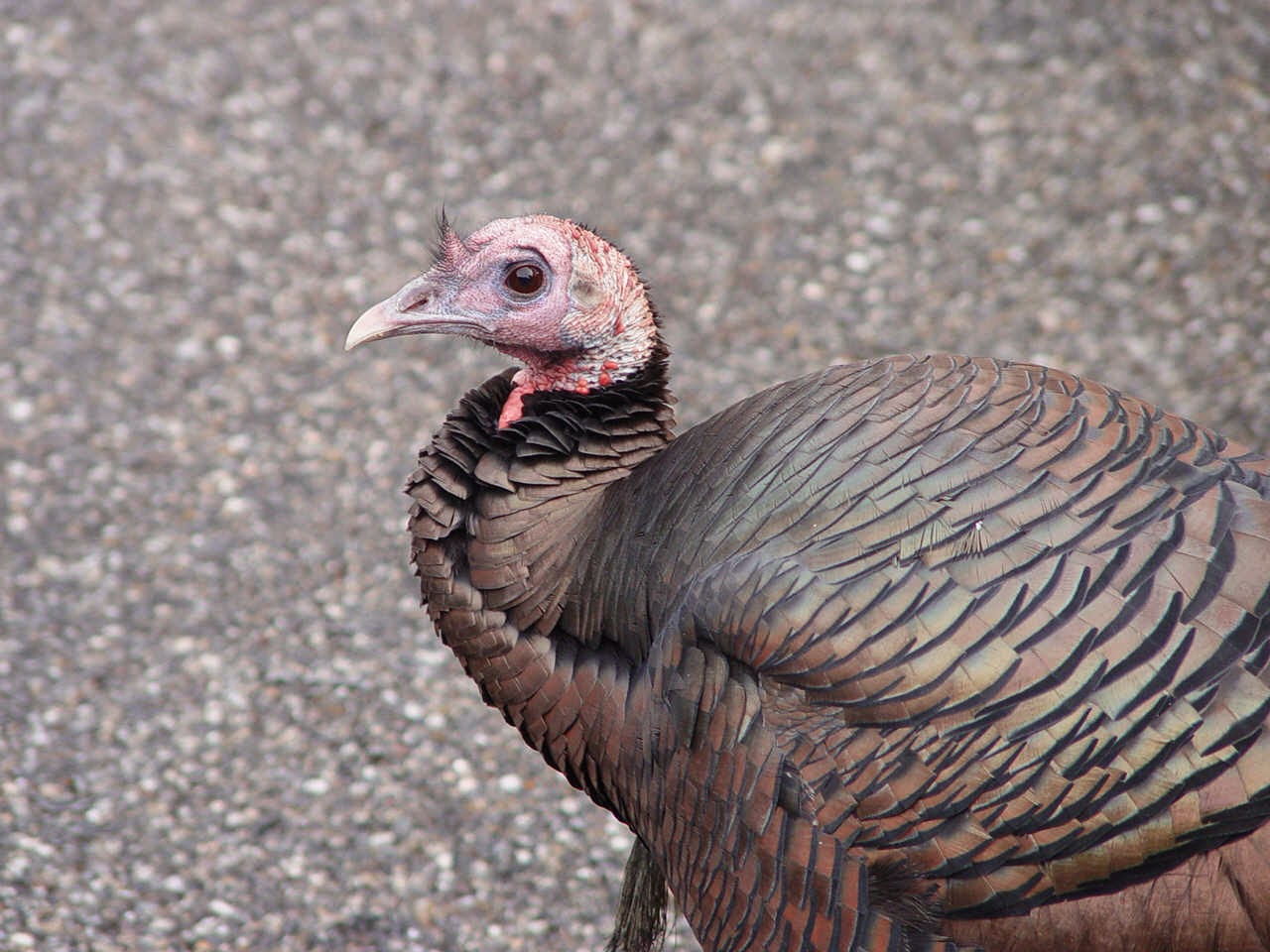 Here's hoping that you all have a fine Thanksgiving holiday and that your travels are safe and fun. I offer up one of the things that I am truly thankful for: politicians that put aside their many differences and agreed to establish Pinnacles National Park in 2013. Maybe we can all learn something from the shock of actually working together and compromising: Democrats, at dinner this week be kind to your Republican relatives, and Republican relatives, be kind back. Be thankful that we can still argue politics without fear of reprisals.

Pinnacles National Park has provided us with our picture of a turkey for this Thanksgiving season. I doubt this one will be gracing anyone's table, as he was well inside the boundaries of the park. Maybe a coyote's, but this one looked like it wasn't going to take any crap from anyone.

Pinnacles has been one of my most dependable localities for seeing Wild Turkeys (which are not exactly a native species, but they have become naturalized in this region). I've seen dozens at a time there. The turkeys can be seen throughout the Coast Ranges. It's not well-known, but the Wild Turkey was almost hunted to oblivion a century ago. Aggressive efforts at conservation and introduction of captured wild birds to new regions (including California) brought them back.

A few years back, I caught a bit of a conflict, a love triangle if you will, in Morro Bay.

Pinnacles National Park is a beautiful place with fascinating geology. Look for a couple of posts soon from our recent trip there. 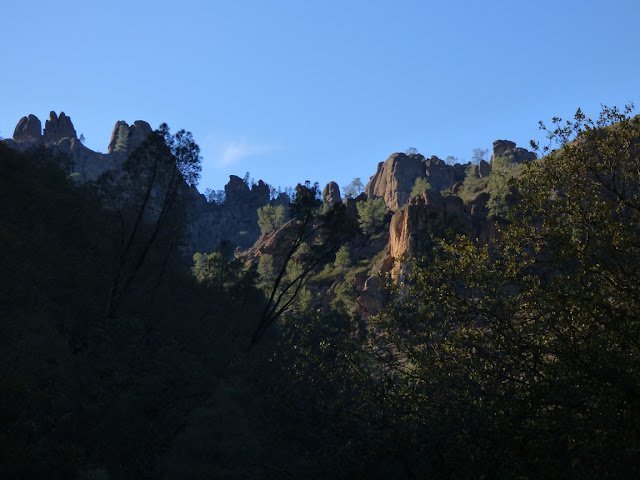 Short story of the geology: it's half of a large composite rhyolitic volcano that has been deeply eroded. Where the other half is today is part of the exciting story. The rest is the idea that you can wander around in the middle of volcano in the Central California Coast Ranges. 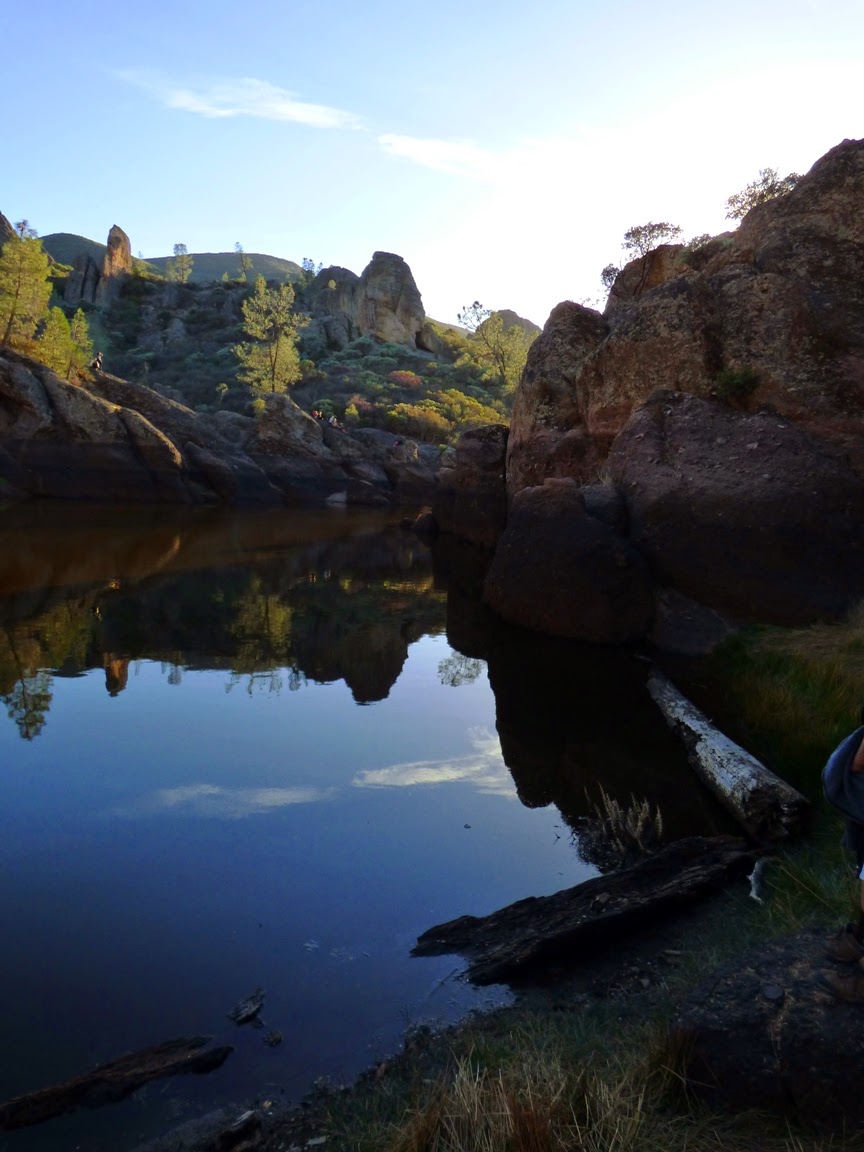 Pinnacles is a treasure. If you ever have a chance to explore central California, be sure to add it to your itinerary! In the meantime, have a safe and happy time wherever you may be. I'll be on the road, so posts may be scarce. 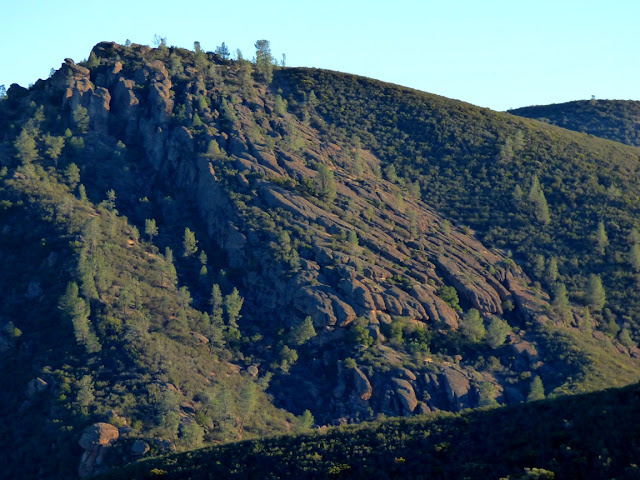 Interesting about the turkey--so not native to the Coast Ranges? My brother tells me they live in the mountains east of San Luis Obispo now. We never saw any as kids, in all the time we spent there.

and a belated joyful holiday!

I understand they are native primarily to the east and south, but were hunted to near extinction in the 19th and early 20th century. They first tried to introduce domesticated turkeys to the wild, which didn't work, and then captured some of the few remaining wild turkeys and transplanted them to new environments. They are now present in all the lower 48 states. https://www.allaboutbirds.org/guide/wild_turkey/lifehistory