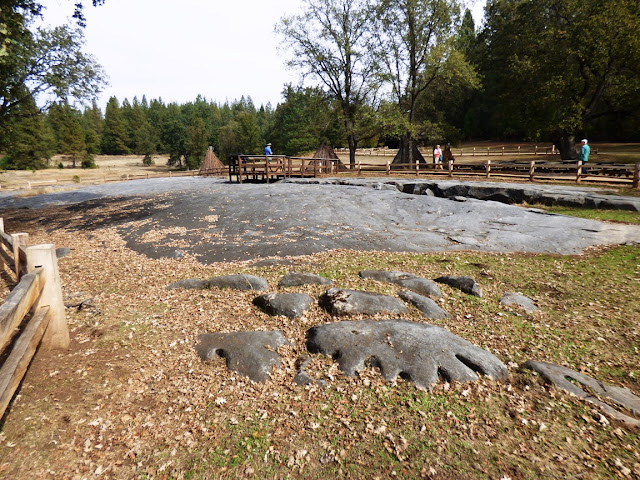 California can mean a lot of things to people: sunny beaches, snowy ski slopes, glacial canyons like Yosemite, or Redwood forests. But few people ever connect karst landscapes with our fair state. Karst topography? That's a unique terrain that develops when the underlying rock is composed of limestone or marble. It's the kind of landscape one expects to find in Florida, or Kentucky, or Ohio. But not so much in California. 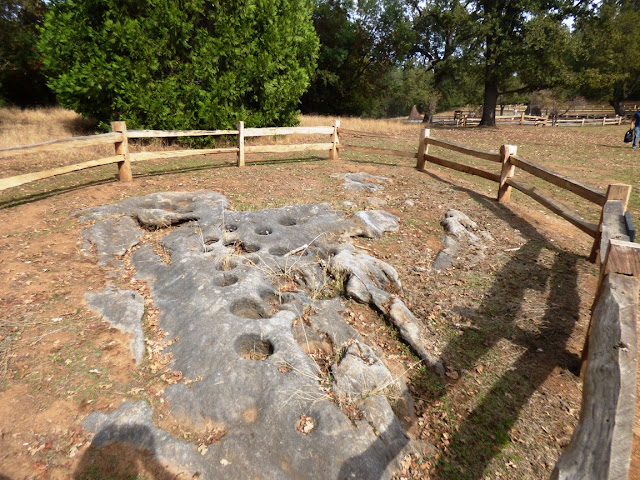 Karst landscapes are influenced mostly the solution of the rock by acidic water, forming underground caverns. Often the caverns are hidden (kind of by definition if you think about it), but sometimes the roof of the cavern will collapse, forming sinkholes. Further erosion of the landscape can produce natural bridges and blind valleys (where rivers and streams disappear underground). Most of California has been too chopped up by faulting to have extensive areas of exposed limestone; it's just not all that common around the state, but it is present in a few places. Death Valley and the Mojave Desert have large exposures of limestone, but the dry climate precludes the formation of many karst features.

On the other hand, marble is found in the western part of the Sierra Nevada, where ancient marine sediments were compressed against the edge of the continent 200 to 300 million years ago. These rocks extend from the Gold Rush town of Columbia in the Mother Lode north past Jackson and Sutter Creek. There are also outliers in Sequoia and Kings Canyon National Parks. And in these rocks, there are caves. Lots and lots of caves! More than 1,000 have been discovered over the years. A few have been developed for tours. Kids in our region often have their first underground experience at Moaning Caverns outside of Columbia, and others have toured Mercer, California, or Black Chasm caves. Crystal Cave has been an important visitor destination at Sequoia National Park for many decades, along with Boyden Cave on the Kings River. 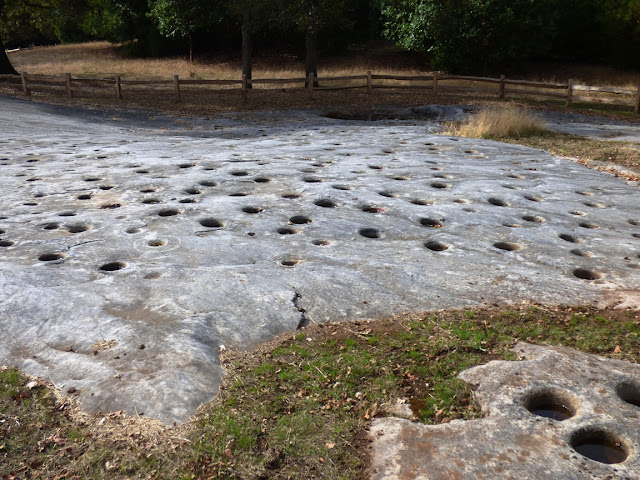 As strange as the rocks look in today's pictures, they are not actually karst features. They're human artifacts, grinding holes used by the Miwok people to crush acorns, one of their most important food sources. Most of the grinding pits in the Sierra are cut into granitic rock, but marble is a bit softer. An unusually large number of them are found in the huge slabs of marble exposed at Chaw'se State Park near the town of Volcano and Pine Grove (the park is sometimes called "Indian Grinding Stone State Park"; I prefer "Chaw'se, which means the same thing). 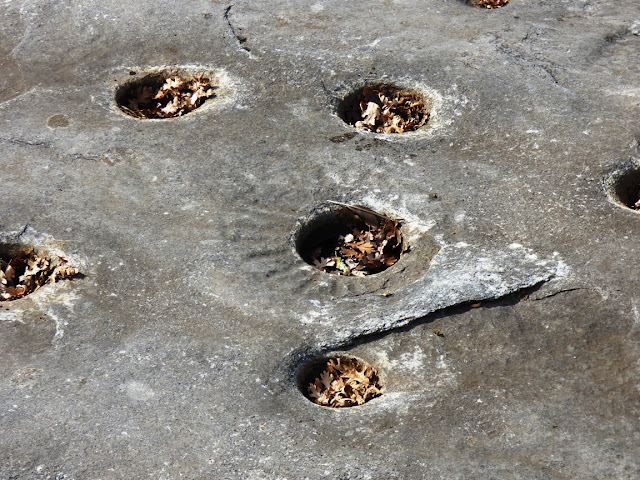 The holes preserve another unique feature found almost nowhere else: petroglyphs. Petroglyphs are a form of art or communication carved into rock surfaces.There were hundreds of them decorating the grinding holes. They've faded over the years, but some can still be seen. That they are disappearing is a sad consequence of the softness of the rock, and the susceptibility of the rocks to solution by acidic water. 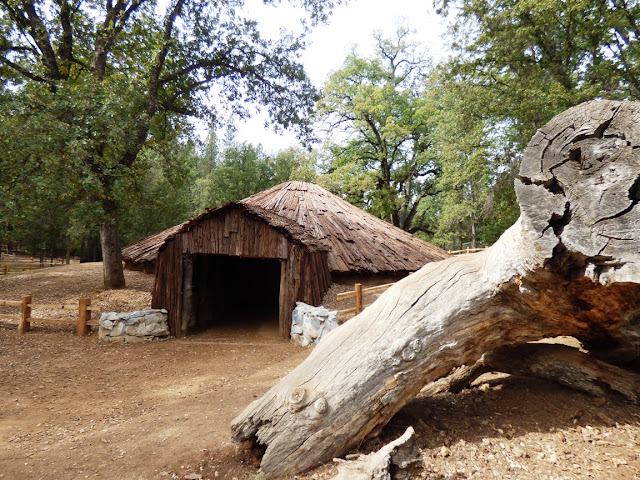 It's not surprising that Chaw'se should be an important cultural center for the Miwok people and other indigenous peoples in the region. There are bark houses and a large roundhouse at the site, and they are occasionally used for ceremonies and celebrations. 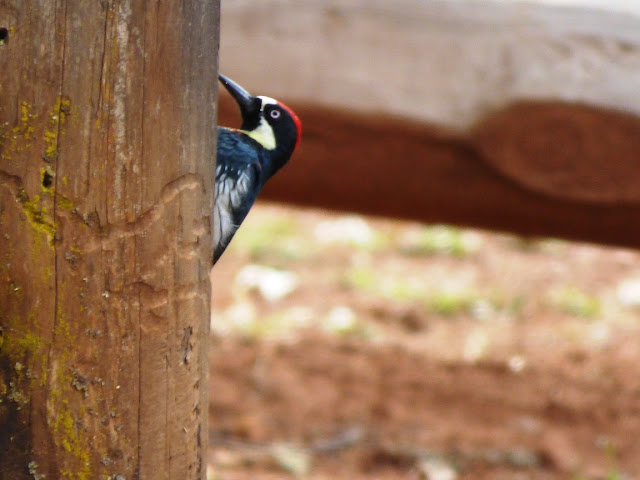 The acorns have fed more than just people. A number of animals depend on the oak seed as well, including the comical looking Acorn Woodpeckers, one of which can be seen above.

These pictures are from our field trip last week for our class on the karst topography of the Sierra Nevada. The other highlight of our trip was an exploration of one of the most spectacular caves in the American west. That visit is coming up in a future post.

For more information about the park, check out http://www.chawseassociation.org/index.html and http://www.parks.ca.gov/?page_id=553
Posted by Garry Hayes at 11:30 PM