Whispers and Echoes from the Past, When Half My DNA Visited Yosemite National Park 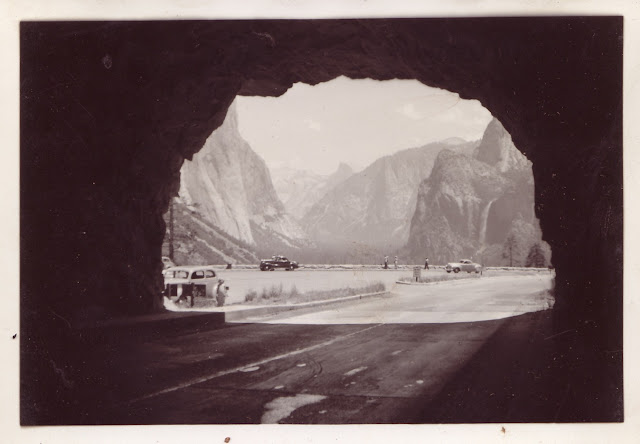 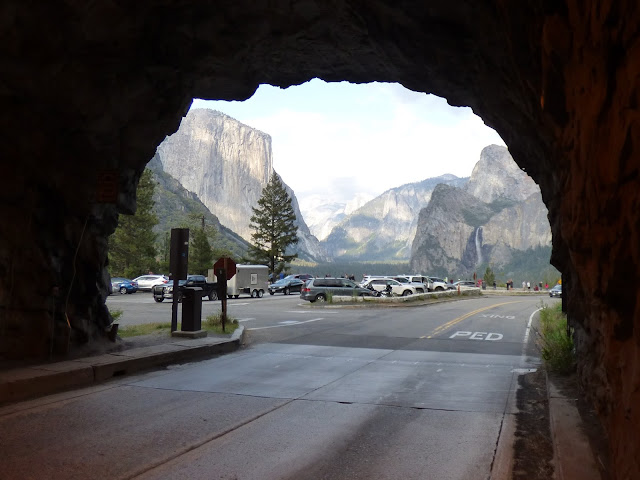 While my "Vagabonding on Dangerous Ground" journey took me far north of my usual haunts in the Sierra Nevada, I had an unexpected encounter with Yosemite National Park while I was gone. We had a brief visit with my mom as we drove home from our long trip. While there, I saw an ancient looking leather booklet, one of those little photo/scrapbooks that were popular in the days when pictures were printed on paper. It was full of pictures of half my DNA visiting Yosemite National Park in the early 1940s. My love for Yosemite is literally in my blood! 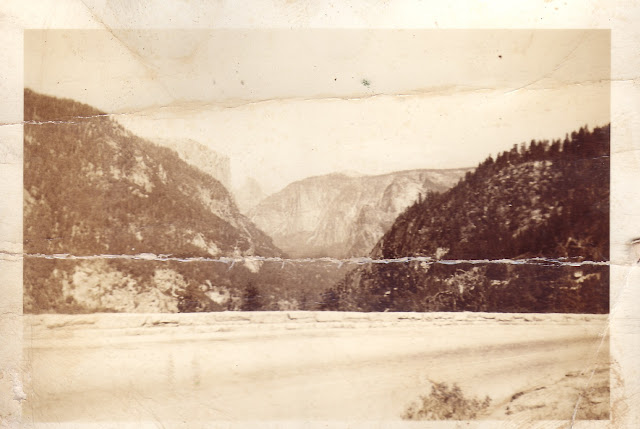 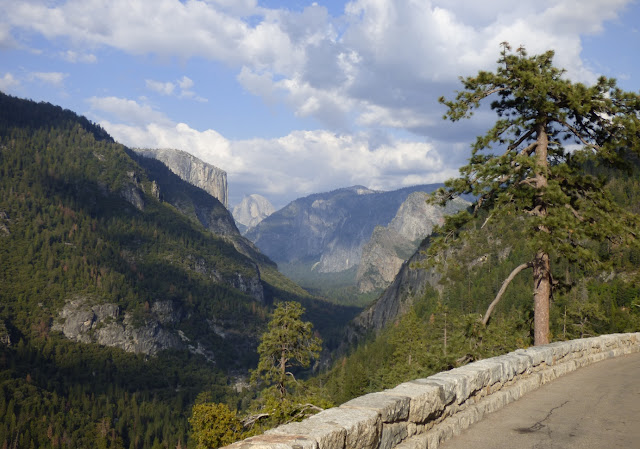 The "half DNA" of course was my mother when she was just a few years old. As I flipped through the photographs, I realized that I have been standing in these same places, snapping pictures of my own. It was possible to put them side by side. I wondered to myself, how has Yosemite changed in those 73 years? And more importantly, how has Yosemite NOT changed? 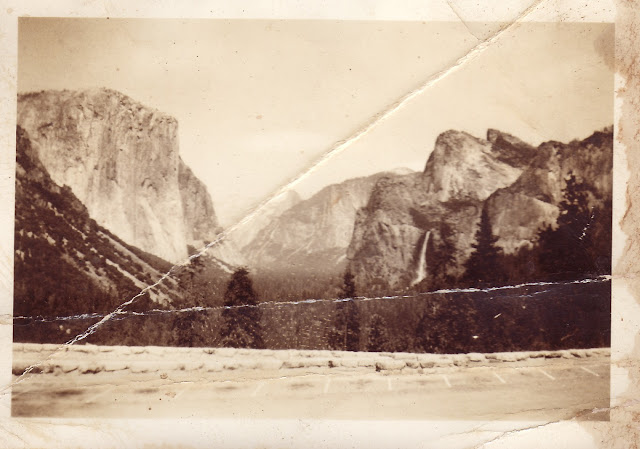 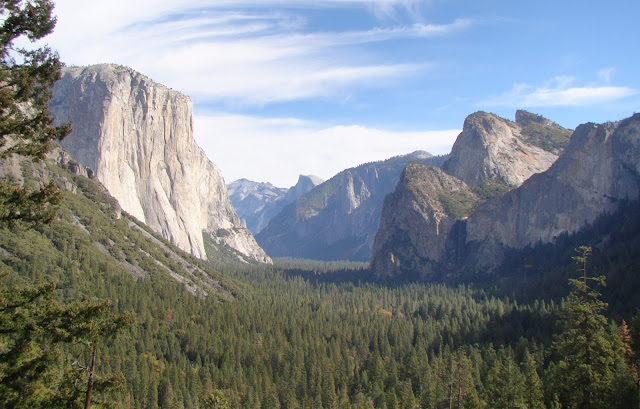 The most noticeable difference is the vegetation. Trees that are in some pictures aren't in others. That's not much of a surprise, given the fact that many trees can grow to maturity in that time period. The man-made structures underwent changes as well. The Tunnel View Parking Lot (in the top picture) was completely renovated and rebuilt just a few years ago. The "Swinging Bridge" at the Swinging Bridge Picnic Area (below) no longer swings. It was replaced by a more stable pedestrian bridge a couple of years ago. The cute little girl on the left in the picture is mom. 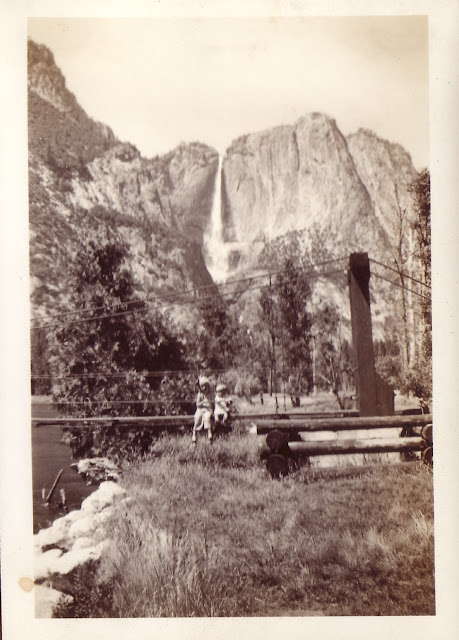 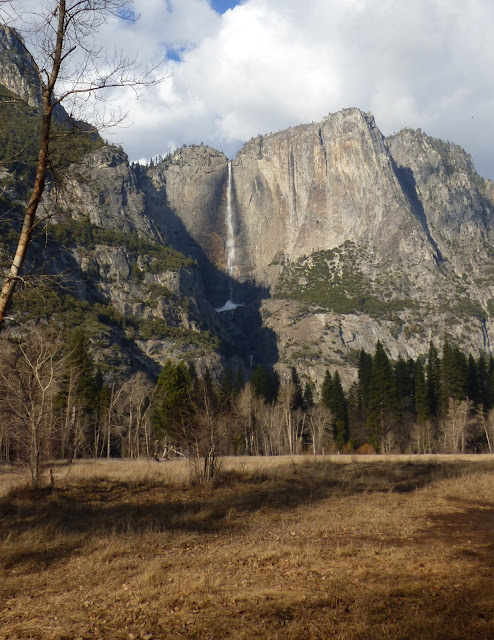 Other changes are more subtle, at least in slightly fuzzy photographs from nearly three quarters of a century ago. A number of serious geologic events have taken place, including three or four of the biggest rockfalls and debris avalanches ever witnessed in the park. I even witnessed one of them, when a large slab came off the face of El Capitan in 2010. The Ahwiyah Point rock fall in 2009 permanently changed the appearance of Half Dome, and the 1996 Happy Isles rock fall did the same to the cliffs below Glacier Point. Four "hundred-year" floods scoured the river channels in the valley in the last 50 years or so, washing away buildings and camp facilities. 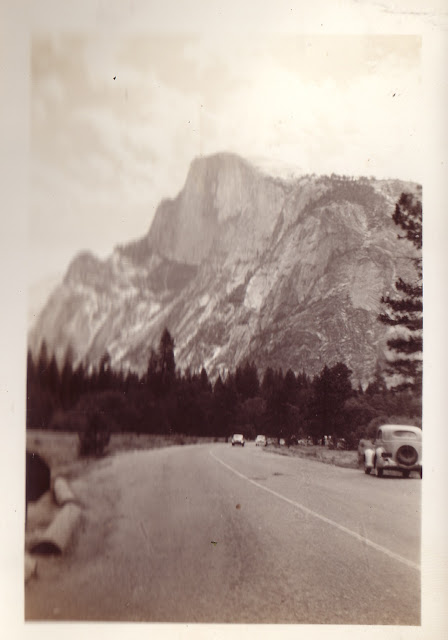 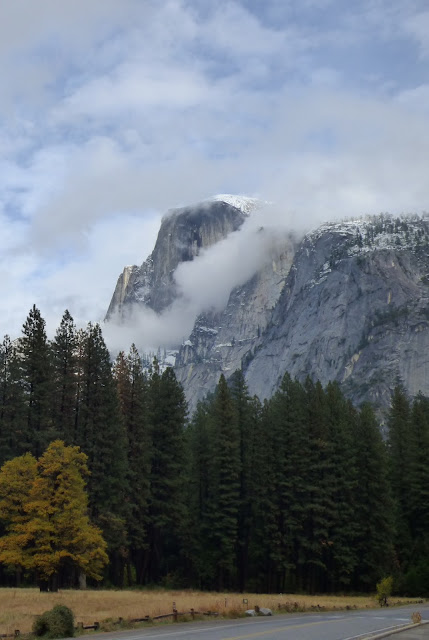 The things that didn't change are the things I realized were important. Yosemite National Park is a treasure, and the idea of preserving it for future generations was America's best idea, as the Ken Burns documentary pointed out in beautiful fashion. In one sense, Yosemite is where it all started. In 1864, Abraham Lincoln gave Yosemite Valley to the state of California, with the idea that it be preserved in perpetuity. Later, in 1872, Yellowstone became the first official national park, and Yosemite followed in 1890. The idea of protection and preservation moved forward in fits and starts, with some failures and other hard fought victories. Hetch Hetchy Valley, the second "Yosemite" in the park, was inundated under the waters of a reservoir in 1923. But the ridiculous idea of building a tramway to Glacier Point was stopped cold in the 1970s. The totally crowd-pleasing, but totally unnatural nightly firefall ended in 1968. As I looked through these ghostly pictures of the past, I realized that I've been able to experience the park much as my family did all those years ago. The park has changed, but for the most part the change as been directed towards an appreciation for the natural environment, and not towards profit-making opportunities (although that happens). 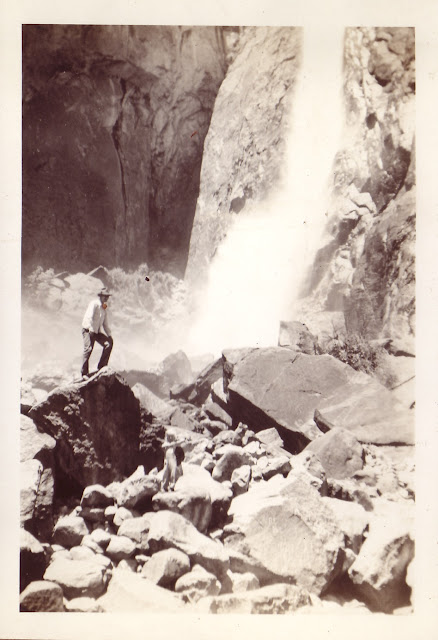 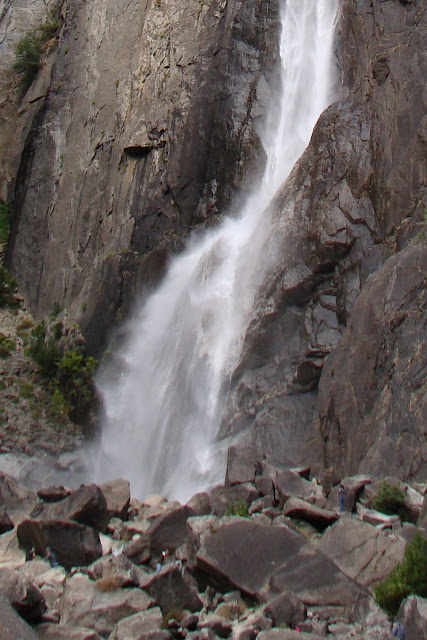 My grandparents took my mother to Yosemite in a time and in circumstances that were difficult. It wasn't that the park was inaccessible. The "All-Weather Highway" (Highway 140) was completed in 1926, and other good routes were available. But with the war going on, resources were limited. In those days it would have been quite the challenge for a family of modest means to find their way to the park from Southern California. Although it costs more these days to enter the park, one can stay in relatively inexpensive campgrounds and still have an affordable experience in one of the most spectacular landscapes on the planet. The park can be very crowded at times, but those who are willing to walk a bit can find absolute solitude in the 95% of the park that is officially wilderness land. 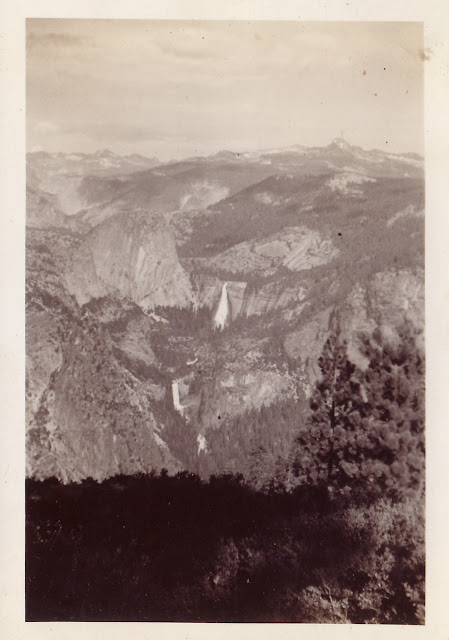 Yosemite National Park remains a wonderful place, despite budget constraints and government neglect. The rangers, park personnel, and volunteers do the best they can with the resources they are given. The idea of national parks is still America's best idea, and the parks deserve our vigilance. Threats from those who would profit from our most beautiful landscapes should be stopped, and that's only going to happen if those of us who love the parks keep the pressure on our political representatives. It's never easy, but it needs to be done. I want my pictures of today to compare favorably with the three dimensional total sense immersion photographs and virtual reality images that will be taken by my grandchildren 75 years from now.

If you want to be involved, join the Yosemite Conservancy. Most national parks have a natural history association that fights for the good of the parklands. They deserve your support as well.
Posted by Garry Hayes at 9:06 PM