Vagabonding on Dangerous Ground: The Geology That Explains Why North Cascades is a Park Divided

As I described in my last post on vagabonding, North Cascades National Park is the most strikingly beautiful national park I visited but never set foot in. The reasons become immediately clear with a look at the map of the park. There are two roadless sections, the North Unit and South Unit, and they are separated by the Ross Lake National Recreation Area along the Skagit River. And we unfortunately didn't have enough time for extensive hiking. 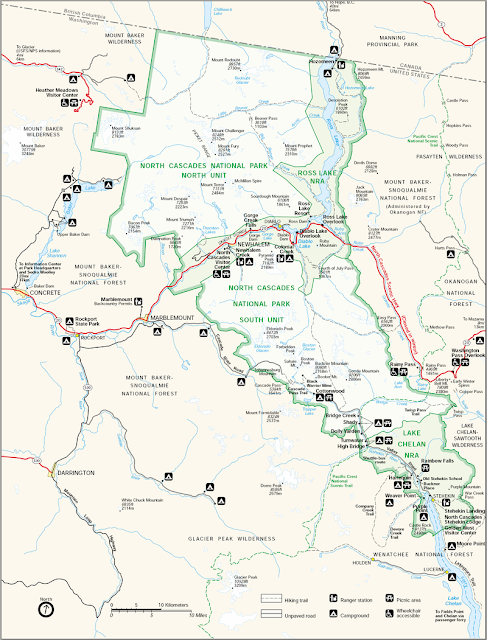 The human reason for the separation of the two park units is explained readily enough. Most national parks are established for their wilderness, geological, biological or historical values. They are not generally established to praise the engineering works of humankind. There are a series of dams and hydroelectric generating facilities in the Skagit River Gorge, and as such, they are administered as a series of national recreation areas. All of the parks and recreation areas were established at the same time, and are jointly administered by one bureaucracy. Because of the easier access (i.e. actual paved roads), the recreation area receives 750,000 visitors each year. The national park is visited by around 20,000 people a year. It would be fair to say that most of the visitors to the Ross Lake unit are there to appreciate the beauty of North Cascades. From a distance... 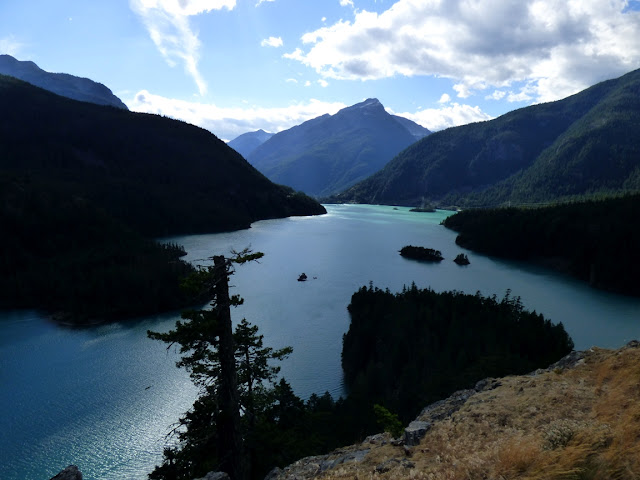 It turns out that geology had a lot to do with the circumstances leading to a separation of the two park units. We put dams where they will store as much water as possible, and that usually requires the presence of large rivers and drainage basins. Were it not for a geological event a few hundred thousand years ago, the Skagit River would have not been an appropriate place for a series of huge reservoirs (Ross Lake, for instance, has a capacity of 1,435,000 acre-feet of water. The lake is 22 miles long and extends into Canada). Prior to the ice ages, the Skagit River was a relatively small river, and the drainage did not cross the divide between the two park units as it does today. Instead, the ancient headwaters of the Skagit flowed northward into Canada, becoming part of the Fraser River drainage. 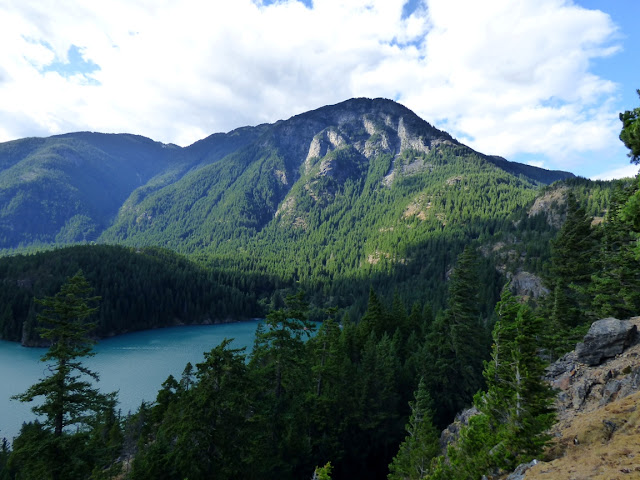 The ice ages put an end to that. A huge lobe of ice flowed south out of Canada, blocking the flow of the upper Skagit. The river backed up into a large lake, and eventually the lake breached the rim at a different location and started flowing west. The meltwater from the glaciers added to the ability of the river to carve downward, and the Skagit River Gorge was quickly cut (at least in geological terms). The river that flowed west was now many times larger, and the Skagit Gorge was too much of a temptation for any dam engineer to resist. Three reservoirs were built, Gorge, Diablo and Ross, and today they provide around 20% of the electricity used in Seattle. 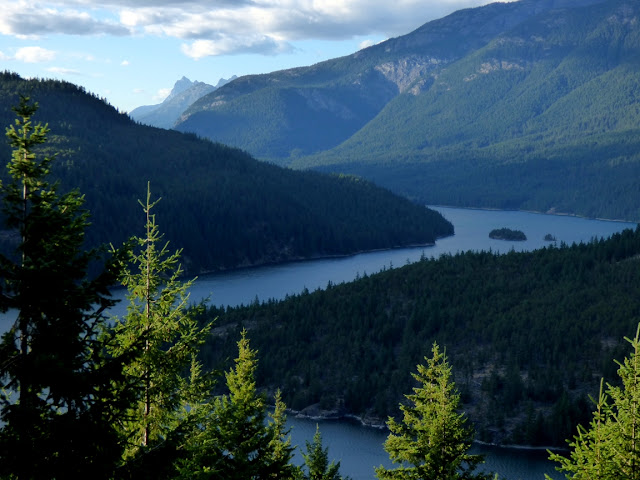 So, today we have one of the most beautiful alpine regions in the Pacific Northwest, and a once small river made far larger by a quirk of geological history. It was a marvelous sight, but there was more. We drove beyond Ross Lake and headed for the high passes beyond. More next time...

I'm glad you're covering this park. I've been wanting to go there but it's a little out of my normal range. I can see I'm going to have to make a point of going there soon.