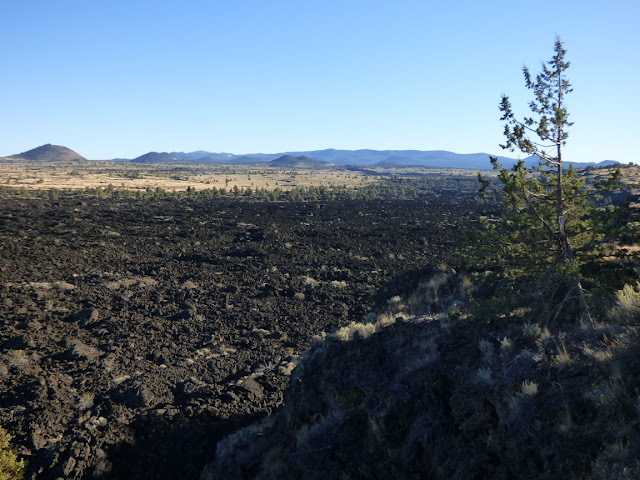 Yesterday's mystery rock was strange. Had I not been standing on the flanks of the largest volcano in California (and possibly in the lower 48 states), I would have guessed that the rock had been formed by boring (that's as in "digging", not "uninteresting") clams or some other creature. Many of you guessed the same, and I don't blame you at all. 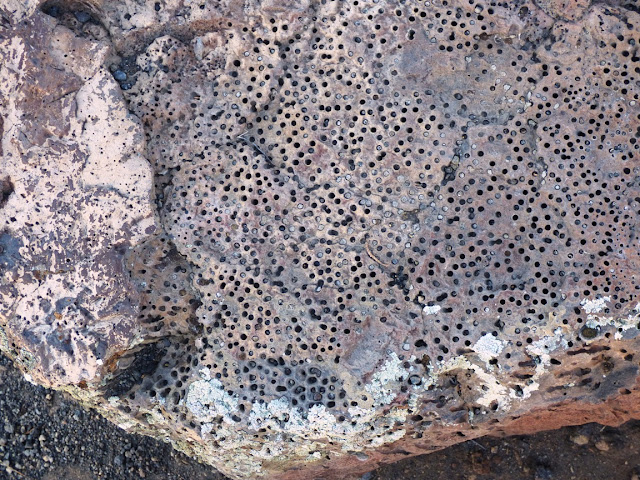 The easy answer, the quickest explanation is to say that this is the surface of a boulder of vesicular basalt, the term "vesicular" referring to the presence of gas bubbles that formed during the extrusion of  lava on the Earth's surface. The boulder was being used as a vehicle barrier at the pullout for the Devil's Homestead lava flow at Lava Beds National Monument. The monument covers a portion of the northern flank of Medicine Lake Highland, a huge volcanic shield complex along the boundary between the Cascade Range and the Modoc Plateau. 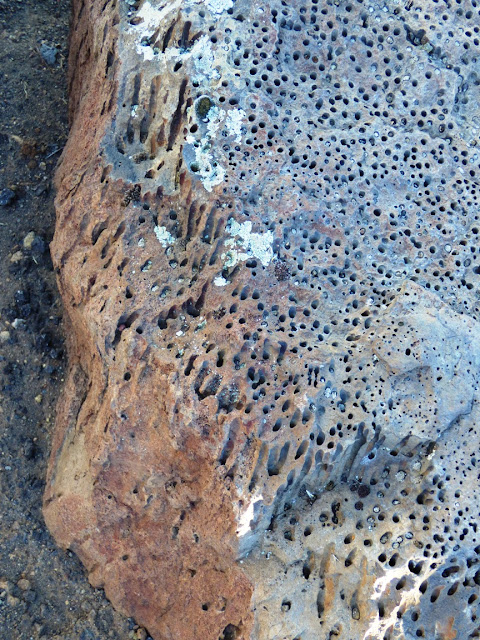 The thing is, I've never seen vesicles like this before. They are uniform in size and spacing. They also looked very strange from the side: they were the top of linear tubes running through the rock. I'm not even sure the tubes and vesicles are right side up. The rock had been moved into the parking area, after all, and could have been overturned in the process. 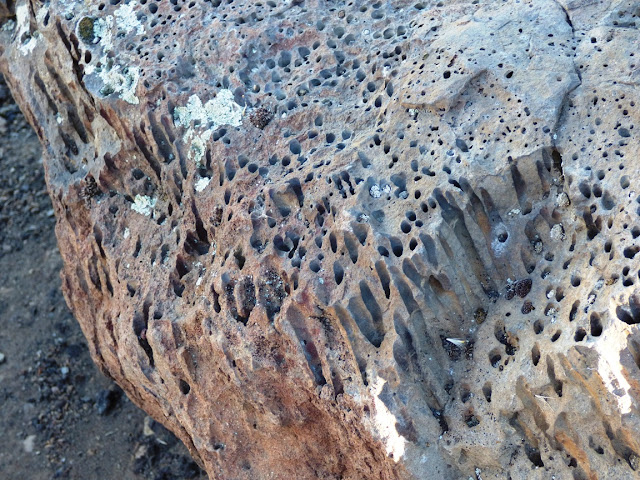 I find references to "pipe vesicles" that form when lava flows over sources of water (the pockets of steam rise through the lava), but I'm not knowledgeable enough on the subject to say that the term applies here. If the volcanologists among you want chime in, I am all ears! 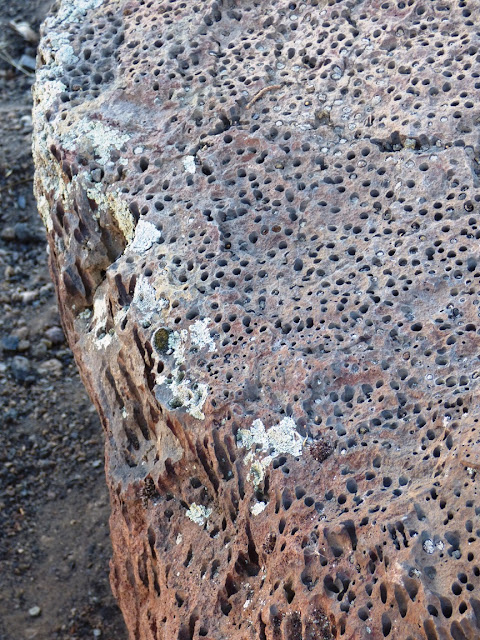 Thanks for the many responses. I love a good mystery! 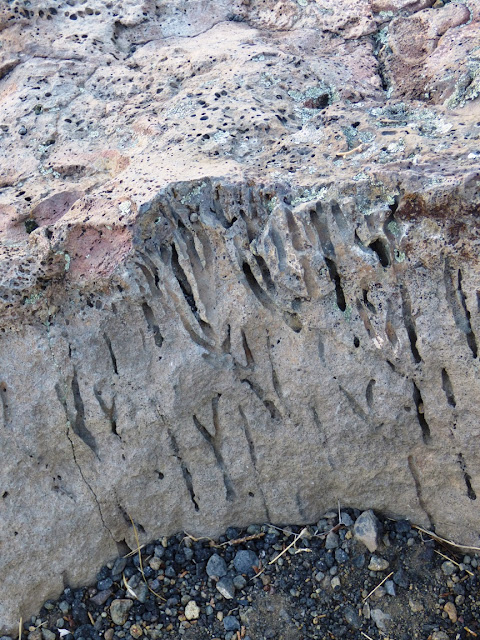