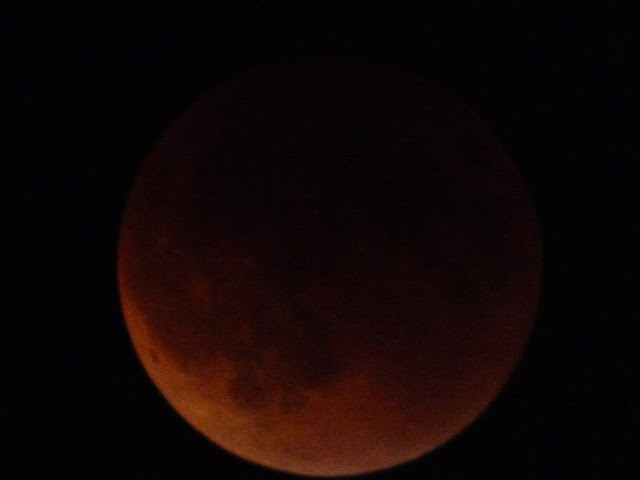 I had a nice perspective on the Blood Moon Lunar Eclipse tonight from my vantage point in the parking lot of the Olive Garden in Redding, California. Mrs. Geotripper tried to be patient when I got up every 15 minutes to go outside and take another picture. 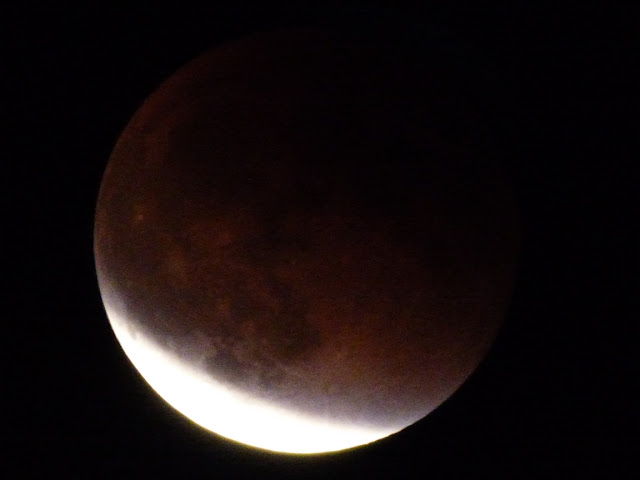 We didn't get to see the beginning of the eclipse out here on the west coast, or at least I didn't as I was driving down the mountain road from Lassen Volcanic National Park, and couldn't see the moon at all until after 8:00 PM. The boundary zone between the Sierra Nevada and Cascades is a rather prominent visual blocker to things on the eastern horizon. But we sure had a nice sunset at Manzanita Lake (see below). 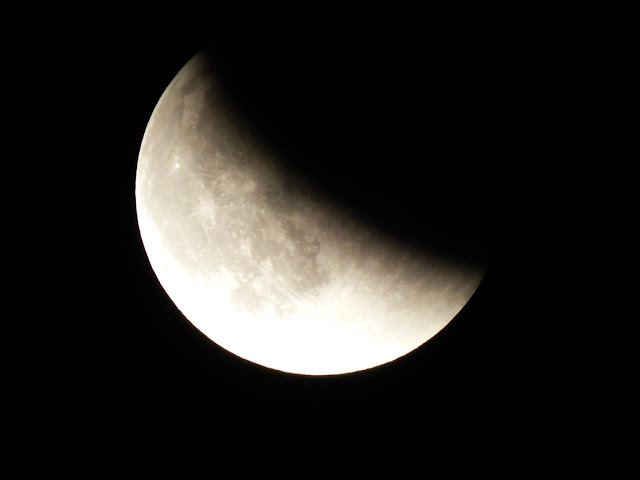 The moon appears red during the highest totality because sunlight is refracted through the Earth's atmosphere and shines across the surface of the Moon. If we had no atmosphere, the Moon would go completely dark during totality. 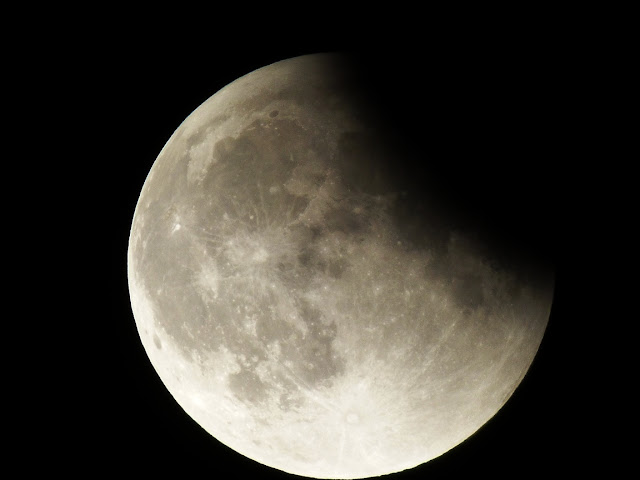 Columbus didn't discover that the world was round. That fact was known thousands of years ago from the shape of the Earth's shadow across the face of the Moon. One of my favorite teaching moments took place a few years ago when I asked an earth science class if they could prove that the Earth was spherical. They didn't do all that well ("we have pictures from space!"), so we all went outside and looked at an ongoing lunar eclipse! 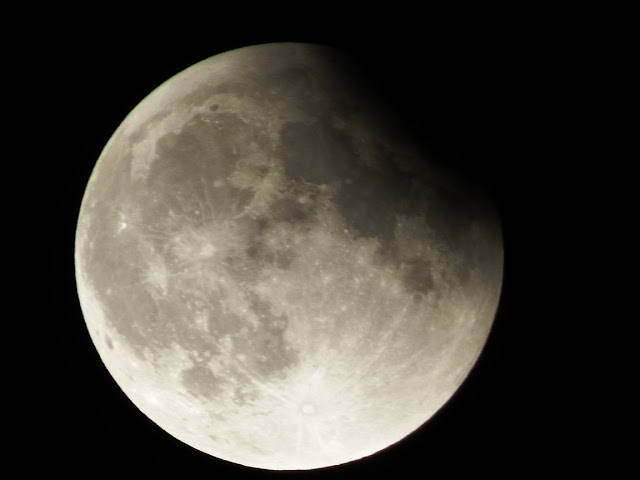 The world didn't end (at least not yet). I always get irritated at religious claims about the end times that pop up at moments like this. I'm truly sorry that people can be so gullible about this sort of thing. If one is going to be convinced about their particular religion's claims that the world will end because of a lunar eclipse (or comet, or solar eclipse, or whatever), it's like saying that the sun is predicted to rise tomorrow and therefore the world will end. If a phenomenon is going to be convincing as a sign from God or the gods, then it should be totally unexpected. Like a solar eclipse when the moon is in some other part of the sky. Or the sun coming up in the west. Or planets changing the direction of their orbit. That would be worthy of attention. 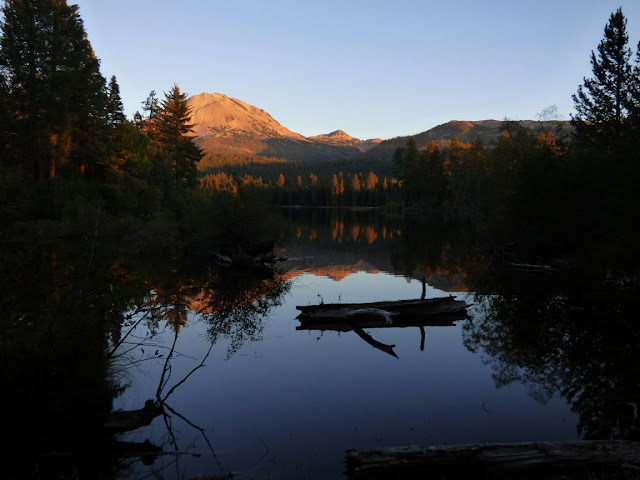 This, by the way, is why I wasn't in some place with a view of the eastern horizon. The sunset on Lassen Peak at Manzanita Lake kind of distracted us. A little.
Posted by Garry Hayes at 11:13 PM