California's Endemic: Yellow-billed Magpie on the West Campus, Back from the Brink, Maybe? (from Geotripper's CA Birds) 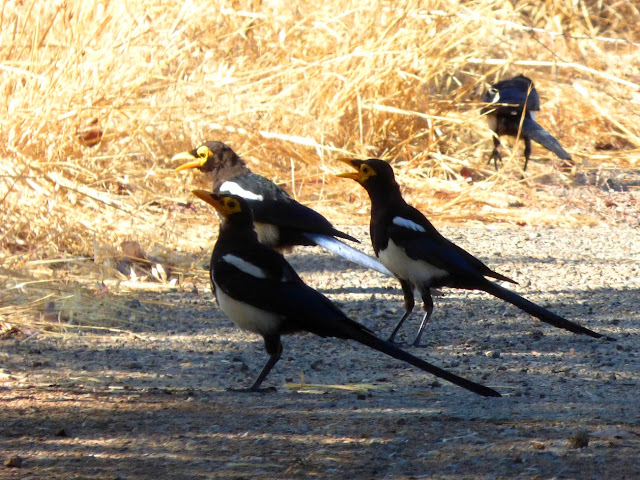 Note: Occasionally the subject matter of posts that I put on Geotripper's California Birds spills over into areas that may be of interest to those interested in the geology I cover at Geotripper. This is one of them, so I've re-posted it here:

California has precious few endemic species of birds. In one sense, this fact seems odd, given the many ecological "islands" in California, isolated environments where evolutionary pressures are the greatest. There are high alpine environments, desert mountain ranges with relict conifer forests, and valleys isolated by high mountain ranges, for instance. I have a feeling that the geology of the state has something to do with it the distribution of birds. There are many environments, but the orientation of the geological provinces is mostly north-south, and routes exist for birds to spread far and wide, crossing political borders into Baja and the Pacific Northwest. There are low exit points from places like the Great Valley and low passes over the margins of the Sierra Nevada. Other vertebrates can't surmount these boundaries the way flying birds can, so the trapped reptiles, amphibians and mammals show a great deal more species variation and endemism (is that a word?). 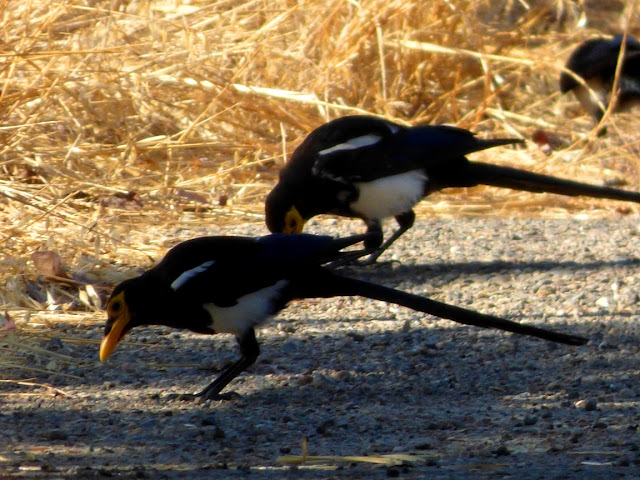 Endemic species are also vulnerable. Highly specialized species living in a single environment are subject to population disruptions when that environment is altered by the appearance of an invasive species or new disease. We've seen that on a human scale in our state. The indigenous people of the state were almost completely wiped out in the early 1800s by malaria and other diseases, with mortality rates estimated in the range of 90%. Our endemic Yellow-billed Magpies (Pica nuttalli) almost met a similar fate, and only a few years ago. 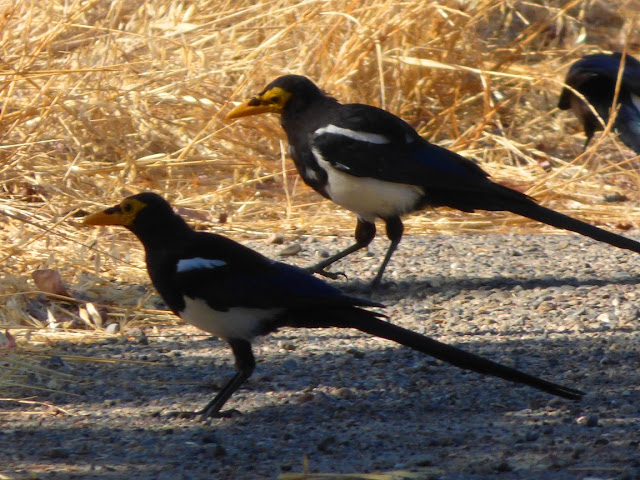 In 2004, West Nile Virus reached California and the effect on the Yellow-billed Magpie was nothing less than catastrophic. They had almost no resistance to the virus (95% mortality), and their tendency to gather in large flocks made transfer of the virus inevitable. Within two years the population crashed, dropping from an estimated 180,000 birds to 90,000. By 2007, some research suggested that the population had been halved again. Only 5% of the living birds tested displayed any kind of antibody response to the virus. That's an extinction threat. 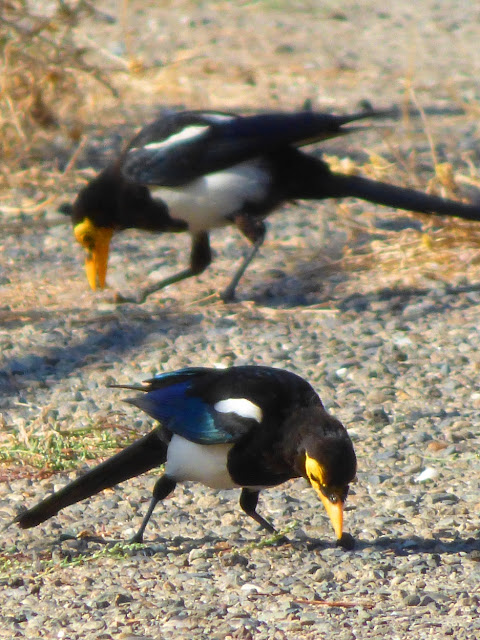 I have memories of big flocks of the Magpies in our region, and I've not seen anything like them in my travels of the last few years. I was so very pleased to come upon a small flock when I was walking the perimeter of our West Campus on Tuesday. There were a dozen or so birds, and that is probably the largest group I've seen in some time. I saw more of them this evening in my neighborhood as well. I hope it is a good sign. They are gorgeous spectacular birds, and it would be such a shame to lose them. 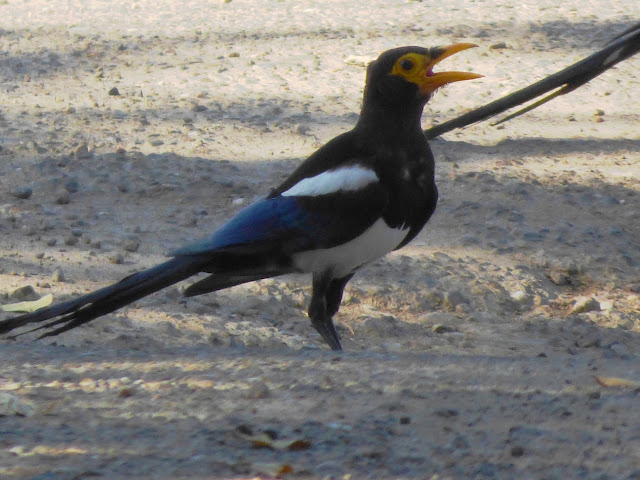 I can't find any more recent data on their populations. If you know anything, please feel free to contribute to the comments!
Posted by Garry Hayes at 11:42 PM

Pica nuttallii-- named for the great botanist/naturalist Thomas Nuttall, by John James Audubon: "I have conferred on this beautiful bird the name of a most zealous, learned and enterprising naturalist, my friend Thomas Nuttall”

I had to comment as he's a hero of mine, plus I just did a blog post about the guy. Such an amazing person...so passionate about natural history, and really lived his dream.