"There Can Be Other Occupants" Wait, What? Notes from the Volcano Underworld 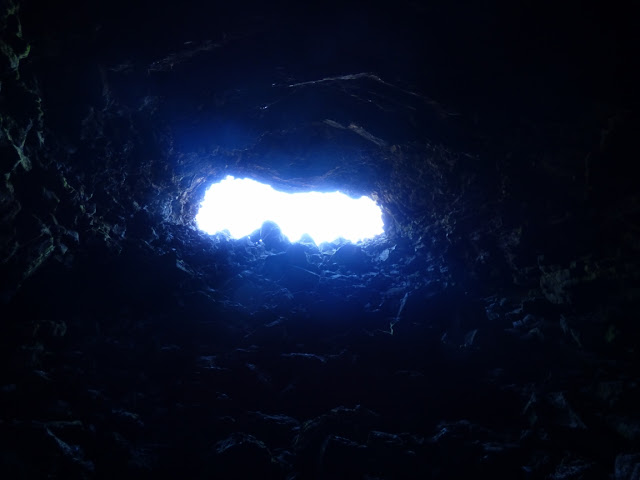 Yeah, that's something you want to think about while stumbling around in a dark cave. And for a government sign, that is almost eloquent. I spent the weekend exploring the flanks of the largest volcano in the Cascades, and thus, I assume, in the lower 48 states (all bets are off when we speak of Hawai'i and Alaska). It's called Medicine Lake Highland, and practically no one has ever heard of it. Chances are that it could be the next volcano to erupt in the lower 48, at which time everyone will hear of it. With at least 17 eruptions in the last 12,000 years or so, it has potential. 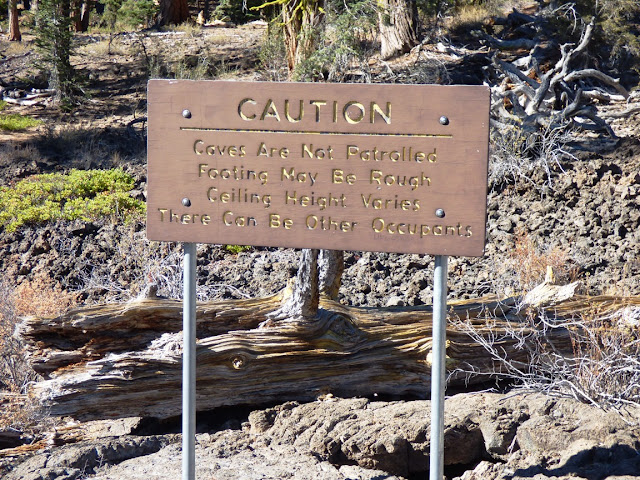 One of the most unique aspect of Medicine Lake Highland is the prevalence of lava tubes on the mountain. Just one flank of the volcano, preserved as Lava Beds National Monument, has around 700 individual lava tubes with a combined underground distance of more than 75 miles. A cave system within the Giant Crater Flow on the south flank of the volcano can be traced for 14 miles. That's where I was exploring yesterday. 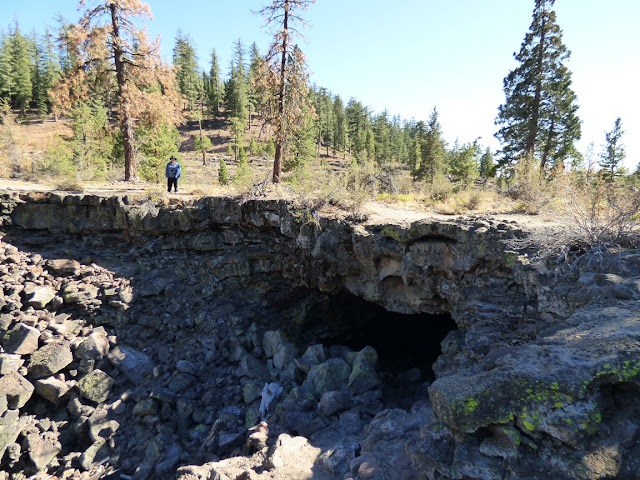 Dot Jean Cave is part of the Giant Crater tube system. Lava tubes form when the lava flow crusts over but the lava continues to flow beneath. The tube system may eventually drain, leaving behind the caves. Dot Jean is easily accessible, just off the National Forest Road 49 a few miles from the summit area. The cave is unique because it doesn't have openings at the lower end. This means that precipitation and cold air can drain into the cave, but can't drain out. Even in summer the ice that accumulates doesn't completely melt away. The ice actually kept me from exploring very far into the cave. There was an ice cascade that would be easy to slip down and very difficult to climb back up. 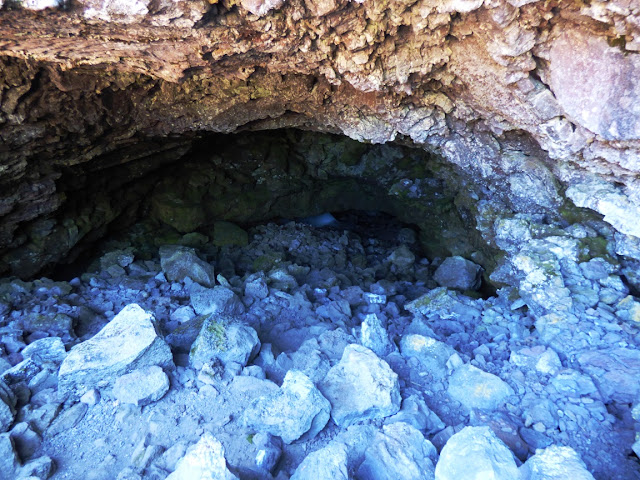 It wasn't hard to get to the large ice mass at the top of the slide though, so I made my way down, while watching for the "other occupants" of the cave. What or who on Earth were they hinting at? I guess we were pretty close to Sasquatch country, so I'll figure that's who it is. 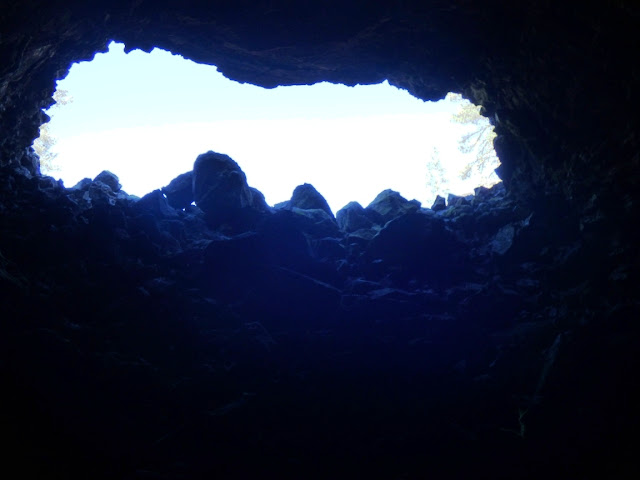 The ice mass in the upper part of the cave is large and fairly translucent. It refracts and reflects light from the cave opening above and appears to glow with an eerie blue inner light. It's almost unsettling. 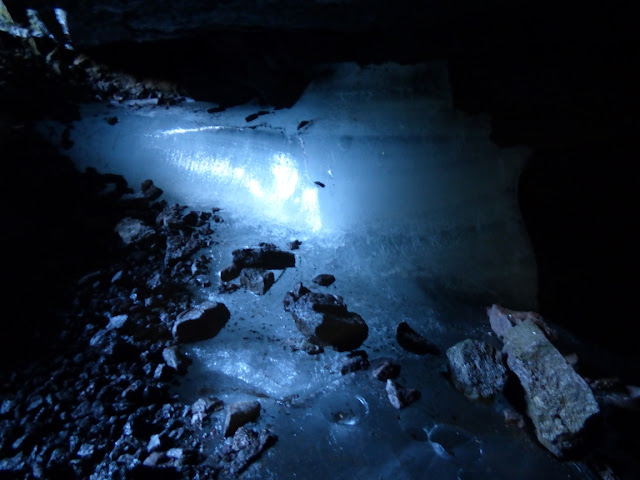 It is strange to walk through a cave that has existed for less than 11,000 years. Medicine Lake Highland is a short of hybrid shield volcano that has erupted a variety of lavas, including basalt, andesite and rhyolite. The most recent eruption was only 900 years ago, and high geothermal gradients and the occasional earthquake swarm indicate that magma still lurks within the mountain. Yes, I did indeed spend some of my time on the mountain this weekend hoping to see an eruption, but no dice. This time. Last I heard, the eruptions were about 30,000 yrs ago. I may be wrong, but this is the most amazing place!